Gunshots I Have Known: Part 1

From rural PA to the Bronx. 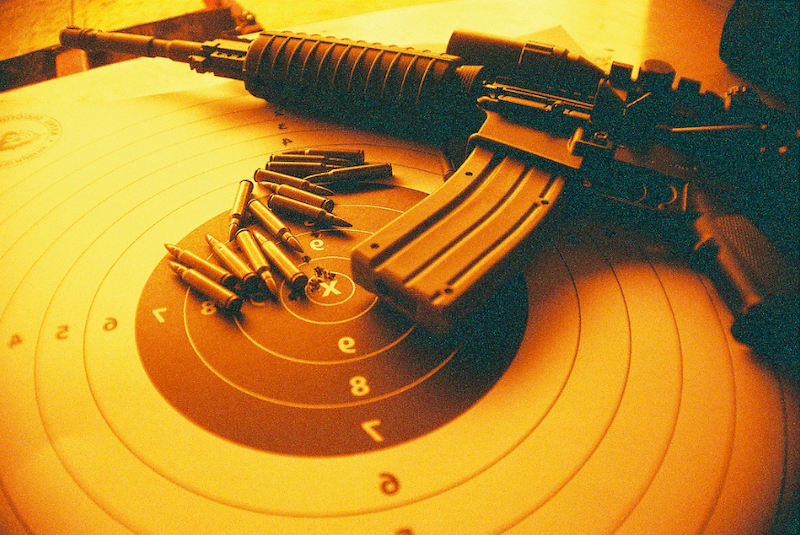 Guns have never played a defining role in my life, so it's been unsettling whenever I've had to confront their presence.

My Dad's family came from northeast Pennsylvania coal country. Some of our relatives lived a few miles away from a gun club. For many years during my early childhood this gun club was merely the source of a faint background noise echoing through the Lehigh River Valley. Its pops and bangs were as ambient as rumble strips on the nearby highway, or the buzzing orchestra of cicadas, bird songs, and rustling leaves that gently shook the Penns Woods all summer long. Though I'd never shot an actual gun in my life, one day I asked my Dad if we could go down the trail by the river to visit the gun club's headquarters, a decrepit old house with boarded up windows that seemed barely inhabitable. Ever the cautious parent, Dad gave no straight answer.

A day or so later, Dad came back from running errands for my elderly bedridden aunt. Once he packed away some groceries he walked up to my Mom interupting her as she was knitting. He looked gloomy, but also amused. It was a strange expression I'd never seen on his face before. I was in another room pretending to watch TV while trying to eavesdrop on my parents. Though I couldn't make out much of what they were saying, I understood enough to know that they were talking about the gun club. Eventually their little chat ceased and my Dad went outside to smoke a cigarette. Once he was gone I walked up to my Mom and asked her point blank, "So are we gonna visit the gun club or what?" My mom furrowed her brow and gave me a soft low reply, "No. You're father just went down there. He said they were all drunk and had a buncha whores down there."

Fast forward a few years and many miles down the highway. When I was 11 or 12 I had a crew of friends that used to go on big bike journeys all over the semi-rural neighborhood where I grew up. The walking paths and bike trails in this area existed way before I was born. Most of them had been created by the local fire department and public utility companies so by design these trails constantly zig-zagged through private and public land.

One day me and a few other kids hit a trail that went into a dense corn field. This stretch of trail ended in the backyard of a private residence belonging to a local hermit named Piker. As we rode along the edge of Piker's backyard, less than 200 feet from his house, I noticed a horiffic sight out of the corner of my eye. Piker opened his backdoor and unleashed 2 hulking rotweilers. The angry beasts charged us at breakneck speed. The next few minutes were a blur: the dogs yelped in pain as one of my pals nailed them with handful of rocks; lush greenery went rushing by as I pedaled on my bike faster than I ever thought humanly possible.

After what felt like an eternity of uphill riding, we reached a wire fence that bordered Piker's property. Our bikes cascaded all over the place as we threw them over the fence and started to scale the rusty metal. Before we hit the ground we heard the first of several shotgun blasts echoing and reverberating, punctuated occasionally by Piker screaming,

Was he shooting at us? Were they warning shots? I don't know, but in a flash we cleared the fence, got back on our bikes, and headed for freedom, careening up and down rolling farm field hills, scaring the hell out of an unsuspecting herd of cattle who scattered in all directions as we blazed through the bucolic scene.

Nearly 30 years later while living in the Bronx, I was lying around my apartment late one Friday, grinding out some weird piece probably a lot like this one when my concentration was suddenly broken by the jarring sound of yet another shotgun blast. This time, however, I knew it was definitely not a warning shot...