These are rough and treacherous seas we’re sailing here. 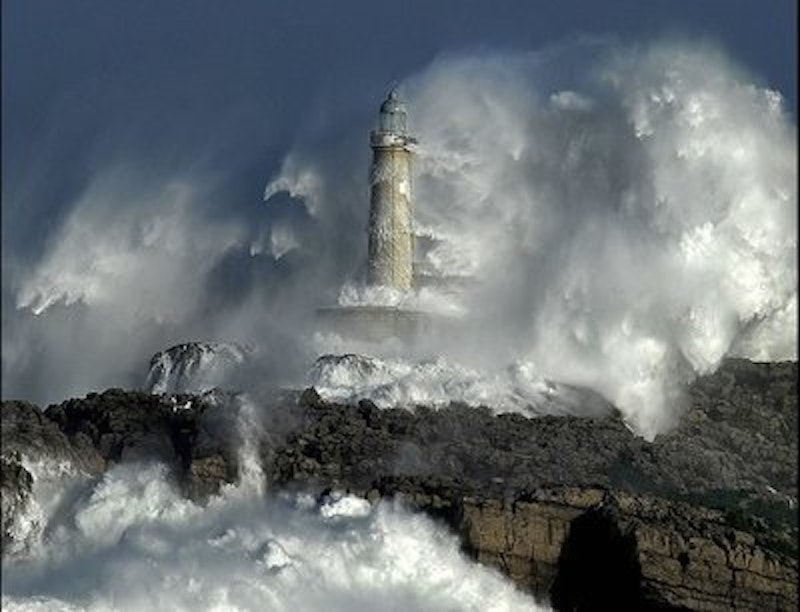 Two days before I hooked up with Circus Una, I was awakened at dawn from a fitful sleep by a calm voice not unlike that of the HAL-9000 computer in Stanley Kubrick’s 2001. It said, “Be the lighthouse. The storm is here, and it’s only going to get worse.” I’d been wallowing in cynicism and misanthropy, pretty much ready to give up entirely on the possibility of ever having a positive effect, however slight, on the wretched masses of humanity.

I was hoping that Circus Una might help with my lousy mood. That voice and what it said got stuck in my head like an ABBA song. I’m apprehensive about it, because as Rilke says, “Every angel is terrifying.”

The National Park Service website informs us that a lighthouse “...is a tower with a bright light at the top, located at an important or dangerous place regarding navigation (travel over water). The two main purposes of a lighthouse are to serve as a navigational aid and to warn boats of dangerous areas.”

These are rough and treacherous seas we’re sailing here, me hearties, and we’re all in this boat together. It behooves us all to pay attention and avoid distractions. The New World Order as envisioned by the Globalists is dying of internet-induced septicemia. One of its chief architects, Zbigniew Brzezinski, said as much shortly before his death. The world is not going to turn into a Disneyfied version of Red China. The problem is that it isn’t dead yet, and in its death throes, it’s more dangerous than ever. Desperate people do desperate things, and fabulously wealthy psychopaths thwarted in their ambitions can’t be anything but big trouble.

Somebody really wants to trigger a race war in this country. The level of racist vitriol considered acceptable by the mainstream media as long as white people are the target is unprecedented. I just read one of the most viciously racist rants I’ve ever read by Ta-Nehisi Coates in The Atlantic. Alongside his frequent use of the word “nigger,” he makes repeated reference to the “Blood Heirloom” of white heritage. I’m not a Blood, Mr. Coates. I’m an old white guy. The Bloods are your “heirloom.” Murder, rape, and other violent assaults against white people by black perpetrators are radically disproportionate to white-on-black attacks. Shut the fuck up about race for long enough to get through this storm we’re all in. If a race war kicks off in this country, you won’t be on the winning side, and the ship itself will break up on the rocks of your race obsession and pathological hatred of the white race. Nobody in their right mind wants that.

Coates’ editor at The Atlantic is a fellow named Jeff Goldberg. I suggest Goldberg re-read the article, substituting the word “Jewish” for “white” everywhere it appears, and see how it reads. If I live until the stars go out, I’ll never understand why some people just refuse to comprehend that the more you stir shit, the more it sticks.

Most people aren’t bad. I’m disinclined to hang out with them regardless of race for a lot of reasons, but most people are just leading their lives, working, struggling, experiencing pretty much the same weird ride. They don’t have time for hate. If you want to hate somebody, hate the creatures who are trying to divide us, and express it by not buying into the idea that a person’s race defines who they are. George Soros seems like a terrific candidate. Focus your hate on him, maybe he’ll die.

Circus Una improved my mood immeasurably. We’re all on the high wire, without a net. The only way out is through, and the only way through is to remain steady and shine a light on the rocks to warn the others and stay above the churning waves. Don’t be the ship. Be the lighthouse. The storm is here, and it’s going to get worse.