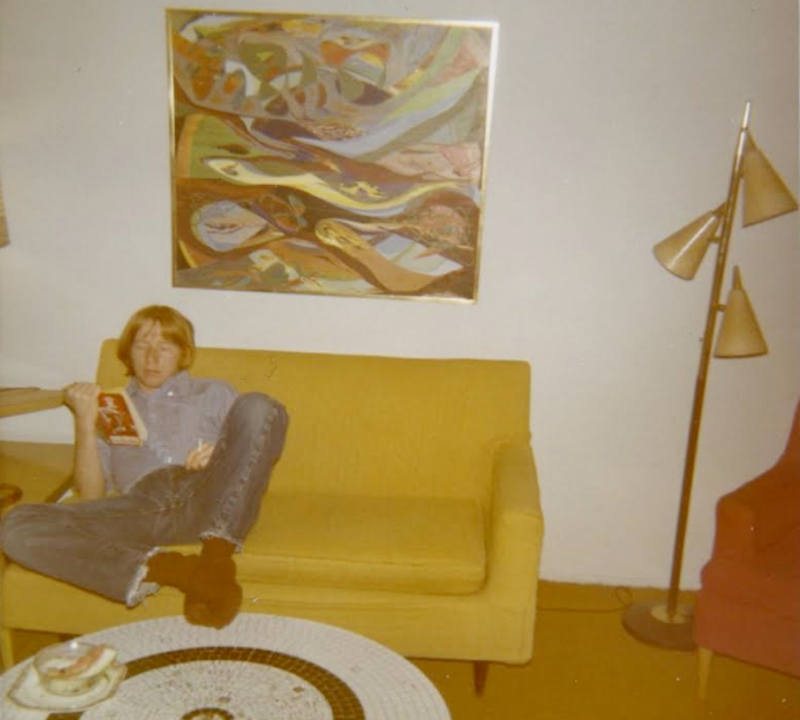 There was an oddball—I’m generous here—article in last Sunday’s New York Times “Review,” a plea from author Daniel Handler, aka Lemony Snicket, for publishers (those that are still in business) to lard Young Adult Fiction for teenage boys with more sex. A teaser on the front page of the section read, “Boys need their own Judy Blume,” even though Handler doesn’t mention the well-known author once. (More evidence that the Times doesn’t give a shit about copy editors any longer; even if digital revenues are allegedly soaring!) Even worse, the essay wasn’t far removed—generous again—from an out-and-out advertorial: Handler has a new book coming out on August 29, All the Dirty Parts, and I’d guess his agent received a pat on the back for placing the article in the Times.

Handler begins with a furrowed brow: “What interests teenage boys? You’re smirking, but this is a question that occupies many of us in the field of young people’s literature. It’s well-documented that girls are reading more than boys, a statistic of increasing concern.” I’d bet this was always the case, but more importantly, Handler doesn’t address the much more important statistic: young people (and their elders, for that matter) don’t read much of anything in 2017. It’s as if Mr. Snicket was still living in 1988 before the exploding Internet 10 years later (though publishers of books and periodicals refused to recognize that) and video games siphoned off leisure reading time from kids, and assigned books from school were skimmed at a higher rate.

His conclusion: “The books I read as a teenager, sex and all, made me a better boy and then a better man, just as literature continues to make me a better husband, a better father, a better feminist. I want that for my son, and for all my young readers of every gender. Let’s not smirk at their interests. Let’s give them books that might engage them.”

Translated: Handler, 47, wants more sales for All the Dirty Parts, which is about a sex-obsessed male high school student, and is pissed it’s not being marketed as YAF. Talk about taking Norman Mailer’s Advertisements for Myself to heart! Handler writes about his own teenage “ravenous” reading—Baudelaire, Milan Kundera, Oscar Hijuelos, and Anais Nin, for example—which he enjoyed not only for the superb writing, but for the juicy parts as well. Maybe the author lives in a cocoon, a feminist one at that, and doesn’t realize that online pornography is a quicker portal to the “good stuff,” not to mention that adolescents today are sexually active at an earlier age and don’t need to comb through Baudelaire, John Donne, or Chaucer to feel buzzy in the loins. Obviously, many teens today, some precocious, some not, read a lot of books, but it’s simply not a cultural staple anymore.

Like Handler, I also was a dedicated reader as a pre-teen and teenager, a pleasurable habit that continues to this day. And while I loved the “good parts,” it wasn’t the impetus to hang out at the library or make purchases at the local bookstore. I mean, there were skin mags to furtively check out at drugstores. Portnoy’s Complaint and other Philip Roth novels brimmed with sex, but it wasn’t so explicit in the works of Dylan Thomas, Charles Dickens, Joan Didion, J.D. Salinger, Thomas Wolfe, Sinclair Lewis, Tom Wolfe, early James Joyce, Burroughs, John Steinbeck, Hemingway and Fitzgerald, John Barth, William Carlos Williams, Kurt Vonnegut, and so on. There was Allen Ginsberg and Henry Miller, of course, but sex was just part of their appeal. Richard Brautigan let it all hang out, but his poetry and novels were so light that even though I dug the hippie vibe, I knew he was a trendy imposter.

As an activity, reading books (or periodicals) just isn’t done in the same numbers today, excepting the fantasy titles. I boarded an Amtrak in the early-'90s, and bumped into a high school buddy, and after we shook hands, made the requisite “You haven’t changed!” comments, he put down his paperback. Jimmy was by no means a scholar, more street-smart, but reading was just a part of life for people of my generation.

In the 1971 photo above, my brother Gary, then 20, is shown in our living room in Huntington, watermelon at the side, smoking a cigarette and reading, like he did every day. My brother Doug was prodigious in his consumption of books: high-brow, low-brow, he didn’t care, and read so fast that he’d collect a carton of finished titles and then go to the used bookstore and trade them in.