We talk, we teach, we learn. 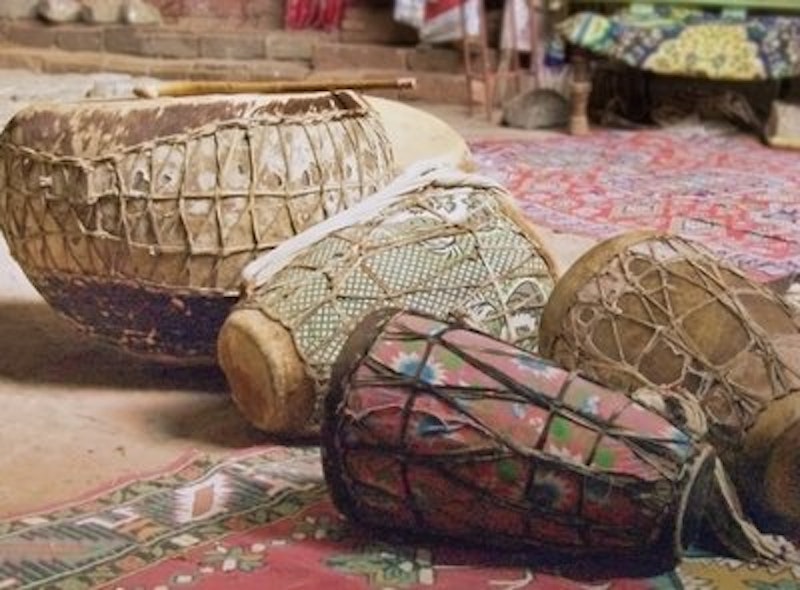 His name is Eyasu. In his native tongue of Amharic this translates to “God rescues.” I heard his voice before I ever saw his face. I was parking my car in the garage behind my apartment when I heard a beautiful, resonant lullaby echoing from inside a neighboring garage. The melody was soft and soothing with words that sounded African. The accompanying music was a percussive rhythm like a marimba or xylophone.

When the garage door opened, a short man with loose dreads and coal black skin stepped into the alley. He wore a white dashiki, linen pants and bright yellow shoes. He regarded me with a smile then lit a cigarette.

“Was that your music,” I asked.

He told me he was from Addis Ababa. He came to America in 2016 on a P-3 Visa to perform traditional African music. He lived in a small room above an Ethiopian restaurant on Fairfax in Los Angeles. He rented out the garage to record his music. I told him I was a drummer in my younger days and he proudly showed me his drum collection. He had a djembe from Mali, a Nigerian talking drum, a Sudanese ashiko and an Egyptian tabla. He invited me to jam with him any time.

Over the next few months, I saw Eyasu often. We spoke about his family back in Ethiopia, how he was the youngest of six children. His father was a taxi driver and his mom sewed dresses on the side to help pay the bills. He played me a CD of his musical hero, Mulatu Astatke, the godfather of Ethio-jazz. He also played me a dance tune he was working on.

“Back in Ethiopia, everybody wants disco. Here, everyone wants electronica. I haven’t got a feel for this yet.”

One Friday night I encountered Eyasu wearing a talis and a yarmulke. I was taken aback.

“Shabbat Shalom,” he said. He smiled and gave me a warm embrace. “I’ve heard about Ethiopian Jews,” I said hoping to demonstrate my worldly knowledge. “Don’t they call you Falashas?”

His face sagged as if I’d punched him in the stomach. “That’s a derogatory term,” he said. “It means ‘outsider’ or ‘foul person.’”

“We’re called Tzaddiks, righteous ones. Our ancestry goes back to Menelik, the son of King Solomon. We observe the Sabbath, we go to synagogue, we keep kosher. We’re devout Jews even though our fellow Jews don’t always accept us.”

He invited me to a Friday night Sabbath service in Venice where he’d be performing religious music. I took a rain check. I didn’t tell him I was a lapsed Jew, not wanting to hurt his feelings a second time.

A few weeks later we shared a pot of tea and Ethiopian sugar cookies in his garage. I sat on a large pillow as he sang a hauntingly beautiful rendition of “Hatikvah,” the Israeli national anthem. He spoke about his love for Israel and his numerous trips to the Holy Land. He said the highlight of his life was singing with Israeli chanteuse Ofra Haza at a Tel Aviv bar in the late-1990s. The two kept in touch and discussed a musical collaboration until her untimely passing in 2000. He still regrets missing her funeral but he didn’t have the time or money to make the proper travel arrangements.

I asked why he came to America. “For a new life,” he said. “I love my country but it has a lot of problems. People are starving. They are very poor. My brothers and sisters, they are married with families. I too could have married. Instead, my music is my family.” He caressed the skin of a goblet-shaped doumbek drum as if the instrument was a prized pet.

I asked him about the recent travel ban and if he was concerned about being kicked out of the United States. “If it’s God’s will, then so be it. I am a guest here. It’s not for me to criticize American laws. I love this country, I feel grateful and honored to be here. If the politicians decide I must leave, then I will leave.”

The last time I saw Eyasu was in early June. He gave me his customary hug and then said he was traveling back home to visit his mom who was sick. “You’re coming back, right?” “Of course,” he said with a smile. “I’ll only be gone a few weeks.”

He gave me a CD of his music called Songs for the Sabbath. He also gave me a DVD of an Ethiopia concert he recorded in 2005.

About a month later, I was leaving for work when I noticed Eyasu’s garage door wide open. The garage was completely empty. I saw a beaten pickup truck nearby packed with all of Eyasu’s drums and instruments. A Latino laborer stood by the back of the truck locking the liftgate.

“What are you doing,” I asked. He stared at me in silence.

“That stuff doesn’t belong to you.”

“Talk to the property owner. He paid me to clear everything out.”

“Where is the property owner?

“Give me the owner’s number right now or I’m calling the police.” He pulled out his cell phone and flashed the number. I dialed. After a few rings an elderly man with a thick Jewish accent answered. I told him I was a concerned neighbor and a friend of Eyasu. I wanted to know why Eyasu’s belongings were being moved.

“He left the country,” the man said.

“The stuff isn’t yours. You can’t just take it.”

“If you don’t pay rent, you get evicted. That’s the law.”

“What are you going to do with his things? “Mind your own business,” the man said. Then he hung up on me. I stared into the open garage. Everything was gone, including the Ethio-jazz poster that had been tacked to the back wall. I thought about Eyasu, wondering if I’d ever see him again. His words echoed in my head. “If it’s God’s will, then so be it.”