Two for Joy: Joining the War on Unhappiness

The power of positive thinking. 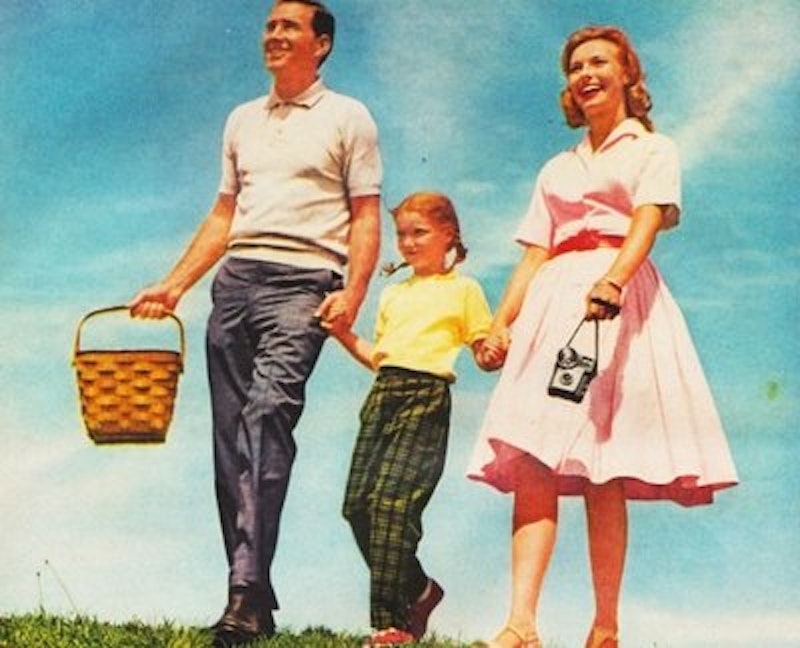 I AM A PREEXISTING CONDITION.

That’s the Twitter thumbnail of Ana Marie Cox, a popular journalist, frequent talking head on TV and founder of the website Wonkette. Cox has been open about her struggles with alcoholism, depression and bipolar disorder.

Cox deserves sympathy for her struggle and respect for her openness, yet when I saw the PREEXISTING CONDITION thumbnail I couldn’t help but think: is this the kind of sentiment that would be shared in an earlier age? Not only by sunny optimists like Ronald Reagan, but even those who had been through hell—say, the boys who survived World War II?

The answer is no. Nobody wants to return to the days when people would attempt a smile when battling a mental illness, when minorities were frequently terrorized, or when all patriotic Americans donned a salubrious smile. Yet the world’s become so clogged with sarcasm, pessimism and rage that it represents a collective neurosis that’s out of step with reality. We’ve turned negativity and anger into virtues, signs that a person is beneficent, tough (ironically), politically “woke” and brave. We no longer use words like lovely, dreamy, delightful and resplendent. Instead, when someone impresses us—usually, like Beyonce, with a virtue-signaling display of rage that “slays”—we don’t feel ourselves transported to a more positive place. We just have our anger and most negative prejudices re-enforced. Beyonce doesn’t elevate or, like Motown in the 1960s, give a jolt of joy. She “slays,” “destroys,” or “kills it.”

This is not a reflection of reality, which has plenty of sorrow and compromise, but also moments of happiness and, dare I say it, bliss. Mitch Horowitz is a chronicler and budding expert on the history and nature of positive thinking—what Horowitz calls “New Thought.” He’s the author of the books Occult America, One Simple Idea: How Positive Thinking Reshaped Modern Life, and Mind As Builder: The Positive-Mind Metaphysics of Edgar Cayce. Horowitz has traced the history of New Thought from its origins in America in the 1800s through Ronald Reagan, who was influenced by positive thinking guru Manly P. Hall.

In a 2016 piece in Medium Horowitz argued that cynicism was winning the battle against positive thinking. The cost was great: “But if America loses its smiley-faced coffee mugs and ethic of better tomorrows — themes extolled by presidents ranging from Ronald Reagan (‘nothing is impossible’) to Barack Obama (‘yes, we can’) — we also risk losing a basic part of what makes our nation work. Consider online banter. The level of invective is bottomless on Twitter, comments sections, and virtually everywhere in the perpetual open-mic night of digital culture. Americans once turned to books like Dale Carnegie’s How to Win Friends and Influence People (1936) to learn how to behave appropriately in professional environments and get things done inside large organizations. (Key insight: agreeable people win.) Yet our generation is almost hostile to the lessons of civility held by the previous one.”

Since the 1960s, liberals have become dark and dour prophets of American doom, which can only be prevented if we enact this program or overturn millennia of understanding about human sexuality. Many of them scapegoat politicians for their own mental issues, their street theater a form of therapy. They’ve turned our media and a lot of our popular culture into a mental ward.

Now in the age of Trump, too many conservatives are following suit. In the decades following the 1960s conservatives adopted the outlook of pro-American optimism, but that sanguine philosophy has gone into hiding for many of the establishment Right after the election of populist Trump. The Twitter feeds of once-positive neoconservative thinkers like Jonah Goldberg and Bill Kristol have become a non-stop, all-day anti-Trump drizzle. To use the prison parlance that had taken over our popular culture, Kristol has become a whiny little bitch.

A few months ago I got laid off. It was the capper to a very difficult couple of years. There’s been anxiety and depression, but also moments of bliss. I’ve spent time swimming, swing dancing, reading and doing films. I’ve also been listening to the music of Philip Glass, the great composer who turned 80 this year. In his autobiography Words Without Music, Glass, whose music is suffused not only with beauty but joy, recalls rejecting the gloomy postwar philosophers like Camus who followed World War II. “Their work was heavily nihilistic and oddly narcissistic,” Glass writes, “and these sentiments simply did not play well to the aspirations of a new and powerful generation of Americans who came up after World War II. Their books struck me as full of self-pity and despair at the meanness of their lives and the inability to find meaning therein, and my generation was impatient with all that.”

Glass had no interest in being a preexisting condition.