Go on the cheap. 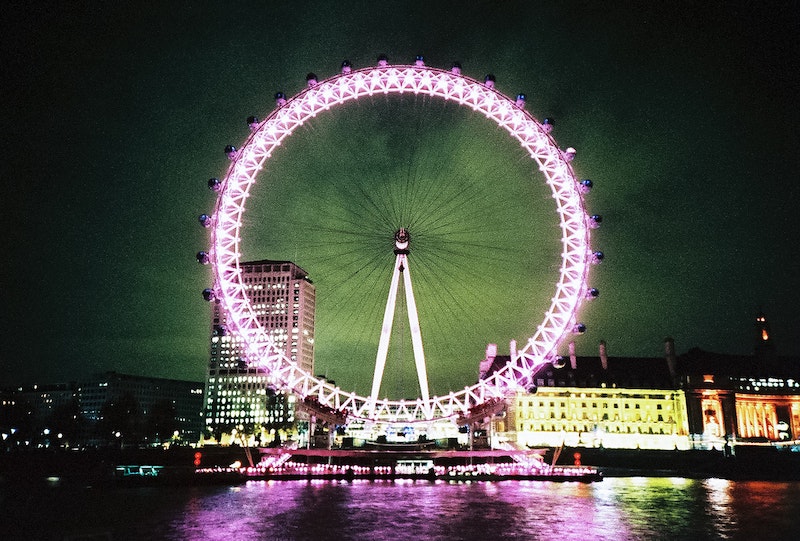 Traveling abroad can be cheap if you know how to do it right. You don’t need thousands of dollars to have a great time. The money you save by spending less here and there means you have more to spend on cocktails, concerts, museums, restaurants, or whatever else tickles your fancy. I’m no travel expert but what I’ve learned is that it’s cheaper to travel less like you’re on vacation and more like you’re being yourself, doing things you would be doing already only in a totally different place. A few tips below.

Voyage Privé is amazing. The site offers “luxury” deals in virtually all of the world's destinations, and if you sign up for the emails you’ll get updates on their best deals to fabulous locations for eye-popping prices. I’m talking beach destinations, luxury, views, the works, with criminally low prices.

I’ve stayed in my fair share of hostels, and while I don’t have anything against them: bedbugs! I know, I know. Bedbugs don’t discriminate. They could be at your Airbnb and you could get them from the guy you slept with last night. The art of finding a cheap place to stay, though, is knowing how to comb through Airbnb and Misterbnb (the gay Airbnb!) and look for places that don’t include a security deposit in their booking and don’t charge a cleaning fee that’s high AF. If you’re keen for a hotel, use an app like HotelTonight, which lets you book outrageously nice hotels at incredibly cheap prices. ProTip: if you have an early flight, pack light, bring your bag (preferably only a small backpack) with you, and stay out all night. Go straight from the club to the airport!

Leave Your Money at Home

The best way to budget when you travel is to leave your money at the hotel. When you swipe your card or go to an ATM, depending on your bank, you get charged fees you’ve never even heard of before. Instead, take out a lump sum and only bring what you think you’ll need on a daily basis. Leave your cards at the hotel, too, so that if you get pick-pocketed, you don’t lose everything. I like to take a picture of my cards so that if I do lose one I can at the very least Western Union some money to myself until I get a new card.

Whenever I take a cheap flight within Europe I almost always go by Norwegian. It’s cheap, comfortable, and the planes are nice. But what most people don’t know is that Norwegian also has sickening fares between the U.S. and Europe, sometimes as low as $200 one way if you know where to look! Right now a round trip flight from Los Angeles to London on Norwegian is around $500. Wow!

Uber gets expensive and taxis can be hard to find on a Saturday night. Can’t deal. That’s why the best way to get around a new place is to jump on a bike. Sure, you could simply buy a weekly subway pass for convenience, but that would be so lazy and boring. You’re tied to the last train and the first one, plus you probably won’t use it as much as what it’ll cost for the weekly pass. Also, what if you lose your pass? Money down the drain. You’ll have so much more leeway (and fun) on a bike. Imagine coasting down all those little nooks and crannies of the urban environment, wind in your lace front, seeing more than you would if you were trapped in a sweaty subway full of funky European armpits. Find a cheap bike rental place and get yourself sorted for a few days. The money you save on a bike is the peace of mind that your transportation costs are basically covered, and that means more cocktails.

Don’t Be Afraid of the Bus

I love traveling on the bus, but it often gets such a bad rap. Yes, it takes longer, sometimes way longer. Yes, people can be weird and maybe also they’ve been traveling for two days in a row. But when you want to go from London to Paris and the Eurostar costs £169/$200/166 EUR and even Easyjet flights are £100, a £20 bus trip starts to look very sexy. When you fly you have to get up at the penis hole of dawn and trek all the way to the airport, stand in line, take your clothes off, put your clothes back on, stand in line again, wait for take off, fly, land, wait to get out of the plane, etc. But when you take the bus you basically show up, get on, and chill, which makes the bus really nice for last minute jaunts to faraway places.