The Little Boy on the Subway 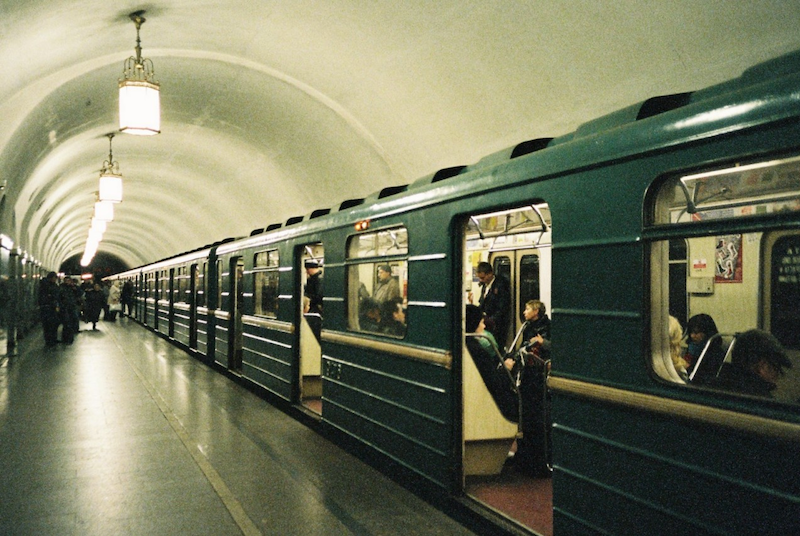 I saw a little boy on the subway. He looked up at the woman next to him and froze. His eyes went wide. He seemed confronted by a side of things that he’d never considered. Reality’s bargain was different than the boy had thought and he didn’t know what to do—he had that look on his face. He’s six or seven, still getting used to life on earth, and here’s a whole new demand. To be a creature alive means being alongside people who look different than you, sometime in ways that you don’t expect.

The woman was East Asian, and the boy (I guess) Hispanic. He was a handsome little fellow and sat square in his seat. She struck me as fussy (business with a tall, metal-knobbed handbag) and wore make-up that I could notice. Her outfit was elaborate, something with a puffy-sleeved white blouse and an expanse of belt buckle. The outfit seemed bolted around her, the way outfits do when they’re elaborate and worn by somebody dumpy. But the boy just looked at her face. As she frowned into her handbag, he had his head cocked and his eyes angled up at her. I think his mouth was tipped open.

The woman glanced at him; she wanted to know who was looking at her. The boy swiveled his face toward his shoes. She went back to her handbag. He looked at her again. He still couldn’t believe it.

Why hadn’t the kid seen an East Asian? I don’t know. He was with a man and woman in their 30s, stationed behind their knees as they occupied a corner of the train with the Asian lady. The couple had luggage with them, and maybe the family was coming in from the airport and one of the Caribbean’s more homogenous corners. Maybe the little guy was from right here but hadn’t been outside his neighborhood that much. Perhaps the lady had a scar positioned out of my view. But I think the kid was looking at her eyes.

Because bigotry is stupid, people pretend that children don’t notice difference. But I did when I was little, and I think the boy did too. Life is a series of jolts to the ego, of moments when the floor swings away and the foot is suspended over an abyss. The biggest jolt isn’t that we’re not as good as we think (though that’s big enough). The biggest is that nothing is made with reference to us. We’re just there, along with everyone else. The cosmic plan that looks just like you has been thrown in doubt. There’s competition for being the center of the universe, and you’d better get used to it.

I don’t know when the lady got off. This was mid-day downtown, and a lot of people were coming and going. Before I got off, I saw the boy looking back at me with a puzzled half-smile hooking the corner of his mouth. He didn’t look just at me; he looked here and there, and then at me. I realized he was doing just what I’d been doing. I’d been looking at his parents and their luggage, trying to place them, seeking out details, and probably I’d had that smile too. I know I’d been smiling, and these days my body is a bit lopsided from an injury—my smile comes out funny.

After his shock, the boy was back to seeing what he made of things. I like that, and I welcome him to the world of difference.