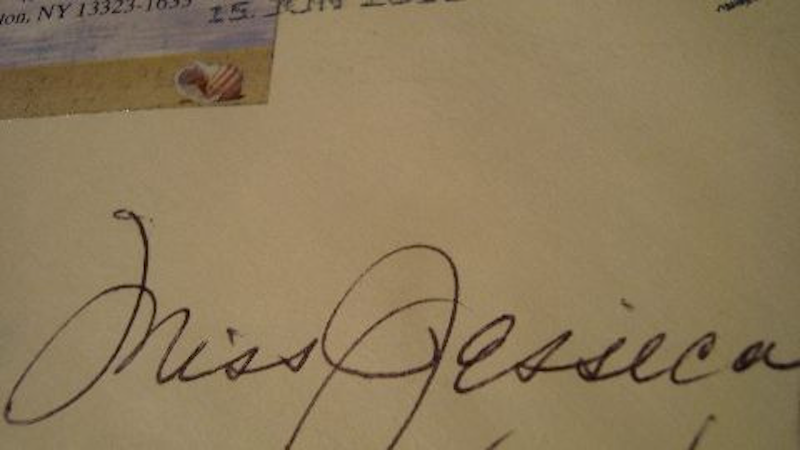 My mother’s asterisks have always been splashy. You can’t really call them asterisks, because they’re fairly far removed from the star shapes that asterisks are supposed to be derivative of. For one thing, when my mother makes them, there aren’t defined lines, everything is curved: so in essence you wind up with the squashed suggestion of an asterisk. The asterisks I make are equally sloppy and ludicrous, but I like that: it’s just one of several traits that connect us over years and miles and small differences.

She used them the way other people use dashes, bullet points, or numbers, and they were everywhere: on notes, grocery lists, action plans. Years ago I helped her sort through and dispose of decades of printed matter—work documents, checks, letters, you name it—and couldn’t escape the asterisks. But I enjoyed becoming familiar with her handwriting again. It bears what I like to think of as a sort of aggressive elegance where letters and words lean forward attentively.

Cordial and lively, mom’s penmanship is as instantly recognizable as her voice, which I don’t hear as often as I should or would like to. There was a time when the opposite was true, when her advice, admonitions, and concerns fell were wasted on me. My tendency is to deflect with silence, and that tactic has often had the effect of making things worse. Age and distance have minimized the volcanic conflagrations of my adolescence to a series of mild détentes: I think of it as disagreement management. There is more backing off on her end, less on mine. In most ways that matter, my mother is wiser. And my handwriting abilities don’t hold a candle to hers.