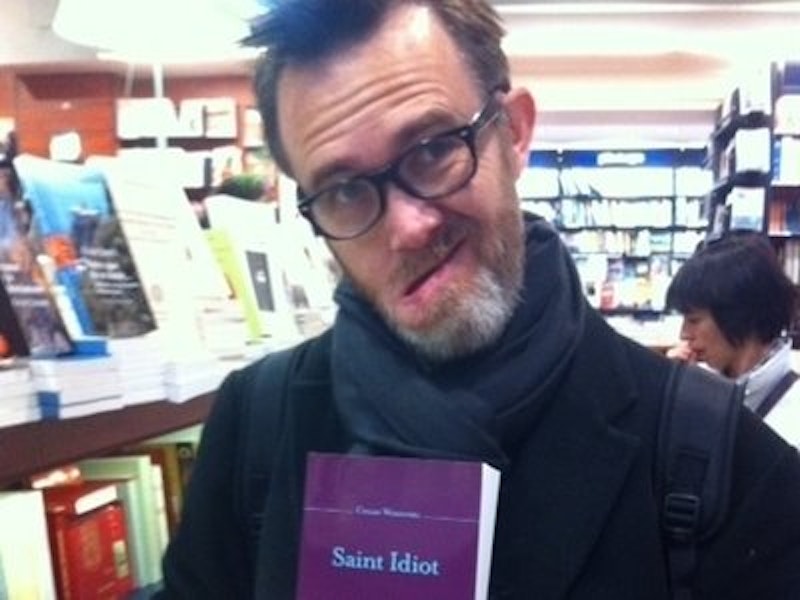 A fellow parishioner of mine here in Indiana presented me after mass this Sunday with a clipping from The Wall Street Journal. The article was headlined “The Benedict Option” and was about just that: the nationwide movement, of which I’m a part, that has traditionalist Christians of various denominations retreating to closed, usually rural, communities. There they shore up their faith and shelter themselves from the pagan onslaught of Western consumer society—from all the filth of our New Dark Age, really.

Well. This fellow parishioner of mine, who’s more involved in the administration of our little Orthodox mission church than I am, mentioned that the author of this article had actually sent a polite email to our parish email address, asking for comment (his email was unreturned). That’s interesting, because even though ours was among the original Benedict Option communities here in the Lower 48, it’s not often we’re contacted by the profane Zio-imperialist media (actually, we never are).

Just as interesting from my perspective was that this article confirmed my self-image as a great seer—a person who can, like Nostradamus, gaze into the future. Because as soon as my fellow parishioner handed me the clipping, as we stood there in our sandals in that muddy field outside the rough-hewn shack that we have been proud to consecrate to the worship of the Russian God, I knew it in my bones: Somewhere in that article I would sniff the rank scent of Dreher.

Yes, of Rod Dreher, Mr. Russian Orthodoxy in America himself. Dreher, that tireless da Vinci of self-promotion who’s made of himself the foremost hustling impresario of the Benedict Option, seizing on that noble phenomenon that belongs, really, to no one man, in order to (as they might put it in New York City, where Dreher used to live) “monetize” it and wring a filthy shekel out of it.

Indeed, there was the quote from Dreher, some ways into the article. I can imagine Dreher when he heard The Wall Street Journal writer’s voice coming out of his answering machine. He scrambled to his feet, stumbling across the furniture as he crawled and clawed his way, panting and whimpering with moist desire, across the space to the phone. Land speed records have, I’d wager, been set with less exertion. One hopes that Dreher’s children were nowhere between him and the phone: domestic animals are capable of getting out of the way of insane, voracious, publicity-mad dynamos such as Dreher must at that moment have been, but we must think of the babies. We must be mindful of the evil of trampling children as we try to satisfy our gross lusts for worldly fame.

I wonder if Dreher was able to speak cogently at first to the Journal, given his hyper-ventilation. But he’s a trouper, is Dreher, and knows his duty to his true god, which is the god of his own self-promotion, that is, the false idol DREHER HIMSELF. I’m sure he recovered fast. I’m sure he bit the bullet. I’m sure he did fine.

That was on Sunday. Then, in the middle of this week, I awoke to the news that Dreher’s book on the Benedict Option has been published. Ah. So now it all made sense. Dreher is, to use the language of the crypto-Semitic business of marketing, currently “leveraging” “synergies” towards ensuring that his new book stays “top of mind” among the (largely Jewish, by the way) “decision-makers” of the New York publishing and publicity industries. Thus his vulgar alacrity in fighting his way towards the Journal writer’s proffered voice recorder.

I wonder whether Dreher will someday rue his passionate worship for the golden calf. Forsake Baal, Dreher!

Even if doesn’t, however, I pray for him now: for his soul pockmarked with the syphilis of Ambition, for his spirit bereft of Christian humility.