Rod Dreher has a nose for the shekel. 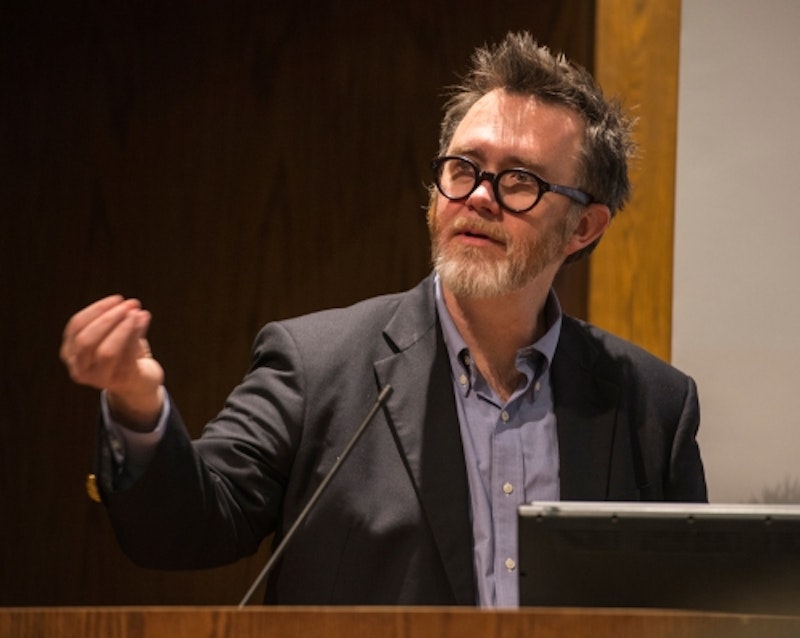 So it’s come to this: Rod Dreher has blocked me from his Twitter account. I’m a bit disappointed this development.

Anyone of moral courage who engages others on Twitter will eventually find himself blocked by someone or other, of course. In the past I’ve been blocked, without particularly caring, by John Podhoretz, Likudnik Militant and heir to the notorious Upper West Side crime family that bears his surname; by James Wolcott, the Vanity Fair ballet writer, who, after a flirtation with the alt-right and with anti-Israel heroes such as Philip Weiss, was brought back into line by his Zionist masters in the “Freedom Tower,” that colossal monument to American jingoism at Manhattan’s tip; and the chubby Fenian Michael Brendan Dougherty.

Farewell, gentlemen. I have prayed for your souls at mass each week since you banned me. God loves you. Fall to your knees in worship, gentlemen. You, too, shall be redeemed.

But, again, Dreher’s blockage irks me. The fact is, I have a grudging respect for Dreher. True, I’ve in the past used spicy language in criticizing him. I’ve harped, for example, on the fact that he’s soon to publish what will no doubt be a widely read book on the Benedict Option. He’s thus exploiting for his own gain a communal Christian lifestyle that many of us have been living for decades, without ever dreaming that we should “monetize” it.

I’ve speculated, too, that Dreher’s nose for the shekel is a product of his long tenure in New York City, where he wrote for such unclean publications as National Review and The New York Post.

Yet at the same time, I admit that he has much to say to us traditional Christians: Not only to converts to Russian Orthodoxy, such as he and I are, but to true conservatives of all faiths and denominations who worry about cultural continuity, Peak Oil, the fragmentation of our Christian inheritance under the pressures of late capitalism, anal play, and the fast-approaching New Dark Age, during which those of us living in Benedict Option communities will have to keep the fires of Christendom lit amidst a general apocalypse. If the curious reader is looking for an introduction to paleoconservative thought, he should read Dreher, his peccadilloes aside.

One would hope that, against such a background, we would bond in Christian intellectual communion. But I’ve erred in giving too free reign to my pen; and Dreher has erred in not developing the thick skin required even for collegial discussions of crucial questions.

It’s possible that the social media is to blame. Twitter accentuates differences. It maximizes the noise-to-signal ratio, creating animosity out of thin air. I like to think that Dreher and I would be bosom companions had we met in person, as youths. We would share contemplative walks in isolated places, elbow in elbow, somewhat like Plato and Phaedus as they strolled the Agora. We might even have shared a chaste and most tender bed.

Still, the deed is done. Dreher’s unlikely to review his decision. In the world of social media, I’ve found, banishments tend to be final. Still, what he’s done represents an affront not only against Christian intellectual community, but also against self-preservatory good sense. Dreher might find, as Night descends over the civilization of the West, that he’s in need of allies, allies whom he’s alienated with his arrogance and ambition. Our hour approaches. Rigid with anger and engorged with sperm, the Beast slouches towards Bethlehem. We must, to paraphrase a founding father of our long-dead Republic, all hang together, so that we do not hang separately.