Turning 40 Was No Big Deal

It was an uneventful day. 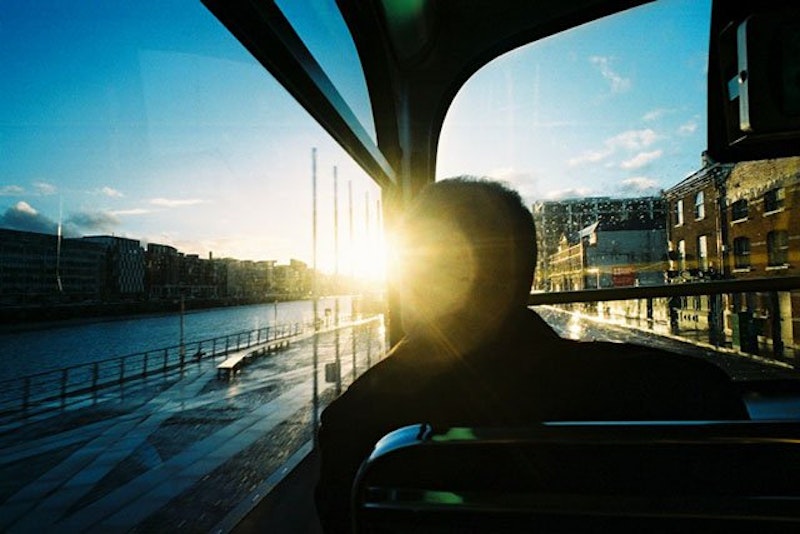 Afterwards, everyone wanted to know how I celebrated; it pained me to admit that nothing happened. The most decadent aspect of turning 40 was taking that Tuesday off far in advance, only to fail to do anything interesting with it. I ate my usual breakfast at my favorite restaurant, served by a waitress who’d served me dozens to times before. I followed the train tracks out of town for a mile, and then turned back towards home. Since my driver’s license is close to expiring and I don’t have a printer, I hit the library to initiate the job-slaying online renewal process and print a fake license. That afternoon, the first doctor’s appointment in a dog’s age; that evening, homemade pork chops for dinner. It was unseasonably warm, almost a spring day. I spoke to my parents. I leafed through the six or seven books I’m consuming at a rate of one-three pages per day. I felt my age profoundly, and (mostly) felt unashamed at being boring, sober, and 40 years old.

This milestone feels like a culmination of emotions and realizations, long-simmering. I demand more depth from the poetry I write. I try to live more in the moments. There’s less guilt and confusion now about failing to keep up with old friends or not rushing to experience whatever recommended culture. There’s less of an impulse to undervalue what I’m capable of, or to shove myself into writing I don’t believe in out of perceived obligation, or to pitch publications out of some freaked-out, misbegotten need to keep pace with younger, more energetic peers. If my day job begins to resemble a logjam, I’m much less afraid to call time-out, and say so, or request an extension or some assistance. It’s less scary to part with material things, and weirder to acquire them. Sympathy comes easier, even at times when it probably shouldn’t.

The past, increasingly, outweighs the present. One of the novels I’m reading is Bernard Malamud’s A New Life, a rich, extended metaphor for the Second Red Scare era. The first 60 or 70 pages are exhaustive with dramatis personae, introducing an East Coast refugee to the ideologically sparring denizens in a West Coast setting he thought he understood at first, but never really did. A New Life stands in the shadow of Malamud’s The Natural, which was made into a Robert Redford film that no one talks about. Yet it’s still a significant book, autobiographical and uncomfortable, in a way that much popular modern art is afraid to be; I hope there’s still enough time to find a masterpiece a fraction as strong, somewhere inside of myself.