Anatomy of a Cocktail Party Fail 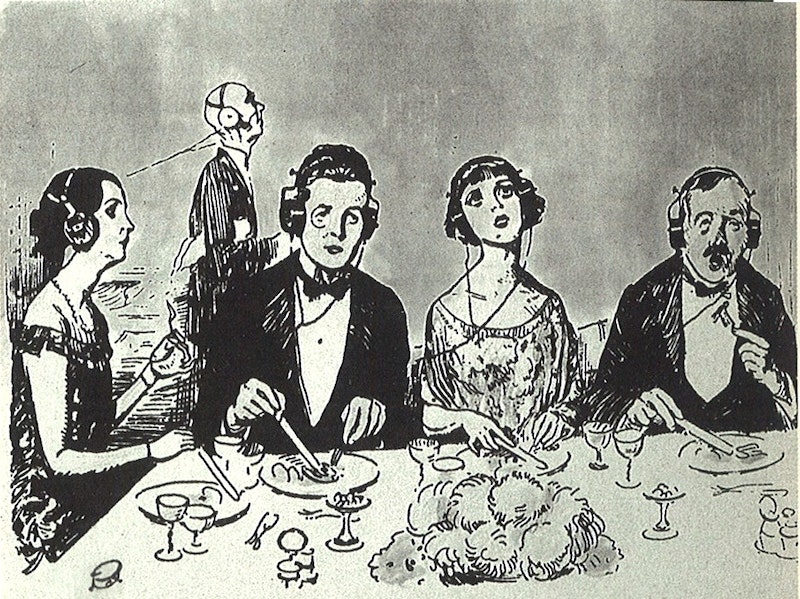 The logistics of putting together an intimate social gathering are simple. Make some calls, lock in the guest list, purchase the beverages, and prepare the food after determining if there are any dietary preferences among your guests. If you're fortunate enough to have no vegans attending, then you can skip the hummus. The absence of vegans has the added bonus of sparing you a possible cocktail chat about the intricacies of how and why your guest pursues their veganism. You don't really want to know why they won't even consume honey.

Tell your guests they needn't bring anything. Shoot for quality ingredients requiring little or no preparation. Buy some smoked salmon and do something simple with it. Get a selection of Italian of salumi (cured meats) like sopressata, bresaola, and prosciutto. Put three cheeses out—one hard, one semi-hard, and one soft—using three different milks, cow, goat, and sheep. Buy some fancy crackers, maybe throw in some cornichons, and you're done.

Selecting the guests is where the art comes in. While small social gatherings do resemble a science experiment in some ways, choosing the participants isn't a scientific process. You want to put a good group together, which calls for an objective assessment of individual's strengths and weaknesses. It's a delicate balance. You want lively conversationalists, but not blabbers. You need people who listen as well as talk.

A recent gathering I attended was an example of one of the potential pitfalls that careless, or reckless, guest selection can produce. Eight people were brought together for this particular social experiment. A father and son were there. They quickly established a humorous bantering style, sprinkled with mildly salacious references. Slightly tacky, maybe, but still amusing enough. At least they were putting in an effort. The real enemy at such soirées is boredom, so at least there were some guffaws.

Still, the father-son duo’s raunchy badinage unwittingly released a virus into the group that ended up producing boredom. Fritz, a fellow from Cape Cod, had already been monopolizing the conversation with all the minutia of his lobster preparation techniques. That was my fault. I’d purposefully asked him about it because a couple years ago I'd tasted his lobster and it was way overcooked.

The ribald father-and-son team begun talking about “little willies,” yukking it up with some corny double entendres. I needed another drink at this point, and when I returned Fritz was saying, “Oh you want to talk about little willies?” No, I'd have preferred a conversation on the philosophy of veganism, but Fritz fancies himself a raconteur, and his face was lit up. His wife’s wasn't however, as she'd obviously heard the story way too many times.

His little willy story was a drawn-out account of a nurse who once examined his upper thigh after a poison ivy attack. It seemed to take him about an hour to get to the punchline as the other guests shifted nervously in their seats. He was wearing boxers and the nurse told him she needed to do a full inspection so she yanked down his shorts without warning, exposing his little willy.

Fritz had sucked all the oxygen out of the room by that time. Mercifully, the group broke up soon thereafter. I later learned that the host was unhappy about Fritz’s filibustering. I also recalled that he'd told me he likes to throw small gatherings such as this one, and that they're better than larger ones, which brought me to his mistake. Fritz can be a fun guy and a good addition to a party, but his type can easily blow up a small sit-down affair. If you're set on inviting a Fritz to your party, double the guest list. People will be standing up, and they can walk to another group if someone's boring them. I didn't share my thoughts with the host, as that's not my place, but I'm pretty sure he’ll think twice before making the same mistake twice.