Gunshots I Have Known: Part 2 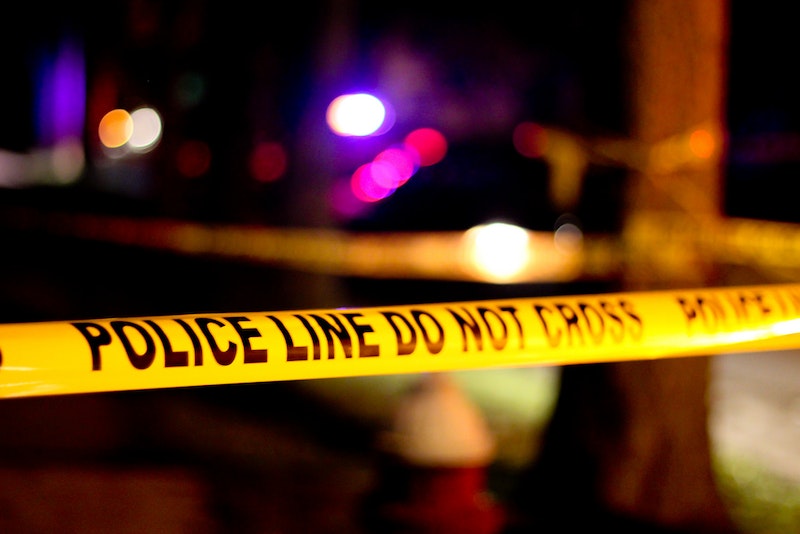 Was it the first, second, third, or fourth bullet that killed my neighbor? I'm not sure. I didn't actually see the murder take place, I only heard the gunshots. Maybe he just bled to death after he got shot in the parking lot of our apartment building. Actually that probably didn't happen—there were always police cars and ambulances idling on our block. Sirens were howling just as the final shot's echo began fading into the hum of that hazy moonlit night in Belmont in the south Bronx.

The university wasn't far from the spot where the poor guy's life met an unceremonius end. College students were stationed all around in school-owned housing units, indulging in an ever dwindling hedonism—an explosive farewell for young souls about to be swallowed whole and metaphysically regurgitated by the buttoned down/background checked paradise of job security that awaits those who can survive four years at a prestigious American business college. The fall semester was starting in only a few days and The Sand Lot was already teeming with debauchery. Right before the deadly gun blasts rang out I could hear college kids blasting EDM, screaming, laughing, and lighting off fireworks around the drab looking apartment complex that loomed like a sentinel in front of The Lot's trash strewn Garden of Earthly Delights.

Usually when someone hears four Earth shattering gun blasts the inital reaction is to just seek cover. I'm not sure what this says about my character, but my initial reaction was to go outside. But when I did go outside I didn't go out in order to investigate the origin of the gunshots. Nope. I went outside to do one thing: buy liquor. I was working at home and had just finished a freelance job, so I decided to celebrate my modest accomplishment by getting modestly hammered over at The Sand Lot, just a few blocks from my apartment. I made sure to leave via the front door by passing whatever chaos was festering just beyond my back door in the parking lot.

The coolest thing about The Sand Lot was that its atmosphere was more like a block party than a college party. Unlike other university housing complexes the one attached to The Sand Lot didn't seem to have security guards or cameras and it was frequently kept unlocked whenever there was a party. The Lot was a little further away from campus and closer to the low income Belmont neighborhood than any of the school's other off campus apartments, so you could find just about anyone hanging out over there: local street kids and hustlers, homeless people, and freaky misfits of all shapes and sizes fraternized randomly with the typical class of fresh faced preppies, burly jocks, perky cheerleaders, and shaggy stoners you'd expect at a good old fashioned collegiate rager in Anytown, USA.

The Sand Lot's realm was strange to say the least, almost like a cross between a complex cultural experiment and an absurd illustration from Mad magazine. It seemed like the kind of sensory overload that could draw my attention away from the fact that someone had probably just been killed in the parking lot of my apartment building. Unfortunately, The Sand Lot's phantasmagoric distraction didn't last long. As I gazed out over the mass of writhing intoxication there, eventually I couldn't help but obssess over the idea that a human life had been destroyed only a few minutes ago and a few feet away from me. I couldn't help but imagine what hell spawned madness could be there to greet me when I returned home. So after polishing off a colossal bottle of Guinness (and maybe a shot or two) I stumbled out of the Lot's wacky dimension prepared for the worst.

As I approached my block, reflections from a police officer's shiny metal accoutrements and a few hundred yards of plastic caution tape flashed in the street lamps' amber glow. I told the officer that I lived in the cordoned-off building and he calmly lifted the caution tape while escorting me all the way to my complex's main entrance. He stood a few feet away carefully watching as I closed the front door. His stern gaze remains the last thing I can remember seeing on that night before I slipped gently off into unconsciousness.