The Satanic forces are not for children. 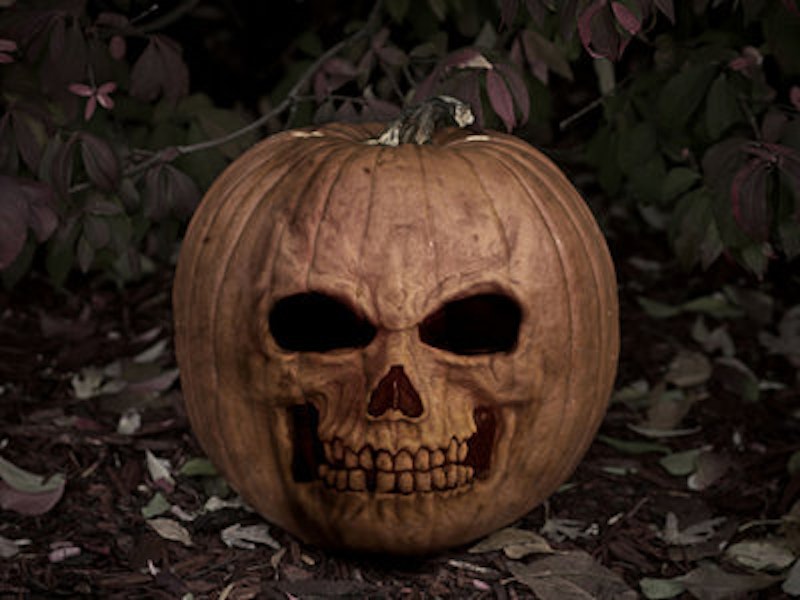 This demonic holiday’s popularity isn’t the world’s biggest problem, I admit. But Halloween has still played its part in normalizing among our young the wicked, the pagan, the demonic. It’s impossible to trifle with dark energies without loosing them into circulation in the daylit world.

Yes, that’s right. Every little girl playing witch, every little boy dressed in ghoulish attire, is a door through which demonic spirits enter our human dimension. The Satanic forces are no child’s play. I’m reminded that the pop group that was playing at that Paris music hall on the night last November when Muhammadan fanatics attacked it was named, believe it or not, the “Eagles of Death Metal.” Say what you will, but I’m convinced that these “musicians” themselves called forth the evil of that night. Their name invoked the Prince of Death. They trifled with the Desolate One. They helped call forth Hell itself.

At the Benedict Option homestead that my family shares with that of Brother Aiden, no pumpkins are carved, no costumes are donned, no candy is distributed on October 31. Our little clan—Mother, Daughter, Brother Aiden, Sister Marie, and I—light a candle in the window, to chase away the demons that float up against the glass on this unclean night.

Kneeling, we take turns reading from the glorious Russian Orthodox Horologion, or Festal Menaion, or Typikon, or perhaps the most tender Oktoechos. Sometimes we will dip into the more pertinent passages of the venerated Psalmogolikon of the Heiro-Martyr Saint Vladislav, Proto-Isolationist of Magnitogorsk. We might even read choice passages from the sadly now-defunct Eunomia blog of Daniel Larison, the American Conservative blogger, Russian Orthodox mystic, Slavic linguist, successful academic, and most delightfully horse-faced and snuffling young “alt right” defender of the holy prerogatives of the current Russian Tsar, the manful-chested Putin.

This year, actually, several young “trick or treaters” trudged up our mile-long access road, getting as far as the pig sty, which is about a 1000 yards from our house. I watched them from the window. What if they reached our door? Needless to say, I had no candy—no American filth—to give them. Maybe, I thought, I could hastily package the remainder of our supper of organic spelt into foil packets, tying off the tops with rubber bands before dropping them in their goodie bags. This, I thought, might justify their long walk.

My weakness didn’t last long. “Nonsense,” I corrected myself. Better to stand by my convictions and scatter them from my door with the spare scythe handle I keep in the mudroom. The swine. And if they reacted by subjecting my property to the petty vandalism that’s common on Halloween, I’d have recourse to the law. The law still means something, even in this decrepit Republic of ours.

As it turned out, none of these scenarios came to pass. I’d forgotten about Aiden’s bull-mastiffs, which spend their nights behind the sty, guarding the pigs. And guarding us! The first sortie of these beasts was enough to send the little pagans flying off our property. I watched this all with a chuckle. The pint-sized demons had been exorcised.

After shutting up the house I subjected Mother to the grace of some mild discipline and then retreated to my study to meditate on the Logos.

The dark feast of All Hallows Eve had ended! The Russian Orthodox Believer now looks ahead to the holy Advent! Glory! Glory!