Birnam Wood is on the move. 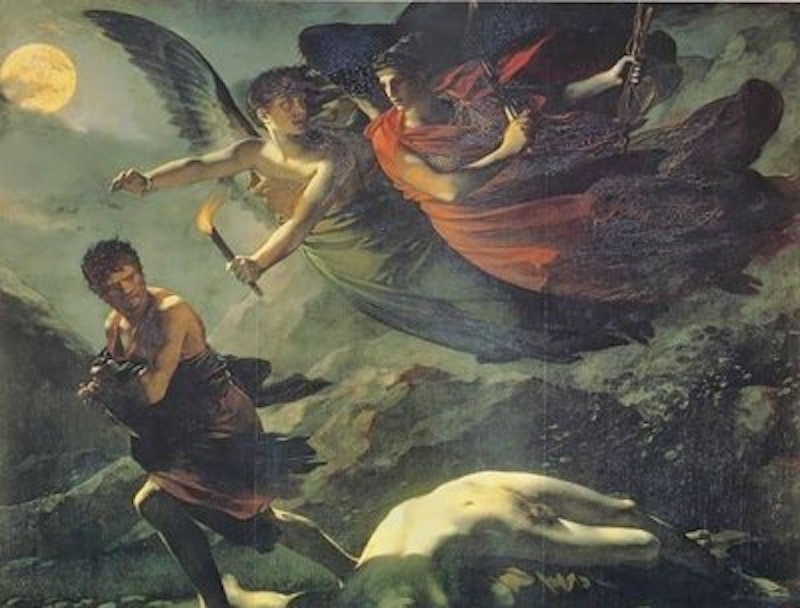 The Deep State has turned its back on Lady Macbeth, and Birnam Wood is marching to Dunsinane. Regardless of whether the source was the Russians, the Chinese, Nazi UFOs, disgruntled insiders, or a zitty oversexed 14-year-old Slayer fan in his mother’s basement, the Wikileaks revelations have revealed Hillary Clinton as an unworthy vessel for the long-term agenda. Her inability to secure her and the staff’s communications is unacceptable to her controllers, who are flailing in horror over the possibility of a thorough investigation of the Clinton Foundation providing a Rosetta Stone, spotlighting the Shadow Government in front of God and everybody: every detail, every secret thing. She’s already rendered the handy old “conspiracy theory” canard utterly useless as a disinformation tactic against investigative journalism. That’s quite an accomplishment.

I’m guessing that the Aristoi are looking more at the vice presidential candidates, figuring to terminate the elected POTUS early on. Their options are limited at this point. Kaine is a nothing, an ineffectual schlub who resembles Twin Peaks character Windom Earle in too many ways and comes off as a closeted homosexual. Pence, on the other hand, is a strong Alpha Male character, reminiscent of Francisco Franco or Augusto Pinochet. He’s straight out of central casting for an avatar of the Deep State. He’s even got a son in the Marine Corps.

Trump has been very specific about his agenda, whereas the Rapist’s Wife has been mouthing nothing but empty platitudes about “working together,” vapid anecdotes market-researched and crafted to make her seem human, and attacks on her opponent’s character which boil down to “He says mean things.” The whole email server issue is over the heads of most Americans, but it’s very troubling to the ruling elite. Keeping secrets is the name of the game. In grooming her for the POTUS position, they ignored the overriding personality trait that has become her undoing: her incomparable hubris. Her sense of entitlement is the size of California. She alienates everyone that comes into contact with her with haughty contempt for underlings and staff. She has pissed off the Secret Service, risky business for a known drunk addicted to benzodiazepines. She should recall the fate of Caligula at the hands of the Praetorian Guard, or at least that it was the Secret Service that rerouted JFK’s motorcade in Dallas down Elm St., but I suspect that history isn’t her long suit. Her longing for a war with Russia is a clear indicator of that.

To the Elite, Trump probably seems malleable. I’m guessing they’ve decided that he’ll be easier to manage once he gets in. Failing that, they can whack him and install Pence, a reliable globalist neocon. It’ll be a lot harder than whacking her, but the payoff will be that much greater.

Meanwhile, the crazy bitch has booked the Javits Center in NYC for her Jonestown-themed “victory” event on election night, replete with fireworks. After all the hoo-hah her campaign has made about Trump’s refusal to rule out challenging the preliminary results at the polls (something that Al Gore did in 2000), it’ll be funny to watch her flame out in public shrieking about “Russian hackers” and demanding a recount.

The Deep State will go into full panic mode after he appoints a Special Prosecutor to look into the Clinton Foundation. In their incredible matchless arrogance, the Clintons have revealed the inner workings of USA, Incorporated. After hubris comes Nemesis. Shakespeare knew that. She has been sharpening her knives for some time now, and Birnam Wood is on the move.