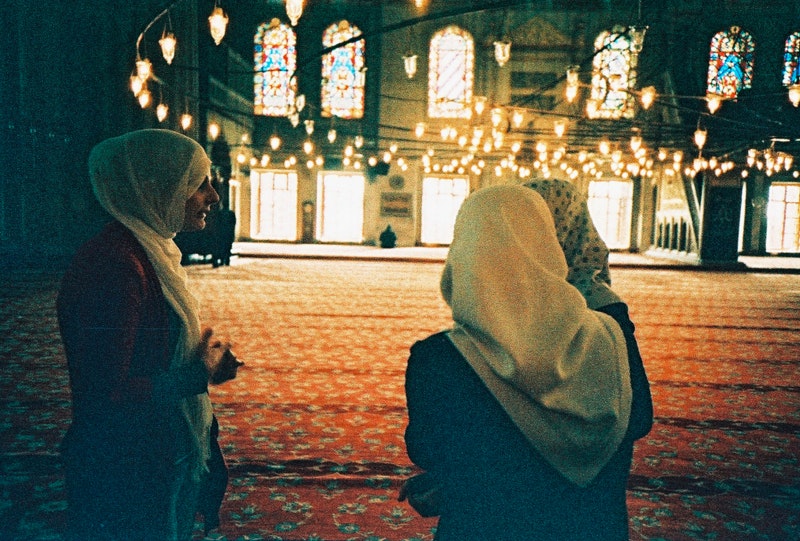 In the aftermath of last weekend’s Orlando shooting there is much talk from the Republican candidate about restricting Muslim immigration into the United States.

My reaction to this suggestion is more ambiguous than I might have expected it to be. On the one hand, advocate that I am for a “Little America” that minds its own business behind secure borders, humbly tending its own garden in accordance with conservative good sense and Russian Orthodox doctrine, I should support this idea. Certainly the mass migrations of the last half century have harmed the social fabrics of those countries that make up what we are now proscribed from calling “Christendom.”

On the other hand, this ban makes me uncomfortable—and not only because of the vulgarity of the Queens billionaire. No. It turns out, rather, that I also have distinct philosophical reasons for my skepticism.

Consider, for example, what it means to ban Mohammadens from our shores. The question arises: which Mohammadens? Obviously, Mohammadenism is a (to use the American shibboleth) diverse phenomenon.

It occurs to me, for example, that I would welcome the immigration here of Palestinians. No Palestinian has ever offended me and needless to say I support their national struggle. At any rate, there are precious few of them, and the profound thinkers who run our immigration bureaucracies would find it an easy thing to settle them in appropriate American places. The Upper West Side of Manhattan comes to mind. So do Borough Park, Brooklyn; certain affluent neighborhoods of West Los Angeles; Brookline, Massachusetts; the Five Towns of Long Island; and enclaves along the so-called “Gefilte Coast” between Miami and Coral Gables.

Pardon? Did I say “American places”? So they are, by international law.

On the other hand, I should fight tooth and nail to restrict the American settlement of the demon Mohammedans of Kosovo—allies of the second, the half-wit, Bush in the rape of Orthodox Serbia and the expropriation from that latter noble country of the Blackbird Field. Let these devils stay tethered to their homeland, promenading by night with their whores along George W. Bush Street. Let them go to hell.

Similarly, Crimean Tatars are unwelcome in my America. Stay where you are, carrion: squatting on the windowsills of your hovels in Bakchisaray and Simferopol, plotting your viciousness against the Great Russians. Yes, against that generous race that had the temerity to liberate Holy Crimea from the Nazis whose jackboots you, groveling animals, licked with your furred canine tongues.

Then there is the question of those non-Mohammedans that are every bit as murderous and subhuman as the most violent jihadist.

Take the Balts, for example. If the Russian media is to be believed—and, while I am sure it stretches the truth, it does so no more than our own state Zionist media complex—the Estonians are, taking into account their small population, one of the most psychotically violent peoples on earth. Not a month goes by without some Estonian outrage against the country’s Great Russian minority: beatings, rapes, murders, legal persecutions. There was even a report that Estonian nationalists had presided over the ritual disembowelment of a Russian child in Tallinn—though, admittedly, I can find no online verification that this occurred, and it does have about it the scent of an urban myth.

The point, though, is that no one speaks of banning Estonians from our shores. Estonia’s reprehensible president, Toomas Ilves, even holds U.S. citizenship. And yet I am supposed to lose sleep over the presence of several thousand more Syrians here on an American continent long ago given over to dusky polyglot hordes?

And the matter becomes even more complicated than that. Take the Poles. Their devout Roman Catholicism, so noxious to the mincing sophisticates and muscled Rhinelander bull-lesbians in the Brussels ministries, is to be commended, of course. So is their more recent right-wing political course.

But in recent decades the Poles have been largely reprehensible—impudently banning the passage through their country of a Russian contingent of moto-sports hobbyists, supporting Estonia in its aggression against its eastward neighbor, and in general enlisting in the Euro-nihilist/NATO crusade plotted by APPLEBAUM and SIKORSKY, not to mention by the smirking witch NULAND/NUDELMAN in all her wiles.

Yet I find that, here in the Midwest, my Polish neighbors are largely inoffensive: a phlegmatic cohort of mostly honest workingmen, gumming pierogis in dismal parishes in our declining industrial cities.

In other words, banning entire peoples from our country is a tricky business, one with ramifications that a man of Trump’s blunt intellect is probably incapable of addressing. God’s creation is a many-wondered thing. Statecraft, a low, worldly matter, can hardly comprehend it in its infinite variety.