Numbed into nihilism by a trash consumer culture, do boys dare to dream at all? 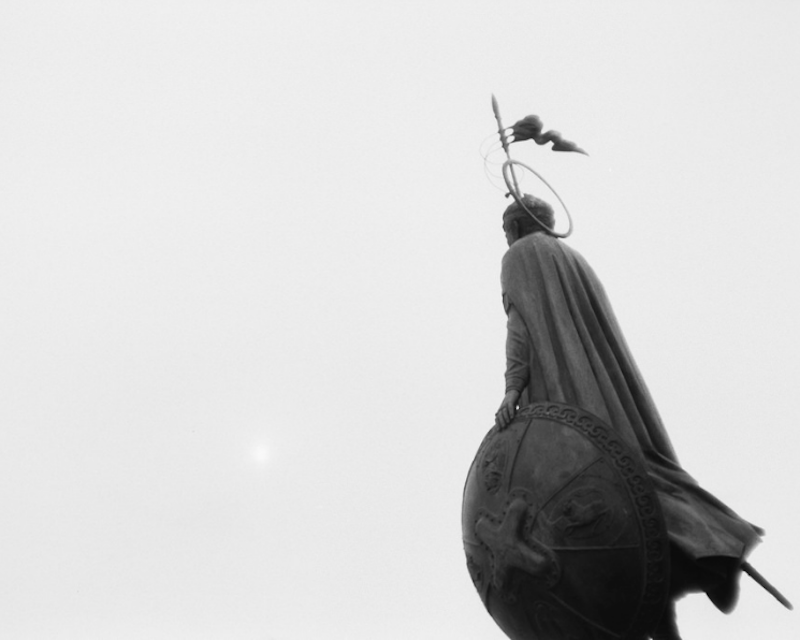 Is there a Beautiful Man Club? Growing up in the Indianapolis suburbs, we youths used to imagine there was. The idea of such an organization was enchanting to us; and that we might belong to it someday, by cultivating our appearance and practicing elegance of manner, was pure magic.

No, there is no Beautiful Man Club, no more than there is a Tooth Fairy. The cynicism of adolescence did away with such dreams. I figured out in retrospect that the myth of this imaginary guild of outstanding men had been seeded in our little gang’s collective mind by the older brother of one of my playmates. This older brother prided himself on selling the younger boys in the neighborhood on tall tales and moonshine. Incidentally, he would find success as a purveyor of custom wallpapers at his little shop in Provincetown, MA.

But maybe the question is rather: Shouldn’t there be a Beautiful Man Club? Does the male—the human—spirit not require something of that sort, something that crystallizes for us ideals of beauty, decorum, comeliness, grace? Especially in this benighted United States, where we lack an aristocracy to embody what is lovely and good, don’t we yearn for a guild of fine men, dedicated to careful grooming, to unaffected but musical speech, to learning lightly worn, to the cultivation of the body?

We have lost something as a culture when we no longer recognize what we’re missing in the lack of such a brotherhood; when we no longer aspire to be transported by the transcendent idea of such a fraternity. Do the young boys of suburban Indianapolis dream of such sublimities now, in this, our degraded present? Numbed into nihilism by their trash consumer culture, do these boys dare to dream at all?

Having just “crunched the numbers,” I’ve determined that, if present conditions continue, I should net a total of $17.57 from the book on which I’m currently working.

But extrapolation from the present is what young people call “a mug’s game.” It’s likely that fate will throw a wrench into my budgetary plans, necessitating several more trips to Cleveland to do research in the Russian Orthodox book collection there. These will be tax-deductible journeys, but they’ll still require a cash outlay that will strain Mother’s and my tricky household finances.

Another risk is that the realities of farming here on our Benedict Option homestead will distract me from my research. I’ll be forced to help Mother with the grunt-work, thus stretching out even more the time during which we have rely on my publisher’s advance, attenuating that paltry sum even further. But of course, to put it the way I just have put it implies that there will come a day when I begin to collect royalties. Realistically, the chances are small that a book of Russian Orthodox apologetics will sell well.

Nay—by now I’m enough of a seasoned writer to know that little remuneration awaits me. And yet I find compensations in my work. There’s the pleasure of the well-turned phrase; the knowledge that one is part of a brotherhood in which one stands with such immortals as Chesterton, Belloc, and Greg Djerejian; the meditative atmosphere of the writing room.

Ah, the writing room. Working at my standing desk, my sandals snugly cradling my feet, fresh-brewed chicory coffee close at hand, I look out the window to see that the sun has begun to grace the Indiana landscape. Two shadows shuffle into view. They are those of Mother and Sister Marie, dragging their pick-axes along the frozen mud behind them. The two women are fresh from breaking the ice on the swine-troughs, the last of the chores they perform each frigid morning. What good, stout, comely women: They are like wonderful peasants from a landscape by a Great Russian painter of the 19th century naturalist school. They are of the land, Our Lord’s servants in the sacred art of husbandry.

A tear comes to my eye as, watching them, I recite the Russian Orthodox Prayer of St. Porphiry for the Protection of Hooved Stock. I think: O, this morning stillness is a warrant of His divine love. Heaven will be much like this.