Rooster and Monica receive a strange call from someone in a band called “Smashing Pumpkins.” 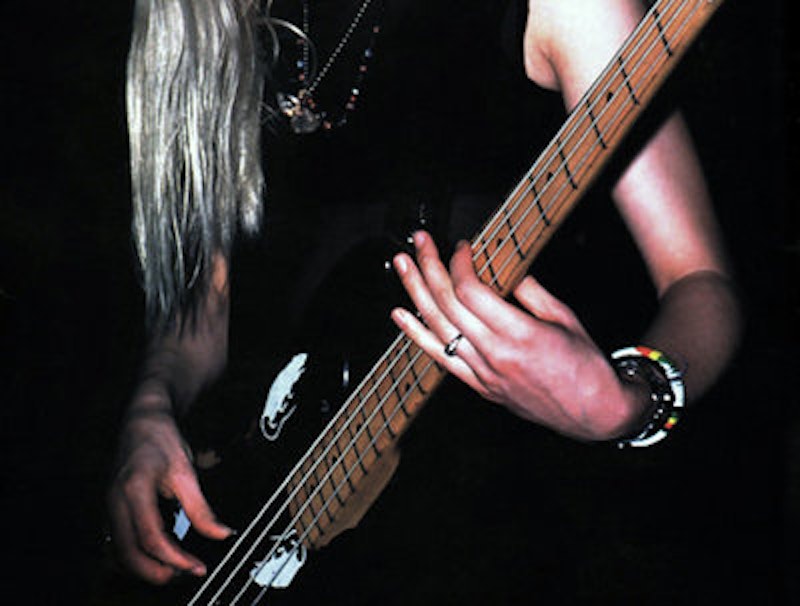 “Monica! What the fuck is that?” I was taking a nap at my desk when I heard something mechanical screaming at me from inside my barn. I leapt up and bolted down the stairs, fearing an invasion by those weird robot dogs that can open doors and decapitate people.

BRRRRRRRRRRNG!! BRRRRRRRRRRRNG! The noise was still going when I found Monica, coming in from the garden, looking just as panicked as me. We looked at each other like, “This is the end. This is how we die.” Then her eyes went big and a lightbulb went off and fell down from the ceiling and broke right next to me. I looked down and before I could look up Monica was in the kitchen rummaging around in the closet. She found it—it was our old landline. We still have a landline? I heard her pick it up and say hello. Long pause… “uh huh… uh huh… yeah… huh. Okay…” Another pause. “I think you should talk to my husband. Rooster!!” I turned the corner and picked up the receiver, which was covered in dust and paint chips.

“Hello? Who is this?” Lots of noise on the other end. Trains, locomotives, something. Finally an answer: “Yeah uh, can you put the chick back on?” They sounded nervous. “Is this a secure line?” I huffed and puffed and blew the dust off the phone. “Why do you want to talk to my wife?” “Is she Monica Quibbits?” “…Yeah.” “Okay great. Listen. I have a business proposition. I can’t go into specifics without her—”

Another cluster of clattering from upstairs. “Yes, speaking. This is Monica.” Suddenly we’re on a conference call? “Uh… yeah hi… is that other one still on the—” “He’s my business manager, nothing goes through to me without him.” What? “Uh, alright… listen I wish I could get you to sign an NDA now but I’m in a bit of a pinch. This is Billy Corgan, Smashing Pumpkins.” Long pause. We like long pauses, it’s part of living in the country. “Who?” Monica piped up: “Yeah I don’t care what you’re doing at the moment, who are you?” I could hear the brute grumbling through the line. “The rock band The Smashing Pumpkins. You know, ‘Today,’ ‘Disarm,’ ‘1979’… Siamese Dream, Mellon Collie and the Infinite Sadness.” Infinite silence. “…it sold 10 million copies. It went Diamond.”

“Yeah I still don’t know who you are, what that is, or why you’re calling.” I like it when Monica takes initiative—it means I can take it easy, and coast for the day. I muffled my receiver and listened in. “Are you… what the… okay, listen. Famous rock band. Nineties. Alternative rock, Lollapalooza… we were—ARE famous. We broke up in 2000 but we’re getting back together. Thing is, our bassist went a little crazy… cuckoo, you know?”

Uh oh. “No. I don’t. Explain this ‘cuckoo.’ Is that supposed to be an insult? She sounds like a fine woman.” “Uh… okay never mind. Anyway, I need a bass player. Preferably female. I got your number and a recommendation from Matt Drudge. The tour starts in July and pre-production is in a couple weeks… we’re shooting a video soon, just recorded a song and—”

Monica stomped upstairs and the dust rained down on me. “Wait, you want me to join your band but you’ve already recorded your comeback song? Who played bass?”

Another very long pause. “Uh… I did.” “Well then why do you need me?” I could hear him squirming. “…Look you can be involved as much or as little as you want, the fans would really appreciate having you there, your energy, what you bring to the group…”

“Well I’m not interested. I’m happy at home and you are a strange man calling us here on our LANDLINE in the middle of the day. The answer is no.” I could hear another train pass by, and then a carnival organ… was this guy calling from Disneyland? “Hmm, well, I’m getting the sense that you’re kind of a bitch and not worth dealing with, so never mind. I’m a Pisces, we pick up on those things.”

That’s when the electricity went out in the house and Monica’s wail temporarily deafened me. I didn’t even get the chance to defend my wife’s honor against this rude brute. Before I could console her, she was out the door, somehow already packed, jetting off to find whoever just insulted her over the phone. Why would he do that? Monica doesn’t even play bass… she plays oboe. I paced around and thought, well, I guess I’ll Google this guy and see what he’s all about. “Smashing Pumpkins”… heh. Such a dumb name for a band. Well, he’s going nowhere. My wife on the other hand…