Understanding my part in the system. 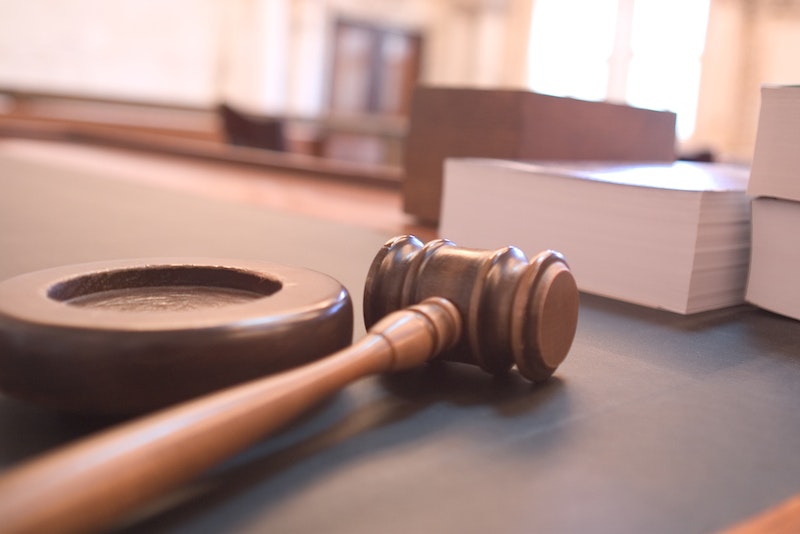 The juror handler had left 16 of us to stand on the hallway’s side for some reason. If I’d learned anything during my time as a juror thus far, it was that we’re not special. Even when the judges and civil servants in charge periodically thanked us for our service, we knew there was no reason someone else, anyone else, couldn’t have been chosen. That was just part of being a juror. It wasn’t glamorous and it wasn’t important. At least, that’s the way we’d all talked about it, before we saw the kid.

We were still waiting when he came out of an unmarked door in that part of the courthouse hallway. He was young, at least as much boy as man, even though he wore an orange jumpsuit and had his hands cuffed in front of him. He walked with a stiff, defiantly proud stride, and his expression was hard and stony. The only thing out of place in his tough, unfeeling image was the steady stream of tears running down his face.

For the 30 seconds it took him and his handler to cross the hall and disappear into another unmarked door, my fellow jurors were silent. Until he’d stepped into the hall where we’d been left, jury duty had been nothing but an inconvenience—just another chore to put up with. But after the kid, who must have been at least 18, the complaining, commiserating conversations, hushed as they’d been before, didn’t start up again.

I can’t say for sure that the others were thinking what I was, but it seemed that we’d just been shown a truth about the system, and about our part in it. That hard-faced crying kid had shown we had more in common with him than the officials. As I stood looking at the door which had just swallowed the kid and his guard, I realized that my fellow jurors and I were, like him, nothing but a part of the system, this factory that creates control. Without us it would have to find other cogs, and without him it would have to find other pegs to shape, but on the whole, all would continue much as it always had. We mattered to the system about as much as he did.

In the juror room, we hadn’t talked about the justice system. Even though we were sitting in the basement of a courthouse in the most incarcerated city (New Orleans) in the most incarcerated state in the most incarcerated country in the world, and even though we were now made to participate in the system that prosecutes and imprisons a vastly disproportionate number of young, poor, black men, and even though the majority of us jurors were either white, rich, old, female, or some combination thereof, mostly what we talked about was how much longer we would have to wait before they’d let us go home. Down in that room we were isolated from the truths to be seen upstairs, in the hallways and courtrooms. They’d only bring us up when we’re needed, but in our case, that was long enough to get a glimpse into the production we were to play a role in.

Soon enough, our guide returned and ushered us to another of the unmarked doors, indistinguishable from those the boy had used on his way from somewhere to somewhere else. Without a word we walked, single-file, neither proud nor defiant but I hope a little more awake than we’d been moments before, to take our part in the system.