Our Culture Has Destroyed Womanhood 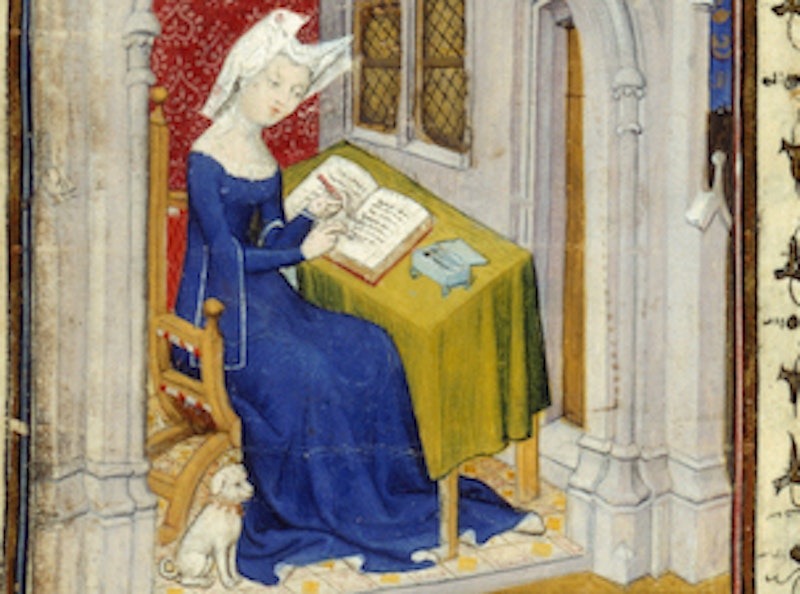 And so the Queens pimp tolerates, if not exactly encourages, a chant of “Send her back!” at his rally this week—the “her” in question being, of course, Congresswoman Ilhan Omar. The inevitable media hysteria, pearl clutching and desperate predictions ensue—this time the pimp is really finished!

Par for the course. What startles me about this incident is how fast we’ve gone from there to here.

There: the early years of this millennium, when for the Republican establishment (not to mention the Democratic one) Islam was a “religion of peace” and a Republican president was at pains to make a spectacle of himself in interfaith outreach, even going so far as to visit a mosque in the days following 9/11. Here: A massive backlash, promoted by the president of the United States himself, against the dominant multicultural and “tolerant” pieties of our establishment, of our social system, of our very epoch.

I suppose I should, as an aging Old American reactionary from the Midwest, generally be pleased by how things are going, despite my contempt for the pimp. And generally pleased I suppose I am. And yet the violence and speed of this cultural shift reminds me, in all humility, of the transience of this earth’s vanities—and thus makes me cleave all the harder, and in all the more humility, to our Eternal God.

Am I worthy of His Love? I fall to my knees and pray:

Meanwhile, no doubt in a sly attempt to “get my goat,” a friend of mine sends me this post: 6 Women on Not Having Children.

What melancholy tales these women have to tell, even as they return, in a sort of repetition compulsion, to the claim they are doing well; that they are at peace with their spinsterhood; that they are, in fact, gleaning what they want from existence; that they lack nothing; that they never peer across the barren plains of life at their married, child-rearing sustren with jealousy.

I won’t cite any of the article here. Peruse it yourself, if you’re so inclined.

But I will say that I’m troubled by the alienation of these women from the sources of consolation, from the wellsprings of virtue, from those divine energies that lend meaning to our lives on this earth, ordering our progress towards the grave. Each one of these women has made herself a handmaiden to Baal, a prophet of a false anthropology that, instead of locating the individual in a sustaining chain of creation that extends all the way up to God Himself, frees that individual to fend for herself—radically free, radically unencumbered, radically miserable, radically alone.

Russian Orthodoxy is not an evangelical faith, but were we Orthodox to take up the project of spreading the Word, somewhat in the manner of our low church Protestant friends, we could do worse than to spread it in the Brooklyns, the Manhattans, the Venice and South Beaches, the Portlands and San Franciscos of the world. Resistance we would no doubt find—but also what fertile fields for sowing! We’d find crowds full of educated and well-off single “liberated” women, each of them a shiny example of “success” according to the canons of our degraded age—and each in reality living in a type of hell. Living, that is to say, in hellish conformity with the liberationist mores of her age and cosmopolitan class, and bearing within her a soul that’s been damaged in the process.

Yes, what spiritual work we would find among these sufferers, these distaff masses!  O, how many brands could we pull from the fire, before they are totally consumed by the flame!

It seems to me that a Russian Orthodox believer who could convert even one or two of the women of Park Slope or Brentwood or a similar atomizing urban jungle to Virtue would be a candidate for canonization. (St. Harris of Indiana—it has a nice ring to it. But I’m old and hidebound, and stuck here in Hoosier Country. Besides, I jest.)

Let us pray to the Virgin Mary, the Pure and Most-Holy THEOTOKOS:

O, THEOTOKOS, provide to your sinners thy protection, and grant thy mercy upon all thy servants, and becalm, O Most Pure One, every stormy wave of all vain thoughts; and do thou resurrect the souls of the depraved, O blessed THEOTOKOS, for we know, O blessed Virgin, that thou canst do whatsoever you will!