Organic Restaurants Are Dandy, Just Don’t Preach at Me 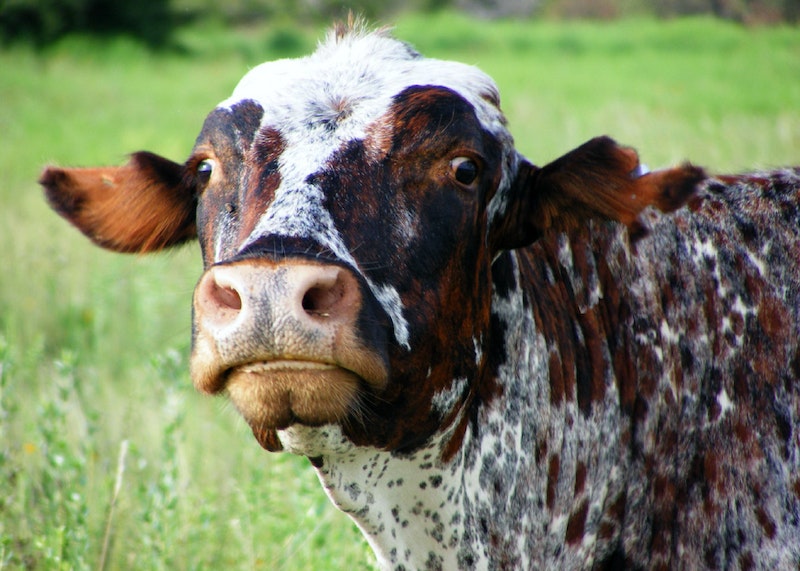 Man alive, do I feel healthy! It’s possible, and this is four degrees shy of exaggeration, that after a meal at a local organic restaurant, the Dogwood, I might be able to do 50 chin-ups without breaking a sweat. Not that I sweat to begin with—low body temperature—and chin-ups were never my forte in the 50 minutes of secondary school solitary confinement more commonly referred to as “gym class,” but that was in the old days when Chicken Delight (“Don’t Cook Tonight!”) was a welcome break from my mom’s supper of Spam & canned Campbell beans. Who knows, a few more visits to the Dogwood and I might think about running a marathon. Even better, I feel like a character out of the 1964 tune “Zoot Suit” by the High Numbers (aka The Who).

Gee, that’s a touch testy, isn’t it? I probably deserve a kick or two in the pantaloons—or at least an Indian rub-burn—for letting the sarcasm drip out effortlessly, but what the heck; the simple truth is I break out in a rash upon reading a menu that preaches to customers about “all-natural” burgers made from a dead cow that was locally raised and enjoyed grazing in the pasture. While still alive, that is. I’ll play fair, though, for this isn’t a specific indictment against the Dogwood, a restaurant in Baltimore’s Hampden neighborhood that serves decent food. It’s a general complaint about the disturbing trend of high-end cuisine all over the country fairly shouting about its environmentally-friendly ingredients. It’s as if New York’s Michael Bloomberg—the do-as-I-say mayor who sticks pins in the voodoo doll stitched together with the psyches of his eight million constituents, a sadistic exercise that’s more fulfilling than chin-ups—is hovering over the nation’s restaurateurs and dictating their menus. Think I’m joking? Smack in the middle of the Dogwood’s menu is this: “To us, sustainable means: building a business that will last. It means making choices, as often as possible, that do not harm people or the earth.”

Say what, Jackson? No, I don’t understand that snippet of green gospel either. Pip, pip, cheerio and all that rot if the owners build a successful business—good for the local economy, provides jobs and feeds citizens with satisfying organic four-grain risotto—but spare me the sanctimony, even if it’s doled out with a spoonful of innocence.

You might ask, not unreasonably, how I came to patronize the Dogwood, given the above crankiness, in the first place. As it happens, last week my in-laws were visiting from Los Angeles, and wanted to spend a night out with the family at a smart restaurant. I’ve been down this road before with my relations, explaining that while Baltimore is not exactly a culinary backwater (there’s still no city that turns out superior crabcakes), it simply doesn’t compare to Manhattan, Miami, Chicago, San Francisco, Toronto or, obviously, L.A. They’ve already been to our favorites in years past, and, as we’ve run out of recommendations, D said she’d read about a spot called The Woodbury Kitchen—another we-buy-all-our-food-locally-and-pick-our-own-apples joint, but my wife called and it was booked for a month. (God knows why: we went a few years ago and the grub there was rather ordinary, unless an ostentatious décor and ethos improves your enjoyment of smoked trout salad.) My sons, in the blush of peppery young adulthood, lecture that I’m the snob here, but as they delight in a dinner carried out from Taco Bell (where you’re lucky if the “beef” is cut-up horse rather than rat), their indignation is liked a bungled sacrifice bunt.

We arrived early on a Tuesday night, around six—the Red Sox/Phils game was on tap not long after, so there was a time constraint—and were, all six of us, overpowered by a foul odor that was, no doubt, the result of tidying up between lunch and dinner. I’ve no idea whether the cleaning fluids were organic and earth-friendly or not, but the suspicion here is that the staff pays more attention to the food than the bleach. After the pleasant waitress lingered too long at the table, explaining the local origins of the food—we get it, we get it—and logged drink orders, I motioned for a stray employee to come on over for a chat. “What’s causing that horrific smell,” I asked, without a hint of surliness in my voice.” In fact, I was quite accommodating, saying that the pervasive aroma was quite like Pepto-Bismol, rather than a couple of noontime patrons heaving their liquid lunches on the premises. He claimed not to notice anything awry, but his five-minute discussion with the bartender indicated otherwise.

Oh, okay, the food: I had a terrific Caesar salad—enhanced, naturally, by the “signature vegan horseradish dressing”—and I cleaned the plate. Not that this was without incident: upon asking the waitress if I could have a pile of anchovies on top of the salad, she demurred, and said she’d have to check in the kitchen, since anchovies were already incorporated into the dressing. Never mind that the customer is always right and all that jazz: this variation of “no substitutions” got my goat. If anchovies are on hand, for whatever purpose, obviously my request could be honored. And, happily, it was. I also had a pair of crabcakes, which were ho-hum, I’m afraid, and my request for crackers and mustard was ignored.

My wife wasn’t as forgiving: she also had the Caesar and, not with any whiff of undue boasting, said that she makes better ones at home. That’s true, but not really germane since we were out on the town, such as it is. She was thoroughly turned off by the “Grilled Pineland Farm’s Beef Cheeseburger,” as was my younger son, his affinity for Taco Bell rat meat notwithstanding. Baked oysters, spruced up with fennel and Herbsaint-pommery mustard crème, were not “plump” as advertised, but consumed with no complaint; my father-in-law’s lamb borek was a hit; and the hand-cut fries, from potatoes harvested a half hour before we arrived, or so the tale might go, met with approval all around.

I fear that upscale places like the Dogwood represent The Restaurant of the Future. Is that paranoid? No. In an era where it’s now illegal to smoke a cigarette in New York’s Central Park—and marijuana still isn’t legal; try to figure that one out—it’s no stretch to think that dining out will include an educational primer on the state of the planet in addition to chicken, beets, raspberries and turnips. Too bad I don’t smoke cigars, for a stroll by the Dogwood with a fat old stogie wafting into the air would clear my head of this craziness.