Calling All Writers of Tomorrow

On eBooks and MFA programs. 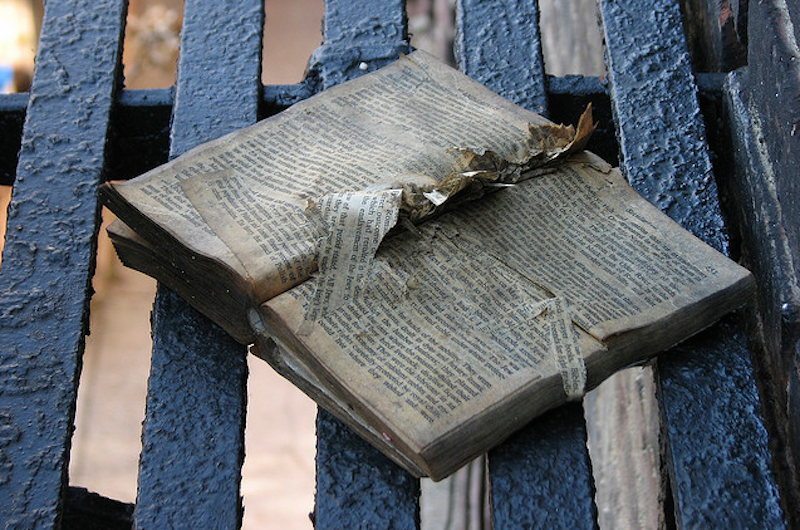 Earlier this month the Iowa Writer's Workshop celebrated its 75th anniversary with a weekend full of scholarly presentations, panel discussions and readings from some of its most famous alums. Robert Lehrman, writing for The Christian Science Monitor, used the event to sound off on the state of American fiction and the importance of MFA writing programs in general. Lehrman is hopeful, and rightly so: despite scary statistics like, "forty-two percent of college graduates will never read another book, cover to cover, once they walk across the stage and pick up their diploma," there's still plenty of smart, talented writers published every year.

Still, some pundits worry that digital technology and the Internet are turning us all into hyperactive maniacs, too wired into Facebook and Twitter, too distracted by television and video games, to have the kind of focus necessary for reading serious fiction. Consider Johann Hari's recent essay in The Independent:

The book—the physical paper book—is being circled by a shoal of sharks, with sales down 9 per cent this year alone. It's being chewed by the e-book. It's being gored by the death of the bookshop and the library. And most importantly, the mental space it occupied is being eroded by the thousand Weapons of Mass Distraction that surround us all. It's hard to admit, but we all sense it: it is becoming almost physically harder to read books.
Hari's fear is that the 21st century will not find books banned or burned, but completely ignored, boxed up and left to rot. Philip Roth recently told The Guardian the same thing:

I think it's going to be cultic... it will be a small group of people. Maybe more people than now read Latin poetry, but somewhere in that range... The book can't compete with the screen. It couldn't compete [in the] beginning with the movie screen. It couldn't compete with the television screen, and it can't compete with the computer screen. Now we have all those screens, so against all those screens a book couldn't measure up.
Never mind that we still have books and readers more than 100 years after the first movie theaters, and more than 50 years after I Love Lucy. I'm not sure why Roth thinks certain media supplants other media. You can buy a disposable camera in every corner drug store but that doesn't mean no one's painting portraits or landscapes anymore (or that no one's buying them).

Meanwhile, Amazon's eBook sales have surpassed their print sales, a mere four years after the Kindle was introduced, but for someone like Hari that doesn't count:

I'm not against e-books in principle—I'm tempted by the Kindle—but the more they become interactive and linked, the more they multitask and offer a hundred different functions, the less they will be able to preserve the aspects of the book that we actually need. An e-book reader that does a lot will not, in the end, be a book.
Apparently no one with an eBook can read anything without also simultaneously updating their Facebook status and watching last night's episode of The Office. Amazon's bestsellers, both for print and eBook, are just generally awful—Water For Elephants, The Girl With the Dragon Tattoo, the kind of mass market romances that usually feature studly shirtless men on the cover—so I'm not really as worried about it as Hari. If you're the kind of reader who's buying Shakespeare or Don Quixote, I don't think it matters whether you prefer eBooks or paperbacks.

Ultimately, it'll take writers that are willing to deal directly with technology and the Internet, both in their work and in their business. Laura Miller talked about that challenge back in January: "The internet has altered our lives in ways television never did or could, but mainstream literary novelists—by which I mean writers who specialise in realistic, character-based narratives—have mostly shied away from writing about this, perhaps hoping that, like TV, it could be safely ignored." And while Philip Roth may not have hope that a new generation of writers can meet that challenge, I prefer to side with AS Byatt, "The novel I want to see absorbs this kind of discourse of Twittering and Tweeting and exchanging constant reassurances to whether you exist or not with thoughtful language of the kind I believe in..."