Splice catches up with the girl America loves to hate for a poolside chat about life in the ten years since her infamous "not guilty" verdict. 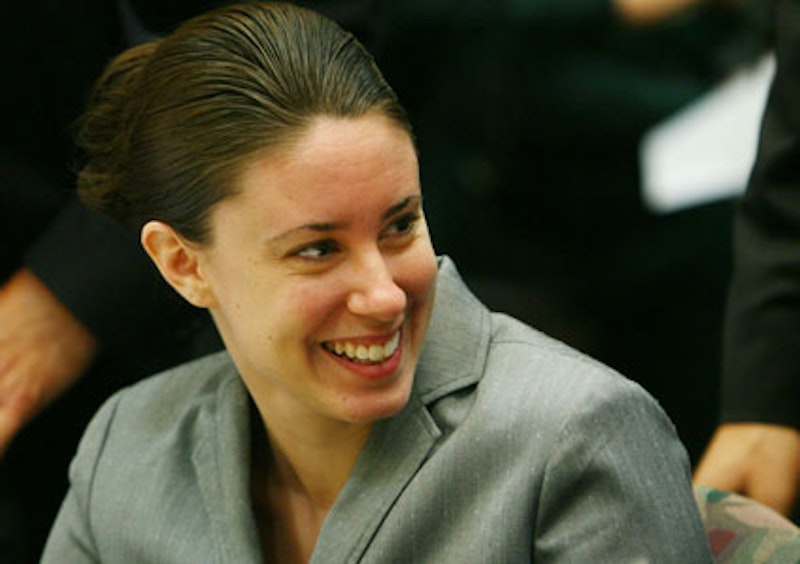 Ten years removed from the verdict that shocked most Americans, Casey Anthony’s doing well for herself. Back in 2011, it was a foregone conclusion that she’d be serving a life sentence or on death row right now, but this little cookie beat the odds and has proven all the naysayers wrong, and good for her. She has a book coming out, a modest but roomy suburban home in Scottsdale, AZ, a bit of a makeover (she’s blonde now), and a little spice in her love life (ooh-la-la!).  My Life: For Caylee, her new memoir, is being released next week, renewing interest in the case that replaced OJ in the court of public opinion as The One That Got Away. I caught up with her in a poolside chat at her Arizona home last week. Here’s Casey in her own words.

ST: First of all let me say you’re looking great. Have you had any work done?

Casey Anthony: Just a little. My publicist said it would be good to get my nose straightened a little bit, so what the hell. The blonde thing was so spur of the moment.

ST: It looks so fab. So, the question on everyone’s mind, with the anniversary coming up and the book… did you do it?

CA: No comment [laughs]. No, but, I mean… this book was all about coming clean, letting all the demons out, just letting my whole self be free at last, of all the guilt, the drama, the sturm und dung, if you will. And to just tell my side of the story.

ST: Just to clarify, do you make any admission of guilt or complicity in the book?

CA: Look, that’s not what this was ever about. We all went through the trial, God knows I did [laughs]… and I’ve come out the other side of it a better woman. Certainly a little more well off, more stable… I have a man in my life and it’s the best thing that’s ever happened to me.

ST: Can we get an interview? A picture? A name?

CA: We’re not ready to publish anything yet, but let’s just say he’s in the industry… and hung like a moose.

ST: [laughs, sighs] What about your parents? Do you still talk to them?

CA: I actually haven’t. They’ve split up as far as I know, since my dad has been living in Thailand, doing the whole Gary Glitter thing… I know my mom couldn’t live in the Orient. Too steamy, and those rains… but I couldn’t care less. I’m happy and that’s all that counts. I’m letting my true self be free, at last. Caylee would have wanted that.

ST: Do you ever miss Caylee at all?

CA: Oh, all the time. I loved my daughter dearly, despite what any media assassins have to say. There isn’t a day that goes by where I don’t think about having another one. I had so much fun with Caylee, but I was in a tough place. It was 2008, a totally different world. Crazy, crazy things going on. Not the best environment to raise a child. I mean let’s be honest, Caylee was only two, but is there any doubt that she would’ve grown up to be just as fucked up as me? People like Nancy Grace never even gave her the chance to have her own daughter and make her own poor decisions. I’m always the bad guy and Caylee’s always the little angel. She was such a little brat sometimes. I’m sick of it. That’s why I wrote the book.

ST: Speaking of Nancy Grace, so sad to hear what happened last week…

CA: Doesn’t really surprise me. Autoerotic asphyxiation is a lot more popular than you think. Just ask my boyfriend.

ST: So you’ve got the book, the house, the boyfriend, the hair… what’s next?

CA: Tomorrow I’ll be at a casting call for my TV movie, Casey Unchained. Not to throw names around, but we were initially thinking Zooey Deschanel to play me, but right now we’re looking at unknowns mostly, just so that they don’t end up overshadowing the whole project. It’s a really beautiful script, really well done, and I’m so glad Lifetime has already agreed to a three-film deal. My own trilogy [laughs].

CA: Thanks. I’ll see you on the other side.