Democratic dogs have no use for politics or religion. 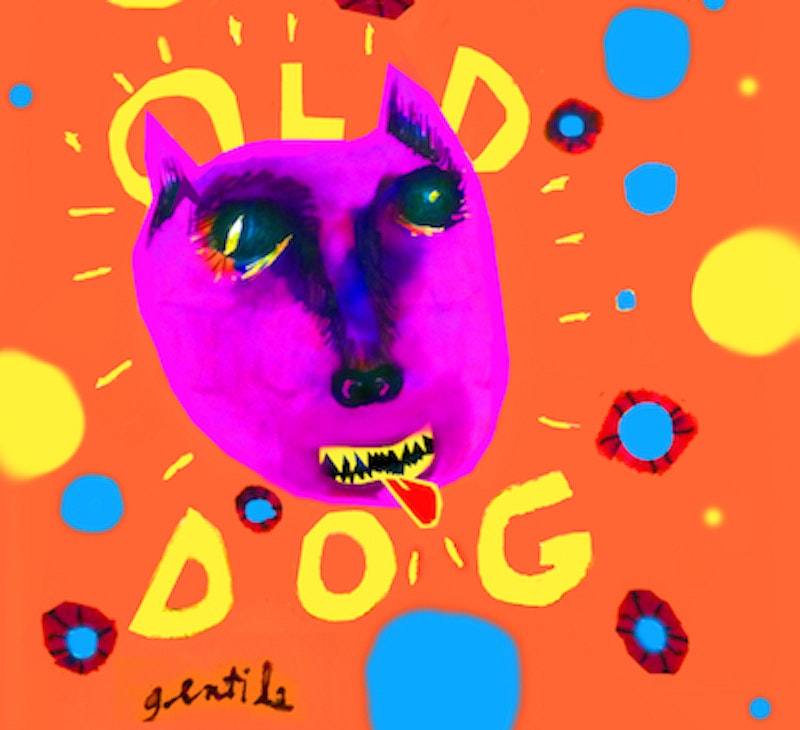 In my dotage I'm learning new tricks. Like how to relax when everything around me is insane. Feeble attempts at remaining calm in the company of crazy big crowds. You never know when some nut with an automatic weapon will spray the immediate vicinity with bullets. Play dead or go fetch the ball. Shake my paw or scratch my belly. Beg for my supper or scrounge through the garbage. Bigger and better ways to survive in a world gone mad. Barking for the hell of it. Learning how to let go of negative energy, toxic people and psychic vampires. You can't be trained to do that. Sometimes bad people are very believable at playing good. Most dogs can smell fear. Some can feel evil. I remain faithful to my friends and fierce to those who’d do harm. Attack if provoked, pushed into a corner or backed against a wall. I’ll bear my fangs and growl, ill will is everywhere.

I won’t bite the hand that feeds unless I’m fed lies. Some dogs will eat their own crap but not the crap off others. My bark is worse than my bite. I can be loyal to a fault. Like the faithful mutt that sits on its dead master’s grave waiting for him to return. If shown kindness and love I'll follow till the end of time. If you're mean and cruel I’ll turn my back on you and run wild and free. A lone stray in a strange land.

Subliminal secretions have me drooling at the mouth every time I hear a song I love. Every time I see a movie over again and again. Every time I read a poem or a story that makes me feel something more than numb. The metronome of a heart keeping in step with the march of time. The thought of a world without sound, without time, without words is no world at all. A parade of blood coursing through the avenues  of life. The love of living needs no standard. The rich pageant of words to describe thoughts unfurled and flapping like a flag at the lips. Everything is easy with the mouth.

An old dog doesn't need new tricks to know the same old routine. A bone to gnaw and a rub on the head will suffice. Don't ask for much in this world. At times feeling like I'm played like a cheap fiddle. Other times I play the violin as the city burns. Dogs run free to sniff butts and do their business right out in the open. Some people like to do that too. Mark territory and roam with the pack. Words are the cacophony of poo. The waste of digested thoughts. Ingested in our heads and spewed upon the unsuspecting page. Out of the mouths of the older and wiser flows the diarrhea of the mind. A word soup lapped up and licked clean by the hounds of hell. The angry dog barking orders to no one but disturbing the whole neighborhood. It will blow over soon. People have a short attention span when it comes to any kind of news.

This old dog ain't going back to the good old days. Restless sleep whimpering in the dreams of a young pup. No creature upon this earth is more forgiving than a dog. Human suffering is the disease of jealousy and greed that plagues people across the universe. A dog might bite you if you try to take away its bone or attack loved ones. The humane treatment of putting down a sick or unwanted animal goes with the territory. It’s a burden for beasts. Not so easy to kill what we love. Pet peeves of a dog lover throwing a stick and yelling "Go get it" and "Bring it back here good boy!” Conditioned to commands and catch phrase skillsets like “Sit, No, Stop, Lay down, Heel, and Come here.” Humping a stranger’s leg, straddling anything that moves, pumping at the air thrusting any hole that fits. Saying no... bad dog. No! The fur will fly at the dogfight.

The canine cousin of the domesticated dog would be the wolf. Our oldest ancestor on four paws. No sly fox, cartoon coyote, hilarious hyena, shady jackal or shrieking dingo. It appears man’s best friend has all the qualities we humans could hope for. Fierce loyalty, unconditional love, a carnivorous appetite and lust for life. No salty dog, dirty dog, atomic dog, will win the human race over like a good dog. Not your cute fluffy fur balls of conspicuous consumption like the poodle or the Chihuahua. Status symbols for some. Democratic dogs have no use for politics or religion. A dog will hunt or run with the hunted. I howl at the moon. A common mongrel in a flea bag hotel chasing my tail. Licking my balls. A mutt for all seasons. Woof! Bow wow! The dog show must go on.