A savage prose poem, plus some thoughts on CGI. 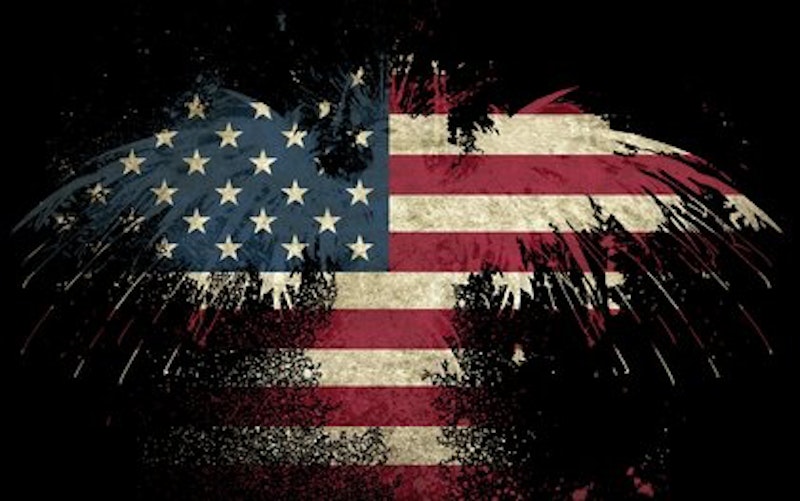 My cousin's nephew wrote a poem about America. We all asked him not to, but it was a long car trip and in the end he got the poem down on a notepad. He said we had to hear it:

“America, do you get the feeling that things are set up wrong, that we can't see straight and are condemned to blunder? Oh, stiff-legged apocalypse that we stumble through; manic floor beneath our feet; ice-cube eyes that stay lumps, that never get it together, never say 'What the hell' and do the job and see.

“America, you live in a time of a low ceiling. It crowds everything you do, and you cannot find your feet and do your work. That's because you don't raise your eyes; you don't get your brain going.

“America, your president droops like a lizard in a kid's terrarium.

“America, you pick at the skin of the Middle East with the rake of your weapons, and wonder why nothing clears up.

“America, you try to think and a transcontinental web of intersecting communication lines begins buzzing awareness through your skull. New jolts each second because of outrages that must be absorbed, new kinds of huff imposed by unsuspected questions of perspective: new tigers found round unsuspected corners, challenges glaring from silly pronouns like cis- and whatever, the other one.

“America, your name has been bounced through so many poems...

“America, your name has been bounced through so many poems... that its sound is now like the sound of a soccer ball bounced by a kid who was left by himself in the middle of an asphalt stretch considered a street.

“America, your name has been bounced through so many poems...

“You might as well lie down. Don't consider being so active, find a lower gear. Let it all wash over you. The world can do without.”

He read us the thing in stages, comfort break to comfort break, and the people at the Howard Johnson’s stared because of the voices he made for “transcontinental web of intersecting communication lines.” Then, when we got to Keene, he said this poem was just the start. It's the prologue and he's writing a verse drama called Jefferson's Other Children; Or, The Crisis of an Age.

Second year at Stuyvesant and he writes this shit. You can't tell him to stop because he's sensitive. I mean, it's not just his mother saying that. I think he's sensitive too. I wish he weren't, and she isn't so thrilled either.

Netflix Corner. Supposedly it was big news when The Wolf of Wall Street turned out to involve CGI. Various websites marveled over the highlights reel distributed by the people behind the effects. The beach mansion where the big debauch took place was surrounded by scrub, not by other mansions. The lion in the Stratton Oakmont commercial paced down an office full of empty terminals; the brokers were duped in, layer after layer of them, the whole crowd, and the lion's handler was duped out.