Eightysixed Is the Memoir You Didn’t Know You Needed

A must-read for twentysomethings. 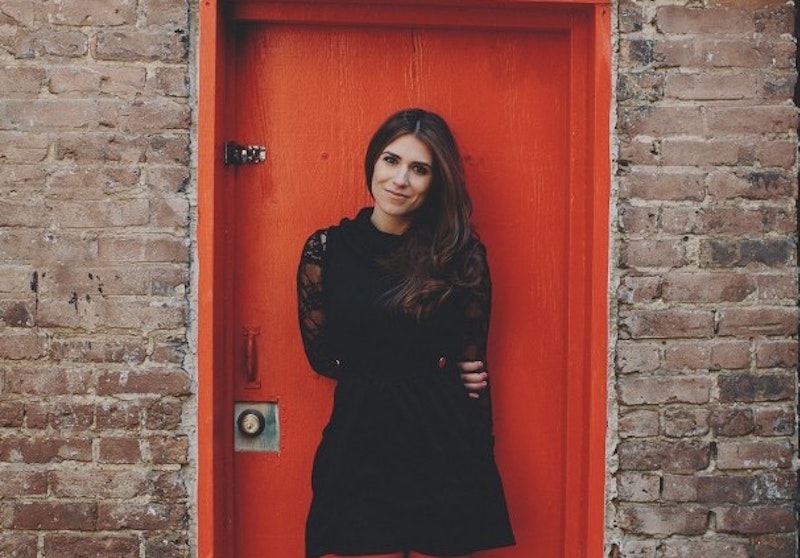 Emily Belden had a unique foray into the writing world, blending her blog total e-bag and samples from her novel into an interactive website where publishers interested in representing her could experience her work. Her take meant it was only a matter of time before her memoir Eightysixed found the right publishing house. What’s interesting about Belden’s efforts, however, is that she waited it out. Instead of cashing in on a major publisher that would’ve ripped her story to shreds, she chose a smaller publishing house (Pandamoon) that saw her vision exactly as it was: intact.

The resulting product ended up as one of the boldest memoirs I’ve read in recent years. Belden doesn’t attempt to glamorize her life. Instead, she offers readers a glass of red wine and asks them to sit down at her kitchen table and digest all the crazy antics that’ve happened to her. The conversational style of the book and witty commentary make it feel like you’re having a chat with a good friend, and Belden proves to be the sharp-tongued friend you want in your corner.

The memoir opens with Belden's catastrophic breakup with her sweetheart in Nebraska: "Trent was my ‘Groundhog's Day.’ No matter what I would do, the same nightmare involving him was going to replay itself day after day. With him, it was always going to be six more weeks of a cold, harsh winter." The rest of the book highlights Belden’s attempts to navigate a new life she’s trying to build after the old one was abruptly shattered. The book is fast-paced and the vibrant characters Belden surrounds herself with (willingly or not) keeps it fresh, even if the settings begin to feel the same. The editors were obviously interested in having food play a major role throughout the narrative, but Belden’s laser-focused voice keeps readers entranced throughout the multiple restaurant and bar scenes.

Belden toes a feminist line. From absconding from a past friend who is now a coke-snorting sugar baby to casual comments about outfits there are points in the book that make a reader wonder where Belden stands on feminist views, only to have her draw you back in with her saucy mouth when it comes to the men she deals with. Belden doesn’t need everyone to like her; she just wants everyone to hear her. The way she handles the bad dates and strange characters she encounters makes the reader cheer for her. Belden’s able to capture something that memoirists struggle with: she is able to make you love her without trying very hard.

The best essay involves a bad boy Belden’s drawn to though she's not sure why; he has bad teeth, a beard, and keeps telling her that he’s bad news. When he casually does cocaine off a paperback book she was planning on reading, she begins to understand just how much danger she is putting both of them in. And therein lies the reason why this book is so relatable. Haven’t we all had moments where we could feel ourselves self-destructing, yet we continue anyway just to see what will happen next?

What’s most striking about this collection is that Belden reveals just enough. Enough to keep readers interested, yet holding the cards close enough to her chest to let the reader know this will all pan out for her in the end. Unlike other memoirists today (side-eyeing you, Lena Dunham) Belden understands where the line is in over-sharing.