Half an Avenue in Midtown 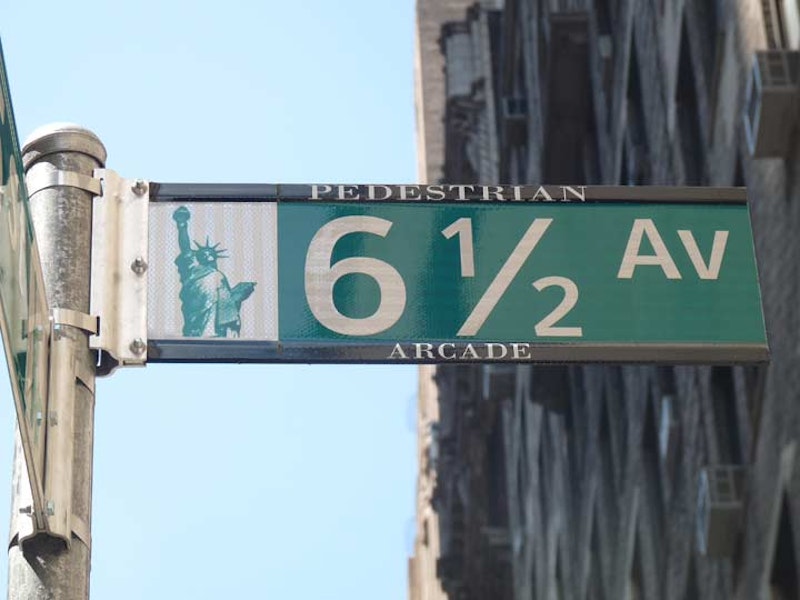 By the first decade of the 19th century, New York City was beginning to outgrow the small area at the tip of Manhattan Island that had defined the city limits ever since a permanent European settlement was established in 1625, give or take a year. The rest of the island was divided up among landed gentry and farmers, and traversed by country roads. There were hills, some of them high; boulders and rocks, some of them iceberg-sized; and streams and ponds.

In 1807 the city petitioned the state for permission to expand and come up with a city plan. A group of commissioners decided a grid street plan was the best way to go—other cities such as Philadelphia and Savannah had adopted successful grids. And, other than the area around the Battery, Manhattan had already developed along a rough grid.

A new grid was platted as far north as 155th Street; the mapmakers believed it would take over a century for development to reach that far north. A young surveyor named John Randel Jr. was assigned to formulate a team and formally survey the grid, from North Street (today’s Houston) north to 155th, from river to river. And so they did.

Randel and his team, using the hand surveying tools of the day, measured precisely the street grid everyone traverses today when in Manhattan, with a few exceptions. Madison and Lexington Avenue were added in the 1830s, and small ‘towns’ up-island such as Manhattanville were later incorporated into the grid.

Randel’s team roved the island, through thick brush, rock outcroppings, and avoided the occasional angry watchdog or charging bull. By 1811 his survey was complete, but then came the actual mapping and surveying job, done over the next 10 years.

Avenues numbered from 1 to 13 were mapped and laid out. By 2015, only 1st, 2nd, 3rd, and 5th Avenues ran to Manhattan’s uppermost regions, while other numbered avenues had all mostly been renamed north of Central Park or 59th Street by the 1980s. 13th Avenue was part of the now-demolished Gansevoort Market in what is now the Meatpacking District (and also, the section of 13th Avenue between West 14th and West 22nd Streets is now 11th Avenue).

Recently the City has made the newest addition to its set of numbered avenues for over two centuries. In 2012, a pedestrian-only strip, named 6-1/2 Avenue, was opened through existing open-air plazas and building lobbies, running from West 51st north to West 57th Streets between 6th and 7th Avenues.

I recently took a stroll up 6-1/2th Avenue (one wishes computer keyboards had a “one-half” key when doing articles like this). As a short-cut, the route does its job, but aesthetically, well… 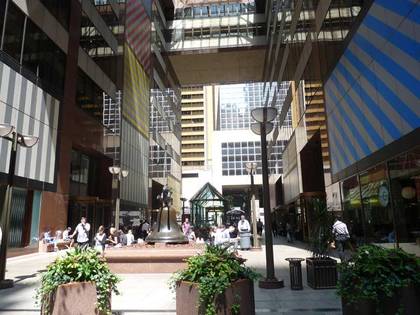 6-1/2th Avenue begins impressively as the arcade in the center of what was originally the Equitable, now AXA, building at 787 7th Avenue. There are sculptures by Barry Flanagan including the famed “Young Elephant”; differently textured surfaces, entrances to businesses, overhead walkways and, for me at least, unique lamppost designs. 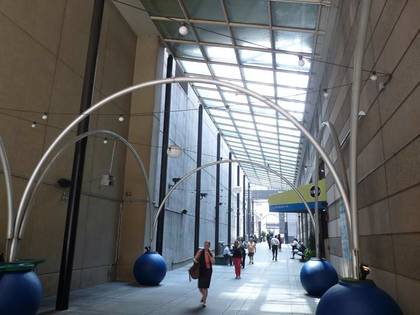 The arcade through 135 West 52nd Street was considerably more functional, but with artistic touches such as arched installations with bases that resemble Christmas tree baubles. The slanted roof admitting sunlight is a nice touch. 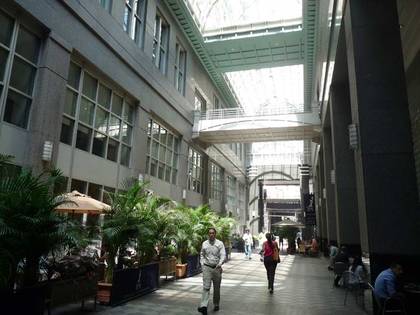 This arcade, behind 1325 6th Avenue, is enlivened by planters and restaurants offering street food that can be consumed at a row of tables and chairs. Once again, overhead walkways and a sunroof help to give the space depth and breadth. I suspect, though, that these POPs (“privately owned passageways”) find more use in the cold or rainy weather.

North of here, 6-1/2th Avenue tunnels through the Art Deco-ish arcade of the City Spire Condos, between West 55th and 56th; the Metropolitan Tower’s ghostly bluish arcade; and the ritzy Le Hotel Paerker Méridien lobby, which is partly a hotel lobby, partly a public space.

Meanwhile, there are other POPs around town (when I worked on 7th Avenue and West 29th, I figured out how to enter a building on West 30th, pass through several lobbies and wind up on 7th Avenue and West 32nd, in the lobby of the Affinia Manhattan Hotel). Thus far, 6-1/2th Avenue is the only one with a name. Of course, the most massive POP is the arcade beneath 6th Avenue beneath Rockefeller Center that stretches as far as the Atlas sculpture on 5th Avenue across the street from St. Patrick’s. There are also a few subway arcades that have been shuttered since the 1980s because of crime concerns; you would think neighboring businesses or NYC would pony up and reopen and secure them, but things are not meant to be easy for subway commuters. 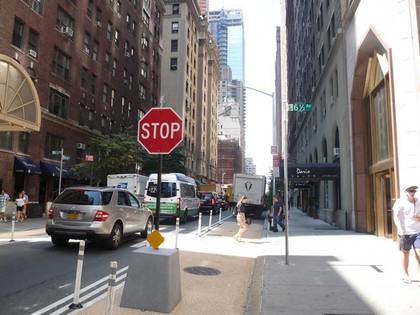 To me the most interesting aspect of 6-1/2th Avenue is the infrastructure associated with it. New pavements have been installed differentiating crosswalks, regulation green Department of Transportation street signs were erected, and, most vexing for motorists, each street between West 51st and 57th between 6th and 7th Avenues now has a stop sign; midblock stops are rare in Manhattan.