NYC’s Jolt of Adrenaline Eluded Me

Retreating to the calm days in Southampton. 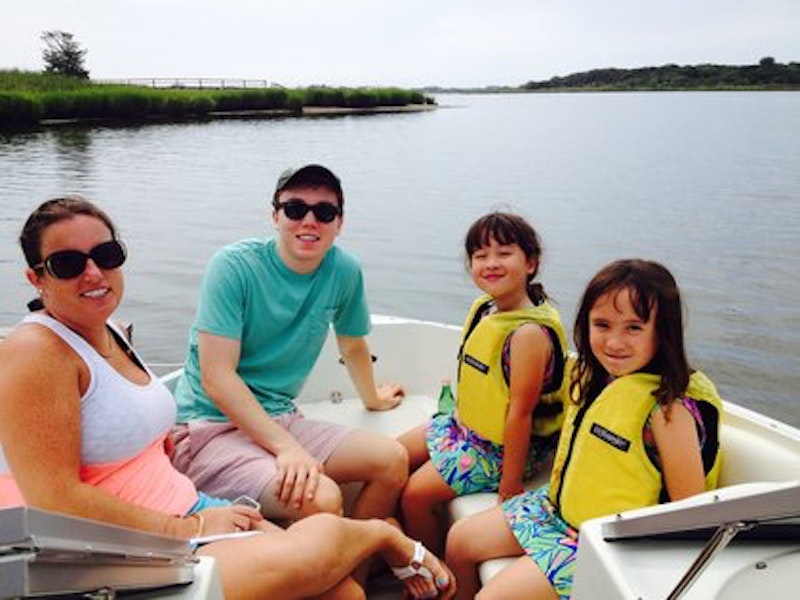 Walking down Madison Ave. last Monday, spinning and swerving and whirling and jostling just to find a clear path, I was stunned by the amount of Manhattan’s street traffic in mid-August. Tourists, sure, of more nationalities than I can count, but what an unruly bunch. I was briskly finding a hole on the packed sidewalk, when a teenaged Brit, interrupting a text he was reading, told me, “Watch where you’re going, cunt!” I’ve no patience for that sort of admonition, especially for no cause, and would’ve liked to sock this guy in the kisser, but that’s not my style and anyway, I was scurrying back to the isolation of the Peninsula Hotel. It’s bad enough that the city has morphed, year by year, into an anonymous strip mall—my son Booker briefly searched in vain for an independent bookstore—but sometimes the hostility of slowpokes clogging the thoroughfares leads to fleeting despondence. I’m a visitor to NYC these days, having moved to Baltimore 11 years ago after a long and wonderful residence in Tribeca, but these nuisances are for the pigeons, human and otherwise.

Booker and I were just making a pit stop in Manhattan, an overnight before heading out to Southampton to see family—a brother, cousins, nieces and nephews—and while I used to relish grimy encounters, mostly in Lower Manhattan, I guess advancing middle age has rendered me less tolerant. A few weeks ago, I found out that my longtime friend Michael—who was New York Press’ art director back when I owned that weekly—was moving to a small farm in Vermont. Joking around, I wondered whether he was going all Wavy Gravy on me—Michael’s about the most urban guy you’d ever meet—but he’s got a new gal and after living in the city since ’88, he said that there was nothing left for him with the publishing business blown up, and besides, he was worn out from exiting his Chelsea apartment each morning and finding a fresh dump on the doorstep, courtesy of an excessively rude hobo.

Last year, 62-year-old David Byrne created a big stink, writing in The Guardian—naturally—that artists were getting aced out of housing in Greater New York because of the loathed one percent’s uncouth greed, implying that he too was feeling the pinch, thinking this may not be the place anymore. He wrote that if the young and talented can’t live in New York, he’s going to leave. The nerve! I retch upon reading self-righteous stories like this, written by celebrities who own swank abodes not only in New York but elsewhere, pretending that they’re back in the 1970s, sleeping on couches while working feverishly—and in Byrne’s case, magnificently—to make a mark in a competitive field. Byrne, in fairness, wasn’t advocating a return to the “Ford to City: Drop Dead” days when Talking Heads was playing to 40 people at small clubs, but such articles are more convincing from longtime New Yorkers feeling a legit squeeze. Byrne’s wasn’t quite a Michael Moore moment—the Populist Limo-riding Man From Flint, MI is tough to top—but it was a head-scratcher.

That evening, Booker and I bowed to nostalgia and had dinner at Roc, an Italian joint a block away from our former condo on Duane St., and it was just as reliable as all those times my wife Melissa and I dined there, sometimes by ourselves, often with NYP colleagues like Jeff Koyen, Andrey Slivka, Lisa Kearns and Michael Cohen, and while the perfect bowl of spaghetti with chunks of sausage and an appetizer of grilled scallops enhanced by blood orange were swell, I had a melancholy moment upon stepping out of the restaurant for a smoke and gazing down Greenwich St., with the abominable One World Trade Center smacking me square in my potato nose. Nothing could replace the Twin Towers, as part of the skyline or as an NYC icon, but this is an ugly-ass building. Could be that I’m still infuriated that it took so long to erect: why the re-building wasn’t done immediately instead of getting delayed by petty bureaucratic squabbles remains a national disgrace.

The drive to Southampton in mid-morning on a weekday isn’t quite two hours, unless there’s an LIE hold-up in Queens, and it whizzed by until we hit town. I had to make a stop at the CVS—just up the street from a McDonald’s where my older son Nicky got his first Power Ranger action figure at age three—and the pharmacy line was almost out the door. You’d think the franchise might hire one or two more employees, since no one was pleased about the back-up, but hey, I’ve got to stop griping since once we settled in at my brother’s spread all was calm and bright. I guess there’s a Hamptons stigma today that’s far worse than 15 years ago—anyone remember the fat, advertising-packed Dan’s Papers?—but that’s material for writers who are preternaturally crabbier than myself. Really! My twin grand-nieces, Lillian and Savanna, were the greeting party, and at six years old, they’ve got energy to spare, especially when it comes to playing games with their buddy Booker. My son and grand-nephew Jed, just back from his summer construction job, were locked in makeshift jails by the girls, and attempted to talk about college while taking orders.

This was no liberal enclave, so at lunch one day several of us jaw-boned about politics, annoyed that the GOP still hasn’t presented, at this late date, a presidential candidate who can take advantage of the nation’s fatigue with Barack Obama and beat the stuffing out of Hillary Clinton—if she runs—or Elizabeth Warren. Ought to be relatively easy, but, leaving aside kooks like Ted Cruz and Rick Santorum, is there a man (no women on the horizon) who can deliver a speech that doesn’t double as a dose of Ambien? Not Rand Paul, even though his domestic views could lure the youth vote; not Marco Rubio, still wet behind the ears; and certainly not Bobby Jindal, who makes Mitt Romney seem like Ronald Reagan in the charisma department. My nephew Caleb promoted Indiana Gov. Mike Pence and was shot down. My brother and sister-in-law are Paul Ryan fans, but agree with me that the guy’s a snoozer who’s been damaged by his unimpressive turn as Romney’s runningmate two years ago.

Sen. John Thune? Gov. Scott Walker? Gov. John Kasich (an alleged RINO, which would be a plus in the general election)? Hell, I’ve got no idea, and no one else does either. Still too early.

There was a lot of outdoor activity, but yours truly didn’t fare well, losing to my brother at croquet and bocce, and as for more energetic pursuits, such as volleyball, my recently fractured foot put me on the sidelines. Not so for my darling cousin Veronica’s two teenagers, Richie and Brandon (top school athletes), who dominated the field. One night, after a picnic dinner of ribs, hot dogs, sushi, deviled eggs and grilled asparagus, Richie interrogated me once again (he did the same in Bermuda last year) about what it was like when the Beatles were an active band in the 1960s. He and his brother are huge fans, and I didn’t mind at all that they wanted to hear about the music of the time from a relative who was knee-deep in the culture—that’s what old guys like me are for, kind of like an organ grinder with a monkey—and it was a lot of fun trading favorite songs. The boys aren’t at all interested in Bob Dylan’s explosive run—Richie said upon hearing “Like a Rolling Stone,” he was put off by the voice—but I think I persuaded them to give Highway 61 a try. They nodded an assent, but polite a fault, they could’ve been placating me.

Booker stayed on for a few more days, going fishing and successfully snagging dinner, although apparently some choppy water gave his usually iron stomach a workout, but for me it was back to the city, the dump known as Penn Station, and a smooth ride back to Baltimore. I relaxed, read a book, but still had the disconsolate feeling that five years hence New York will be completely indistinguishable from this country’s generic cities.