I'm Looking for the Perfect Love 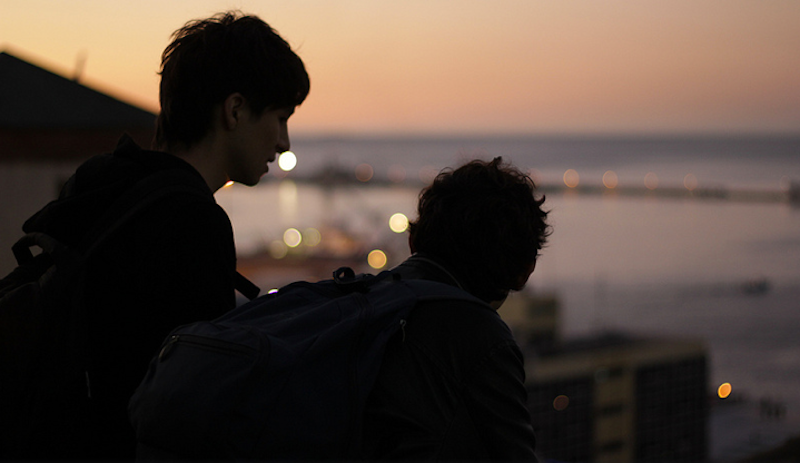 I’ve been single for over a year, and for a long time I thought it said a lot about me. After first coming out, I believed I was above the gay scene. I’d never download Grindr or OkCupid or any other apps gay men use to connect. A year later, I’ve downloaded both applications numerous times to failed results. For a while, I’d look around and see most of my gay friends in serious, committed relationships. They make homemade chicken soup in a shared kitchen, play records for each other on vinyl, have routine sex, and laugh at each other’s jokes even when they aren’t funny.

It was easy for me to be hard on myself. I’d pull up my shirt and wonder if my abs were spectacular if I’d find love more easily. I’d drop my voice down a few octaves just to see if it had a different effect on the men I tried to flirt with. Since my last relationship busted up I’ve been on enough dates to reinforce my preconceived idea that perhaps it was me that was the problem.

We have to remind ourselves every time loneliness sets in that only 2-10% of the population is gay. Factored into that small amount is how many gay men are open about their sexuality. How many left are still single, how many we’re physically attracted to, and how many we’re emotionally attracted to. This dwindling number may make you feel panicked, it may make you feel like you’ll never find someone who is your type who likes you and wants the same things out of life. There was a time when this realization that my eligible dating pool could fit on a small island would make me deeply upset. However, in a way, it’s comforting to me.

Understanding that there’s a small amount of people who are right for me brings deep peace. I may find the man of my dreams, but it’s perfectly okay to not find him today. I have to be strong enough to give myself fully to someone else when the time comes. I need to keep my heart guarded from those who try to woo me. I’ve learned to guard my heart against loneliness and the desire to be with just any man, in order to numb the feeling of falling asleep alone each night. Gay men punish themselves for not being validated by someone else. We pick and preen ourselves until we shy away from what we see in the mirror because we think there is something missing. Just because someone hasn’t found us yet doesn’t mean it’ll never happen.