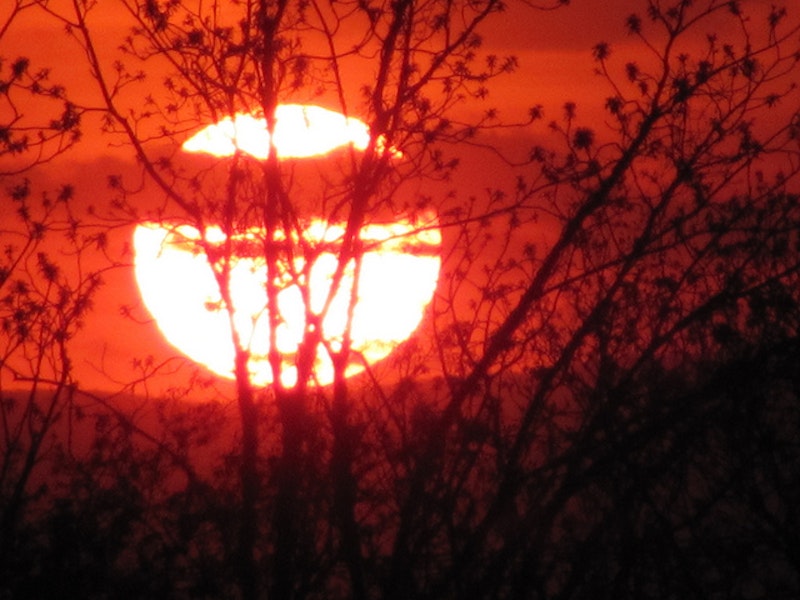 In summer, Lewisburg stands mute and half-naked, licking its wounds, figuring itself out. Weeds flourish in the unlatched backyard of the house across S. 7th St. from the apartment house I rent, but what does that mean: that the tenants were students, or indifferent owners away on holiday? Jarring red “FD” tags appeared on rundown rooming houses and wrecking balls arrived thereafter. For the surviving student rentals: facade face-lifts and touch-ups, dudes gutting interiors. A theater group converged on the commons some afternoons, spirited and inaudible from a distance, in plainclothes. On the weekends Nodin and I shoot hoops at the basketball court adjacent to a pair of little league baseball fields and an antique indoor mall I keep forgetting exists.

The joke—or one of them—is that walking these streets in summer daylight is equally as dispiriting as wandering them in snowy mid-morning dimness: the baffling absence of other people, children and dog walkers. On the main road, where the business of the town is conducted, you’ll find anemic masses lingering, but otherwise Lewisburg is as dead as Round Rock, Texas was in summer; the stillness is both invigorating and suffocating, in a way that recalls The Happening. The odd heated exchange between strangers—a click of suspicious characters gathered on the square for a time, and I couldn’t tell whether their ire was sincere or performance—was jarring, incongruous. Teenagers were out in droves for a week then vanished, as if their point was to register an appearance before the humidity struck, then retreat indoors.

Somehow I keep missing community events, or show up when they’re ending—live music in the park, distant fireworks—though I caught a few minutes of the parade, the part where octogenarians displayed their prowess on impractical bicycles. Flying ants moved in. It swiftly became clear that early weekday afternoons were the best times to score a small vanilla milkshakes from the Freez. Lawn maintenance guys cleaned up, their mowers buzzing close like enormous, syphilis-stricken mosquitoes just long enough to harsh one’s mellow for hours afterwards. As evening approaches I’m frazzled enough that the fireflies arcing by outside freak me out every few minutes, portents of something alien.

A bridge here crosses the Susquehanna and when you walk it now the salty tang of the distant ocean stings the nose. The water is shallow, the bottom close enough to trail fingers across, in the mind’s eye. When kayakers materialize from nowhere only six or seven weeks remain to emulate them. A Bucknell graduate student walks his shaggy, overgrown dog without a leash; he’s trained him so well. Everywhere places are for rent or sale, and it’s deceptively easy to get caught in a rhythm of sizing up: how much could be spent, how much work to be done, would it be worth the trouble anyway? Nothing has replaced the hot dog joint, the nearby coffee shop is shut for the summer, and the dingy Thai place is still on life support. You can tell out-of-towners: they’re dazed, slow movers, too friendly. A guy offers me $100 to help his daughter move into her apartment but I direct him to the college-aged guys who play in a band at someone’s garage the next street over because I have pork chops on the stove. By midnight the air is sultry; feral cats and tree boughs aside, nothing stirs, like a movie scene in the seconds before a lunatic lunges out of the shadows wielding a buck knife.