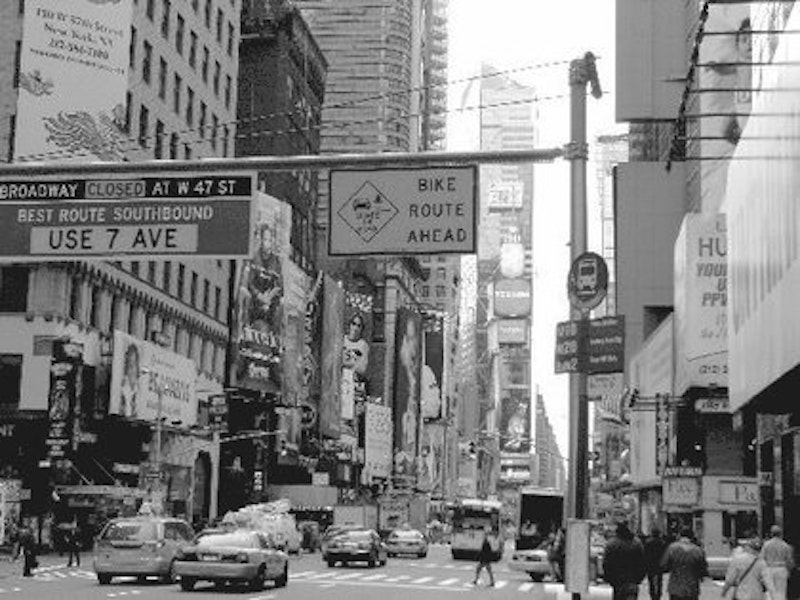 Or, more accurately, I’ve developed an irrational aversion to NYC, the place where I was born but haven't lived since 2005. A city I used to love completely and once wrapped a large portion of my identity around. Yet, somehow, despite 3000 miles distance and a decreasing amount of time spent visiting each year, my disgust for the city only grows.

It's doubly irrational because many of my best friends (and immediate family) basically thrive there, enjoying more success and upward mobility every year—something I didn't experience during my 28-year run. They’re happy. Yet, when I visit, I can't help but obnoxiously implore that “There's a better, easier way to live: NYC is stress city, at best a skeleton of what once made it special, and in any case a needlessly struggle-oriented place.”

It becomes triply irrational and obnoxious to deliver this spiel since the most common reason I hear for my friends' unwillingness to leave is proximity to family, which I fully appreciate. Personally, I relish a little distance from my childhood environs, and I look back upon a childhood in New York as objectively insane. Of course, I also have gratitude for the variety of insights I gained from growing up there, but I now consider the default level of stress and struggle that NYC demands as an unnecessary prerequisite to acquiring that knowledge.

I was one of those kids who was born at Lennox Hill Hospital and never lived off the island of Manhattan until I was in my early 20s (when I moved to Brooklyn, the only other place I resided until I was 28 and moved to California). If crossing a bridge was involved in one of my activities, I might as well have been floating in outer space. I didn't understand how people navigated streets with no numbers.

I didn’t disdain people who came from the suburbs; I just didn't really consider the suburbs at all! Westchester, Long Island, and New Jersey were like abstract locations where some of my friends lived for unknown reason. There's a simple explanation for why I couldn't perceive life clearly beyond the five boroughs: New Yorkers are provincial people. Or, many of us who grew up in the city developed a provincial frame of mind. At least, I did. After all, who needs to venture beyond the confines of a city that has everything?

For all the actual benefits that NYC provides a kid—”growing up with adults,” experiencing independence at a young age, regular exposure to culture and diversity that isn't really possible in most places—city kids often become the equivalent of small-town yokels who never leave.

Then there are the supposed benefits, which are more like self-generated pieces of propaganda. You don't need a car! There are seven bodegas open at five a.m.! Twelve bands are playing tonight! This rent-controlled apartment might be tiny and infested with vermin, but it's rent-controlled!

Some of my distaste for my hometown is rational. New York City, “cleaned up” by the Giuliani and Bloomberg administrations, is a shell of what once made it captivating. By the time I graduated high school in 1995, the city was already becoming generic, the effects are clearly visible today. The level of diversity that I was exposed to in my youth will never again exist in a city where all the artists and misfits (not to mention, uh, minority groups) have been priced out of the center and driven to the outskirts of the outer-boroughs.

It's hard to imagine a time when artists could afford to live and raise families in Soho and Tribeca, when those neighborhoods were distinguishable from every other high-end shopping district in every city in the world. Eventually it will be equally difficult to imagine a time when Harlem was populated mostly by black and Hispanic people and not Columbia grad students.

It's a writer's gimmick to take a walk through some part of the city and describe all the old, now defunct haunts that defined the city's “cool” at some point in his or her imagination. Instead, I'll paint the contrast within a totally ordinary block in Midtown Manhattan—57th/58th and Broadway, near where I grew up until age 13.

On the northwest corner where the Cosmic Diner once served great hash browns and eggs for $10 there now resides a Chase branch. Down the block, where the mighty Coliseum Books thrived for decades, stands a Bank of America. Across the street, where my grandmother took me to open my first checking account at the First Republic Bank, well, that's still a bank, just a different bank. The whole city has turned into an endless fucking string of bank branches!

I still think New York is objectively “great” in some ways: Central Park will always be beautiful, and you can efficiently visit some of the greatest art galleries and museums and eat delicious food all the time (even if in 2014 that means waiting in line at the MOMA and spending $60 a head on a Danny Meyer meal). If you are ambitious, successful, affluent, and you like the action, I get why you're in New York City.

But if you're like I was in my 20s: struggling to scrape by while hanging on to the idea of the great, rugged, independent New York, I suggest leaving and finding somewhere more sane to live: that image of NYC that you think is worth fighting to remain close to no longer exists.