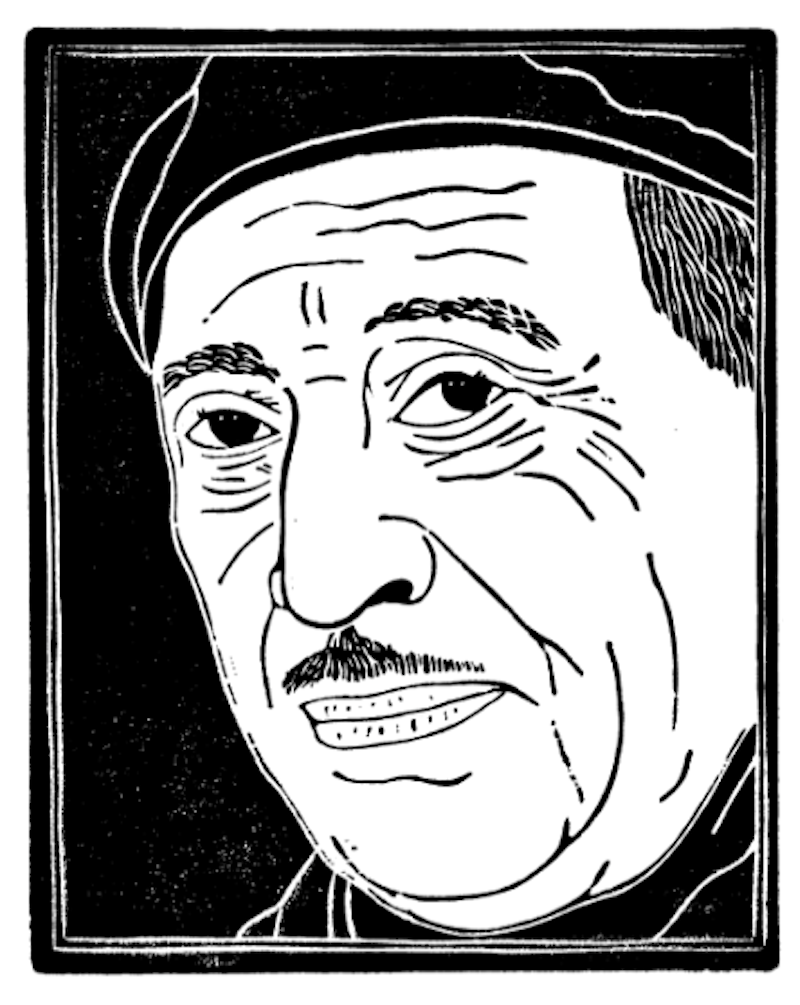 Simon Wiesenthal was an Austrian Jewish Holocaust survivor who came to prominence after World War II as a Nazi hunter. With the aid of the Israeli, Austrian and West German governments he helped capture nearly 1100 Nazi war criminals.

Wiesenthal was born in 1908 in Lvov (in current Ukraine). He studied architecture in high school and married Cyla Muller in 1936. After the Nazis invaded Poland in 1939, Lvov was annexed by the Russians. The Soviets began the "Red purge" of Jewish professionals forcing Jews to give up their property and possessions. Wiesenthal's stepfather was arrested as a "capitalist" and died in prison. His stepbrother was shot and Wiesenthal was forced to close his architectural business.

In 1941, the Nazis displaced the Russians in Lvov. Wiesenthal and his wife were sent to the Janowska concentration camp before being reassigned to the forced labor camp at Ostbahn Works, a repair shop for the Lvov Railroad.

In 1942, the Nazis began their "Final Solution" campaign to annihilate all Jews in occupied Europe. Wiesenthal's mother was killed at Belzec concentration camp. Wiesenthal made a deal with the Polish underground to help his wife obtain false papers and escape the camps. In return, he provided charts of railroad junction points for use by saboteurs.

In 1943, according to Wiesenthal, 54 Jewish intellectuals were gathered at Ostbahn to be killed in celebration of Hitler's 54th birthday. Wiesenthal was among the group. The men were stripped and led through a barbed wire corridor leading to the execution area. Victims were shot dead and fell into a pit. Wiesenthal, who had made himself valuable to the camp director by preparing architectural drawings, was spared via the director's intervention.

Wiesenthal escaped Ostbahn but was re-captured and sent back to Janowska concentration camp. He tried committing suicide to avoid being interrogated about the Polish underground. As the Russian forces advanced into the area, the German army collapsed. Wiesenthal and the remaining prisoners were marched miles to Mauthausen concentration camp. Few prisoners survived the trek. Wiesenthal was left to die in a filthy, stench-ridden barrack. In May, 1945, Mauthausen was liberated by US troops. Wiesenthal was down to 90 pounds and was unable to walk.

After the war, Wiesenthal regained his health. He began gathering evidence on Nazi atrocities for the US Army War Crimes Division. In late 1945, he was reunited with his wife. (They had thought each other was dead.) In 1947, Wiesenthal and 30 volunteers established the Jewish Historical Documentation Center in Linz, Austria. Their goal was to assemble evidence for future war crime trials. With the onset of the Cold War, the US lost interest in prosecuting Germans. The Linz office was closed. Despite lack of money and personnel, Wiesenthal continued his search for Nazis.

High on the list of wanted Nazis was Franz Stangl. Stangl had been commandant of the Sobibor and Treblinka extermination camps. He worked closely with Heinrich Himmler and helped develop gas chambers for all the camps. Under Stangl's command, 100,000 Jews were killed at Sobibor and 600,000 at Treblinka. He perfected a method of gassing 3,000 Jews at once.

In the last days of the war, Stangl was picked up by American troops and held in a prisoner camp. The Americans didn’t know of his role as a death camp commandant. While being transferred to Austria to stand trial, he was allowed to walk free. He traveled to Italy where he contacted a Catholic Bishop, Alois Hudal, who was a Nazi sympathizer. Hudal arranged for Stangl to travel to Syria where he obtained work in a textile factory. Stangl sent for his wife and daughter and they moved to Brazil where Stangl worked for a Volkswagen factory while his wife worked for Mercedes Benz.

Wiesenthal's efforts to capture Stangl gained momentum in 1964 when 10 guards who worked at Treblinka testified against Stangl at a war crimes trial. Wiesenthal used the trial to publicize his hunt for the missing Nazi. Stangl's brother-in-law read about the trial in an Austrian newspaper and revealed to Wiesenthal that Stangl was living somewhere in Brazil. A few days later, an ex-Gestapo officer appeared in Wiesenthal's office. He offered to sell information on Stangl's whereabouts. His price was one cent for each of the Jews killed under Stangl's command. Estimated at 700,000 people, Wiesenthal would have to pay $7000 for the information. Though disgusted by the deal, Wiesenthal agreed.

Wiesenthal focused on Sao Paolo. Using the code name "Uncle Otto," he corresponded with officials in Brazil. He located Stangl's home address and began preparing documentation for extradition. He knew he had to be careful. The large community of ex-Nazis in Brazil could help Stangl escape at any time.

On the evening of February 28, 1967, Stangl and his daughter returned home after a quiet dinner. A team of plainclothes Brazilian policemen captured Stangl. Wiesenthal worked hard to publicize demands for Stangl's extradition. He contacted Sen. Robert Kennedy to use his influence on Brazilian politicians. In June, the Brazilian Supreme Court ruled unanimously that Stangl be deported to Germany to stand trial. Stangl was sentenced to life in prison for joint responsibility in the murder of 900,000 men, women and children. He died six months later of heart failure.

Wiesenthal continued working into his 90s. He received numerous death threats and in 1982, a bomb placed by neo-Nazis exploded outside his Austrian home. Armed guards remained outside his house 24 hours a day. Wiesenthal's wife Cyla died in 2003 at 95. Wiesenthal retired shortly afterward. He once said if he were to meet the Holocaust victims in the afterlife he wanted to be able to say, "I did not forget you." He died in September, 2005 at 96. He was buried in Herzliya, Israel.