If You Find Yourself in Baltimore

Take a trip to the H.L. Mencken house. 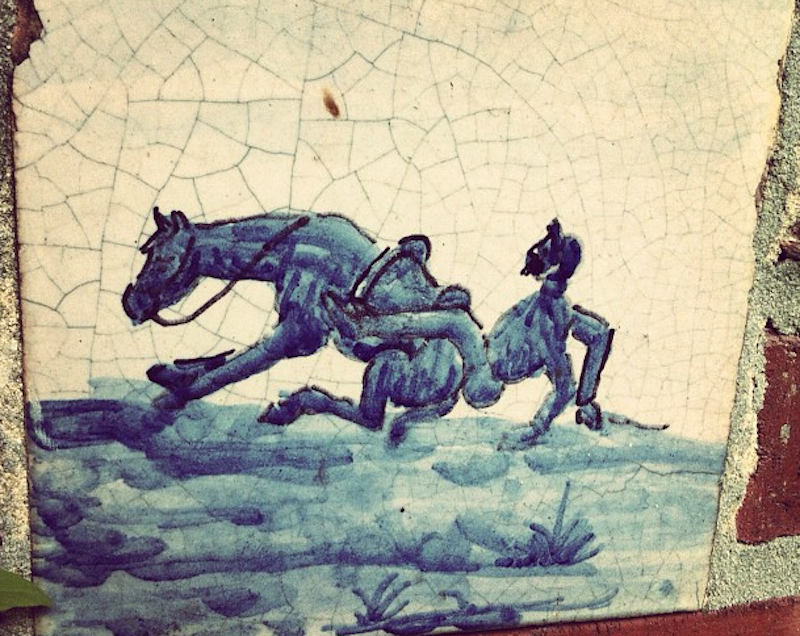 A few winters back my post-college life was put on hold because I was collecting unemployment and had no idea what I was doing, so I went on a literary pilgrimage to visit the home of H.L. Mencken in between stints driving down I-95 to visit my then-girlfriend.

I’m from Connecticut, but I'm also a Baltimore Orioles fan. From afar I've incessantly suffered through years of growing up watching the O’s painfully lose. I still don’t know how I became an O’s fan. I grew up in the dead center of Connecticut, which is a well-known mid-battle point for crazy Yankees and Red Sox diehards. I was always outnumbered and ostracized. I think I latched onto the Orioles because I had a weird fascination with birds as a child and liked the colors of the team. But something kept my loyalty going.

I also entered a period in college where I couldn’t stop reading Mencken. His intimidating writing style made me feel so dumb and I liked him because I realized that everything was full of shit after reading just one sentence. I wanted to see the three-story brick rowhouse where the man wrote and lived for almost 45 years of his life—the home that he said served as his refuge from the world. I highly recommend literary road trips, especially if you’re in the middle of an existential dilemma.

After a period of living in Washington, D.C., I moved to New Britain, CT, formerly a factory city that’s now a shell of its former self—much like Baltimore. I mean that in the best possible way and not to piss off native readers. This city has always been interesting and vaguely familiar to me, though I’ve never seen The Wire or been to a game at Camden Yards (yet). I liked seeing the dirty smoke stacks poking out of the harbor’s skyline as you shoot out of the Fort McHenry Tunnel on 95, the rushing fear that you’re about to get jumped walking down the street, and felt Baltimore was the last true East Coast city you hit before America gives away to the south.

One afternoon I drove right into the city—my first official visit—and went to check out Mencken’s crib. After turning down a one-way street and almost smashing another car head-on, I successfully parked, my girlfriend in the passenger seat, having no real clue where I’d brought her. Directions told us that Hollins St. was not too far, in the Union Square neighborhood. It was cold out. I wondered what side of MLK Blvd. we were on, as one person had told me that day to not be west of it, as that’s where the bad parts of the city supposedly turned into the worst. I had no worries though. It was daytime and my car was parked in a metered parking garage. If anything happened, I’d just run.

Sure, Baltimore was experiencing hard times. It was a big city that seemed like there were no people in it. But most of Connecticut’s cities are like that too. I figured this would be no big deal, except for when a stranger—a white woman—came up to us.

“What are you doing?” she shouted, some sort of rake beside her. She appeared to be cleaning up a public park in her free time. “Ah, just walking down this way,” I said, kicking my pace up a notch. I couldn’t tell if this woman was homeless or not.

“You two shouldn’t be walking here,” she said, lowering her sunglasses right up in our faces now.

I told her we came to see the Mencken house. Turns out it was closed, but the woman lived right next door, and invited us inside her place, shielding us from the cold. You would’ve thought we were being huddled into a bomb shelter. I thought to myself that walking around in the hood was equally as crazy as entering the home of some bat-shit, bored, well-to-do white woman. Nobody was home. But here we were. She caught us at a vulnerable moment.

Her house had low hanging chandeliers and gold lamé hanging from its ceiling. It did not feel like Baltimore in here, I thought. I forgot what the woman did exactly. She seemed retired with lots of time on her hands, while her husband was somewhere far away on business. But she was talkative, showing us her antique furniture and ornate, narrow backyard.

I never got to go inside Mencken’s house, contrary to its posted hours that said it was open. Inside it looked empty, something Mencken feared would happen after he was gone. I guess it officially closed some years ago due to money problems with the City Life Museums. The neighbor said this happened often, but the tour she gave in place of her home was fun too.

Soon she led us back outside and into her fire engine red pick-up truck, where we bobbled down the street towards downtown. We just kind of went with it, wondering if this was technically considered kidnapping. Great, I thought. Of all the ways you could go out in a city like Baltimore, being bagged in some random alley, or jacked by somebody with a crowbar, we were going to be had by a house mom. She zipped around the city, authoritatively pointing her fingers at various landmarks—the Enoch Pratt Library was great, a place were a young Mencken would go to read about the world. Then her role as tour guide ended by pointing out a Thai restaurant on N. Charles St. she said was very good. I said we were hungry.

Then she dropped us off, leaving us alone in the night to explore the city.