Savannah in January and a Jason Molina tribute show. 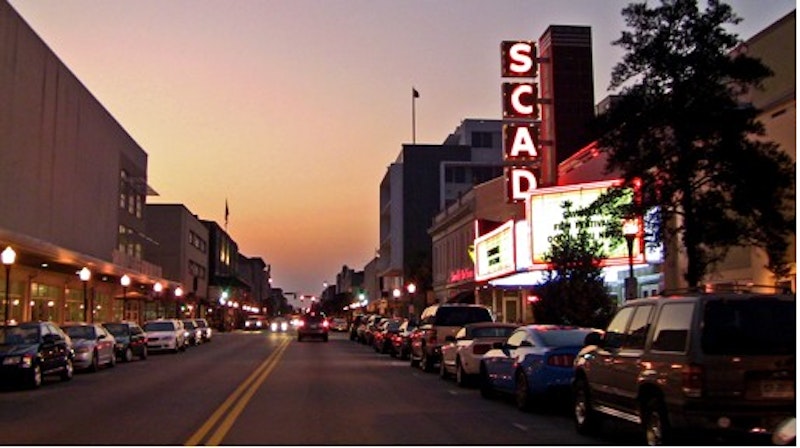 It was 19 degrees in Savannah when my girlfriend and I woke up Jan. 7th and packed our bags, ready to leave for Durham and meet up with friends after a late breakfast. Nineteen is not the lowest temperature ever recorded in Savannah—that would be three—and for someone from the Appalachian Mountains of western Maryland it felt downright seasonable. Still, the fountains in Forsyth Park froze and there's something sort of apocalyptic about walking under a row of magnificent oaks graced with Spanish moss when there's frost on the ground and you're bundled up in a coat and scarf—all the more so when you check the weather and realize it'll be 70 in a few days.

At the very least, it kept us from drinking in the streets. Savannah, as you may or may not know, has some very lax laws concerning drinking in public; more than one of the bars we went to had a plastic cup dispenser conveniently affixed next to the exit, perfect for the drunk on the go—which no doubt includes any of the several thousand of-age students from the Savannah College of Art and Design. The SCAD campus cuts across downtown and though students had just returned for another semester I guess they ease in slow, or maybe we just weren't out late enough. On Monday night, the bartender at the Rogue Water Tap House assured us that things get "really crazy" around two a.m., so I guess we shouldn't have started drinking in the early afternoon.

If you take President St. out past the golf course, and make your way south through outskirt neighborhoods of charming bungalows, as we did on Monday morning, you'll find yourself at Bonaventure Cemetery, overlooking the Wilmington River. Bonaventure was made famous by John Berendt's 1994 "non-fiction novel" Midnight in the Garden of Good and Evil—a stylized account of the 1981 murder of Danny Hansford, a young street hustler, and the four subsequent murder trials. It was later adapted into a not-so-watchable movie starring John Cusack and Kevin Spacey. The famous statue on the book's cover was—sometime in the past 20 years—donated to Savannah's Telfair Museum of Art to keep anyone from fucking with it, but there're plenty of other macabre distractions around. Conrad Aiken is buried there; Johnny Mercer too.

150 years ago, Gen. Sherman famously gifted Savannah to President Lincoln near the end of the Civil War—"150 guns and plenty of ammunition and also about 25,000 bales of cotton." And while Sherman's troops had burned towns from Atlanta to the Atlantic, Savannah was left unravaged. Today it may be the most beautiful city in the country. Jones St., with its lavish courtyard gardens, was once voted "America's Prettiest Street" by Southern Living, though admittedly they may be biased.

The whole Research Triangle of North Carolina, anchored by Raleigh, Durham and Chapel Hill, where we drove Tuesday afternoon is decidedly less beautiful—a sprawling, post-50s boom of colleges and high-tech companies. It is, in many parts, strip mall without end. Though of course it has its charms. Cocoa Cinnamon near downtown Durham serves probably the best coffee I've ever had. Whiskey is a dimly-lit bar that stocks, well, mostly whiskey—everything from Jim Beam to rare Scotch.

Wednesday night we went to a show at The Pinhook, a total dive with an amazing bathroom door sign—"Gender Neutral (Milk Hotel)." It was a tribute show for the late Jason Molina, the former frontman of Songs: Ohia and The Magnolia Electric Co., who died last March after years of debilitating alcoholism. He was 39. I was set to see Molina in Baltimore back in 2009, after the release of his collaborative album with Will Johnson, but when Molina's health took a turn that tour was canceled and as far as I know he never played another show.

At The Pinhook, his band was assembled, with Mike Taylor (Hiss Golden Messenger) taking over on vocals, and while it was a loving tribute—one of just four shows between Durham and Chicago—Taylor is just too soulful to pay proper homage; he has none of Molina's plaintive earnestness. We left a few songs early, knowing there was still a five-hour drive ahead of us. After stopping for gas and coffee, I cranked up the last Songs: Ohia album and lit a cigarette; I-85 through Oxford and Henderson to the VA state line with the moon above us—"I will be gone, but not forever..."