No Joy Teaching English In Japan

How I discovered some tricks to make it bearable. 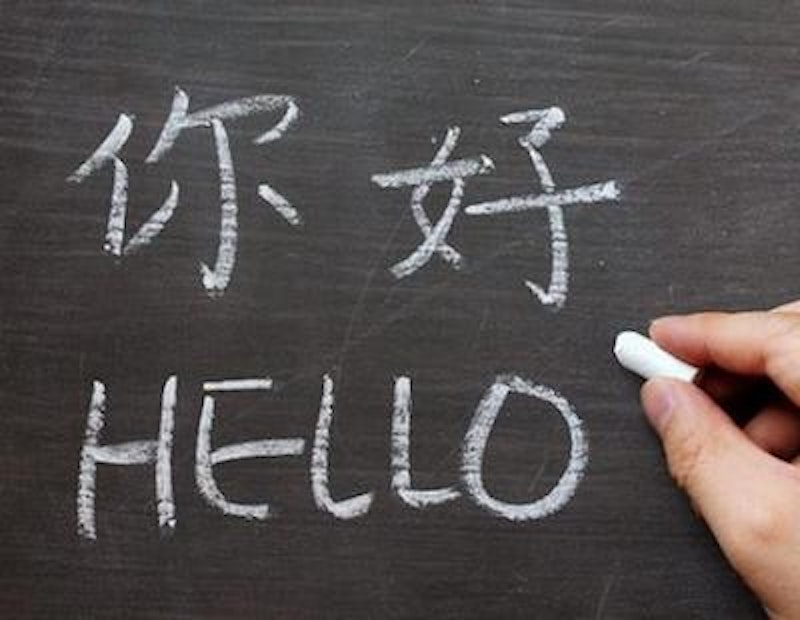 I took a few college Japanese classes but never got very far with the language. Eventually, I decided I'd like to learn how to speak it, so I moved to Japan. To survive until I could find something better, I taught English right after arriving in Tokyo. The only job requirement was a college degree. A friend of mine was working at Berlitz, so I applied there. They put me into a training program which, as I recall, lasted a week or so. The instructor introduced me to the rigid instructional format used in Berlitz classrooms involving four types of questions.

Theoretically, you're trapped in that small room for 45 minutes repeating those four standard questions, which is a surefire route to the nuthouse. I looked for any opportunity to veer off the format, which only existed when the student already had a decent grasp of English. A good number in this group have no real interest in answering four questions in a repeated loop, so I'd steer the lesson into “free conversation.” If, on the other hand, you had a sleep-deprived salaryman with little English sitting across the table from you, you were stuck in a warp where time slows way down. Forty-five minutes becomes 90 minutes in your mind. That's a lot of tedium.

When you arrive at the school each day, the first thing you do is look at your “lineup card,” which lists your lessons. The worst-case scenario is six lessons of the above type; you build up a mutual resentment. The ideal evening is to see “CTL” written on each six of your lesson lines. This means that the student “cancelled too late” for the school to reschedule another student, so the teacher will be paid for doing nothing. To run the table like this was too much to hope for, but just seeing two CTLs was a real thrill. Four’s like finding a $50 bill on the sidewalk. I was not a “Teaching English As A Second Language” college major whose life's mission was to improve language skills, after all.

The second-best scenario to a CTL was getting a student to agree to conduct the “lesson” in a local “izakaya,” which is a casual drinking establishment. This isn't exactly kosher. It's an art that comes with experience, requiring some degree of finesse. But as long as I kept the student happy, I wouldn't suffer any blowback from the school. Many of the students were forced by their companies to take the lessons, so a bar setting was a major improvement. The trick was to discern which of them would be open to the bar idea, and then leading them out the back door after they'd agreed to it.

The second teaching gig I lined up in Tokyo was at all of the middle schools in the Kita Ward of Tokyo. I'd go to two or three per week. The Japanese English teacher would sit in the classroom while I stood at the blackboard. Having no Berlitz format to fall back on, I had to wing it, with mixed results. In my very first of these lessons, I was unprepared and failed miserably. The 14-year-olds were shy and unwilling to say anything and I stood there twisting in the wind. That's the only time in my life that I can remember falling into a flop sweat. I’d no idea what I was doing and was exposed.

That was a mortifying experience that I’d eventually learn to plow through as if a 45-minute class with 35 students saying almost nothing was normal. You can't make people talk, and this was a conversation lesson. The job paid $50 per class, much more than Berlitz, so I persevered.

The thought of teaching English as a second language ever again fills me with despair. The only job as tedious was working construction at 19, when my duties, for eight hours a day, consisted of a single task—lowering a pail attached to a rope down into a 50-foot hole that would soon be filled with concrete, filling it with water, and then pulling it up and emptying it. I had to play serious tricks in my mind to survive that summer.

I did make some good friends at Berlitz. My favorite people to teach were the execs from Kirin Beer’s sales department, a lively bunch with fluent English who loved to laugh. Several years later, when I was living in New York, one of them transferred there to a big job. Sometimes he'd take me out on the town, in royal fashion. We'd eat fugu and other Japanese delicacies at a fancy place in Manhattan and then hit a series of upstairs bars with no signage where you had to ring a bell to get in. When the evening ended, around two a.m., we'd go downstairs and a town car would be waiting to whisk me home. The evening would’ve cost thousands on my own. I took it as belated payback for all the excruciating hours I spent trapped in small rooms with salarymen who were much less interesting than my hilarious friend from Kirin, Ishikawa-san.