Trends and themes in the complex and organized grid of the streets of New York City. 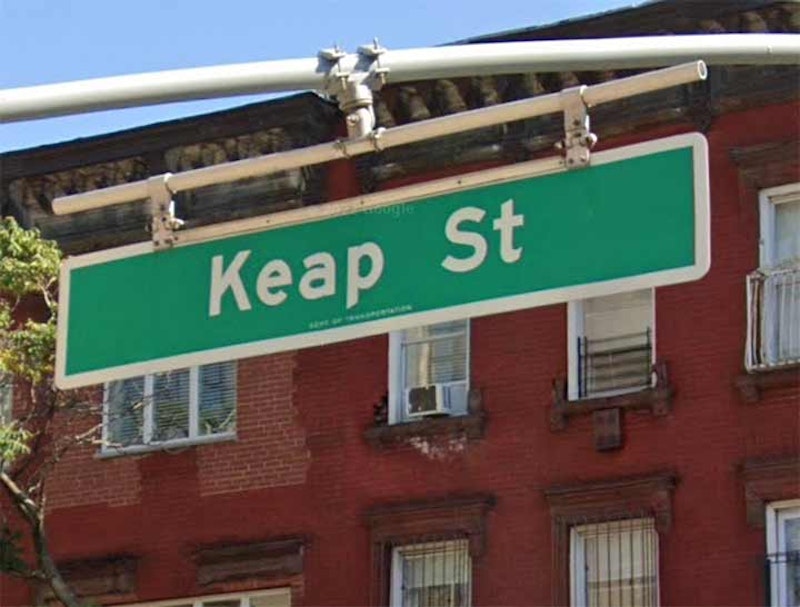 Queens makes do with a complicated numbered system consisting of Avenues, Places, Roads, Drives, Courts and Lanes, with the numbers going up as you proceed east from the East River and also south from the East River, which curves around north of Long Island. The Bronx numbering system is simply an extension of Manhattan’s grid, as if the Harlem River wasn’t there, and thus the lowest numbered street is E. 132nd. Even Staten Island gets into the act, with a minimalist street numbering from 1 to 10 in New Dorp.

Regarding the named streets, the majority of them are borne by property owners on whose land the streets were built a century or two ago. However, street name themes crop up. Much of what used to be called the Lower West Side, now part of Tribeca, contained streets such as Vestry that have to do with Trinity Church: either what you’d find there, or the names of long-dead churchmen, prelates or caretakers. 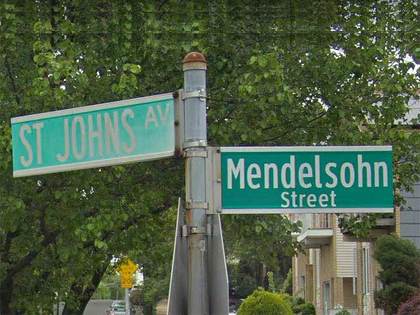 Though they show up on maps as early as the 1940s, it wasn’t until the last couple of decades that a group of streets off St. Johns Ave. west of Tompkins Ave. in Rosebank named for classical composers were developed. Along Arthur Kill Rd. west of Abingdon Ave. in northern Great Kills are two tiny lanes named Abbey Road and Lennon Court. Built in the 1980s, they’re the only two Beatles-related street names in New York City, at least to date. 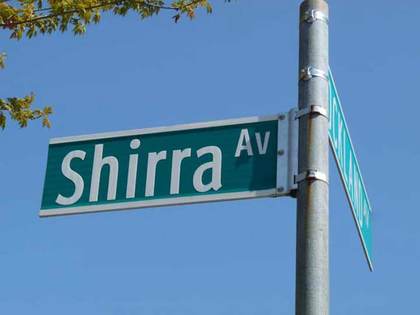 Heartland Village also has an Alaskan theme, for example, with Alaska Pl. and Yukon, Nome, Platinum (which is mined in Alaska) and Klondike Aves. The mapmakers probably considered this area so remote that it might as well be in Alaska. There’s also a college theme, with Purdue, Vassar, Rockne, Villanova, and Marymount (spelled Merrymount here). Add to that a New England theme: Bowdoin, Copley, Bangor. I like this—it beats the usual Mulberry, Spruce, and plant names. 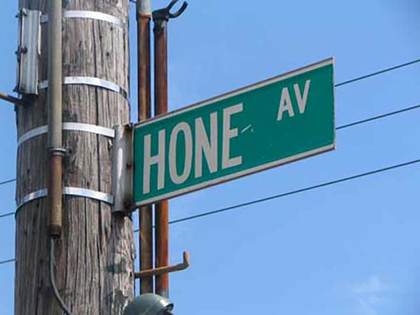 In the northeast Bronx the north-south thoroughfares are named for colonial-era and 19th-century mayors of New York City and New York State governors. Notable was Philip Hone (1780-1851) who served at City Hall from 1826-1827. After leaving office he kept one of the most detailed journals in literary history from 1828 until his death.

Hone’s diary records not only his society engagements and major events and spectacles in the city, but also his view of a changing city such as his disapproval of Jacksonian Democracy, the disconcerting effects of the city’s constant construction (which continues today), and his disgust with most Irish immigrants. 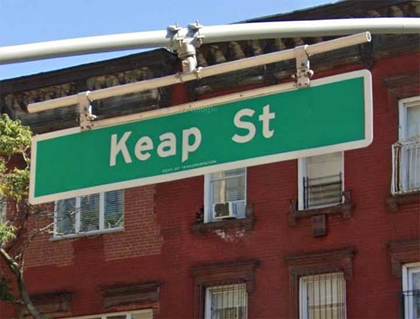 Some are missing: Rush St. (Benjamin Rush of Pennsylvania) was lost to urban renewal in the 1970s. Gwinnett St. (Button Gwinnett of Georgia) was absorbed by Lorimer St. in the 1800s; and then there’s McKean St., named for Thomas McKean of Pennsylvania. There never was a McKean St. It’s named Keap St.; a long-ago administrator or mapmaker mistook a handwritten transcription as being “Thomas M. Keap,” and not being a student of history, misnamed the street, which has never been renamed. 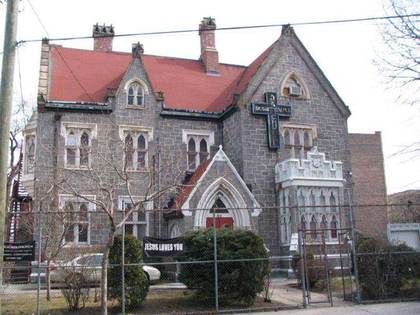 Most of the grand Hunts Point, Bronx, estates disappeared in the early-20th century. Peter Hoe’s magnificent Sunnyslope on Faile St. and Lafayette Ave., a Gothic Revival built in 1860, is still standing. The Hoe family business was printing; Peter’s brother, Colonel Richard Hoe, invented the rotary printing press. The Hoe family was revered enough that in 1897, a series of streets in Longwood cut through Richard Hoe’s estate, Brightside, was named for them: Hoe Ave., Aldus and Guttenberg Sts. The most famous name, Guttenberg, was renamed E. 165th; Aldus St. is named for 16th-century Venetian printer Aldus Manutius. Aldus, an early name in computer printing software, sold its Pagemaker program to Adobe, Inc. in the 1990s.

Sunnyslope was built on land belonging to William Gilbert. Its asymmetrical graystone construction is said to be derivative of some of the houses and cottages Calvert Vaux, co-architect of Central and Prospect Park, was producing at the time it was built. It became a synagogue in 1919 and most recently has been the home of African Methodist Episcopal Bright Temple.