The Pro-Ukraine Media Conspiracy, and Iowa 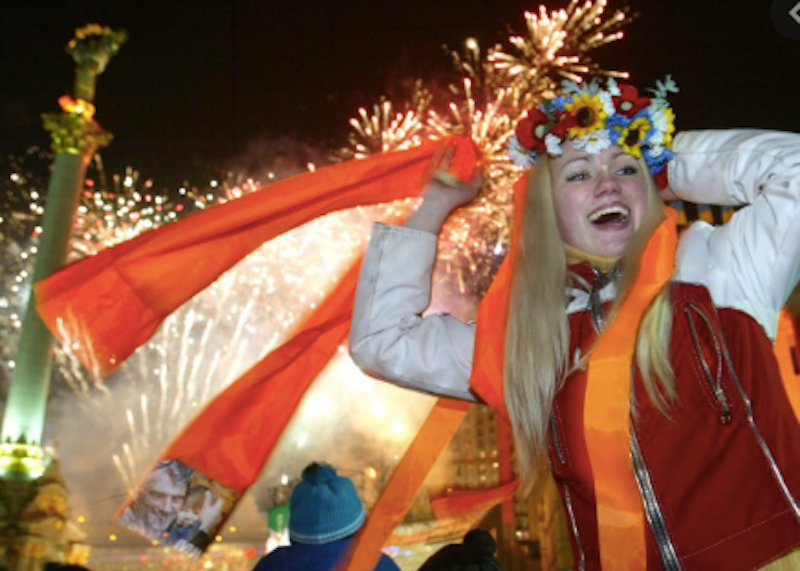 A reader, presumably in an attempt to “get my goat,” sends me this pro-Ukrainian essay from The American Interest—by a Russian writer, no less, a certain Peter Pomerantsev.

Something, and I’m not sure what, is happening as regards Ukraine. No one in the West had ever paid any attention to it for years. The exceptions were “sex tourist” pervert Bavarians looking for countries in which fathers were proud to sell—for a handful of good, hard deutschemarks—their underage daughters (and indeed their underage sons); and members of Islamist terrorist bands eager to get their hands on Soviet weaponry, which the Little Russians, with that snickering peasant craft native to them, were even more eager to sell than they were their offspring.

Then, out of the blue, the 2004 Orange Revolution brought that fraudulent non-country to the world’s attention—and in fact made it a “darling” of the liberal West. The 2014 “Maidan Revolution” reaffirmed Ukraine as a favorite of the globalists and neo-liberals. (Never mind that that revolution overthrew a legally elected reformist president and installed a genocidal Nazi junta at the apex of power in Kiev.)

And since last summer, Ukraine has been everywhere in the American consciousness, and all the time—inevitably portrayed as a country of rare virtue, pluckily standing up against the Russian Goliath. An American populace that had never heard of the country 20 years ago has by now been saturated in messaging that testifies to not only Ukraine’s validity as a country, not only to its importance as a U.S. ally, but to its thorough goodness.

This is quite a propaganda achievement. So much of one, in fact, that I wonder who’s behind it. My guess is that it’s not the Little Russians themselves. The work is too well-done for them to have pulled it off alone. No, a globalist media/propaganda coup of this level of penetration, maintained at an extraordinary level of effectiveness for the better part of two decades, can have but one well-motivated, tightly-knit, supremely competent, widely dispersed, well-connected ethnic clique behind it.

I’ll be writing more about this compelling issue as I meditate upon it more. A curious, curious thing, this Ukraine thing. A very rum thing.

The Iowa caucus disaster reminds me that, the Little Russian irritation aside, I’m privileged to live in an era of prodigies. Every week for almost half a decade now, and definitely since the June, 2016 Brexit vote, I’ve made a mental list of new incidents and phenomena that testify to the impending death of liberalism. Then the next week comes, bringing even more such incidents and phenomena, so that I forget those that I’d collected previously.

Call it an embarrassment of riches for the aging Hoosier reactionary who has long dreamed of purifying by fire the sickly fields of both Democratic left-wing and Republican right-wing liberalism—and of then poisoning the soil to prevent the resurgence of putrid sprouts. I’m like an overly lucky goldminer, squatting in a stream that washes into his pan a daily refreshment of delightful nuggets. But since each day’s haul is succeeded by the subsequent day’s, I find it’s impossible to keep track of what I’ve got. Only the mind of God Himself could account for this surfeit.

This isn’t a bad thing, exactly. But it is remarkable, and bewildering—and of course there’s something morally and intellectually compromising about excess.

Anyway, back to Iowa. Last week I collected several Data Points indicating liberalism’s decadence. Then the caucus catastrophe occurred, its flood overwhelming, and washing from my consciousness, those previous points that I’d been so proud to amass. By next week, our establishment will have jerked through several more disease-spasms and I’ll have trouble remembering that Iowa ever happened.

I’ve seen the opinion that our establishment is “committing hari-kiri”—but that form of ritual self-slaughter implies a samurai dignity. There’s nothing dignified about the ongoing suicide in which our weak, syphilitic ruling class is engaged. The samurai bent on self-extinction was revered for his heroism, his white-robed disemboweled and partially decapitated corpse treated with ceremony. When our establishment finally gives up its ghost, its corpse will be thrown in the nearest ditch, to rot.

To be sure, as an act of hygiene, some passing soul may douse it in gasoline and set it ablaze, so that its infections die with it, but that’s about as much ceremony as it will get. A column of greasy smoke, stimulating coughing fits in otherwise unconcerned passerby, will be its only epitaph.

GLORY TO THE NEW MARTYRS AND CONFESSORS OF HOLY RUSSIA