My Permanent Resident Card Is Renewed 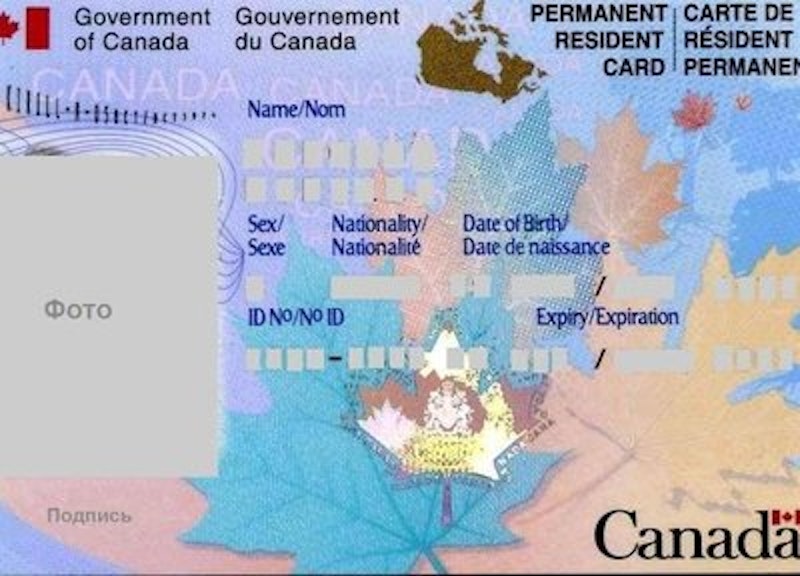 Fraser looked at Graham. Graham looked at Fraser. Patel, who was there to represent the New Canada, crossed and re-crossed his ankles. “He sent it in when?” asked Fraser. Patel answered. “February 2015,” he said, a finger on his keyboard. “The ninth,” he added, inclining his head a little closer to his screen. He leaned back. His hands returned to his stomach, where they folded themselves comfortably.

“Ayuh,” said Fraser. Graham said nothing. Beneath his close-cropped hair, behind his colorless eyebrows, he was thinking of Newfie jokes.

“Mais un peu de temps plus. Pourquoi pas?” demanded pert Tremblay from her desk. “But a little time more, why not,” she added.

Graham spoke at last. “See what the manual says,” he remarked. “It’s over there.” But he pointed at nothing and made no move. The corners of his lips suddenly quirked upward. He’d thought of the one about the Newfie and the portable toilet.

“Oh, the manual’s quite clear,” Fraser said. He flexed his eyebrows, as colorless as those of his colleague. “Quite clear,” he said. “Once he sends the paperwork, we eventually… I stress ‘eventually’… in due course, after proper examination of the contents of said paperwork, we… and I must re-emphasize the importance of the extended timeline at this point… we send to him the card that, in short, the card that will…” But he was lost in reverie.

“Mais c’est clair,” exclaimed Tremblay, the firecracker of the group. “Pour sa carte expirée, on fait retour d’une nouvelle.” She added, “But it’s clear. For his expired card, one makes return of a new.”

“Ayuh,” said Fraser. “But first, first he must send us the paperwork.”

“I think so. I think he sent it last…” Once more Patel hiked himself toward his screen and poked his keyboard. “Well, not last February 9, because that would be this year. February 9, 2015.”

“You may have told us that already,” Fraser said. “We shouldn’t cover old ground.”

Graham’s shoulder jerked. He snorted. But his eyes were shut. Drifting off, he’d dreamed about the Newfie whose sister needed a screwdriver.

“That makes for not enough time,” Fraser said sternly. “I’ll brook no precipitous action in this department.”

“All right,” Fraser said. “Now. Anyone got the card?” A general search ensued. The card was found beneath a leg of Patel’s desk. By then it was early November.

“Get that into an envelope,” Fraser said, crisp. “February 2015 to November 2016,” he added to himself. “Not bad, not bad. But perhaps we can do better. There remains the email.” Bending to his keyboard, he gave himself up to composition. In a white heat of creativity, he finished the message by late in the month.

“‘Our records show that you may be a permanent resident (PR) of Canada,’” he read aloud to the group.

Impetuous, Tremblay burst in. “Parce-qu’il a envoyé sa demande pour nouvelle carte,” she said. “Ah, mais c’est drôle.” She added, “Because he sent us his demand for a new card. Oh, but that’s—

“Yes,” said Fraser, who wanted to continue. “‘This email is a reminder that you must present your valid Permanent Resident Card (PR Card) or permanent resident travel document (PRTD) when boarding a flight to Canada.’”

“Because he never flies,” said Patel. “He takes the bus. And he wants a new card because right now he has to show Immigration the photocopy of his renewal application.”

“Yes, yes,” Fraser said. “If I might.” And he continued reading: “‘Canadian permanent residents who do not present a valid PR card or PRTD may be denied boarding their flight to Canada for not having the appropriate travel documents.” Deepening his voice, he added, “It is your responsibility to ensure that your PR card is still valid when you return from travel outside of Canada. The expiry date is printed on the card. If your PR card is expired or will expire within six months, you should apply now to renew your card.’”

He repeated, “‘Should apply now to renew your card.’ That’s the message we send him… with his new card.” Tilting his head back, he laughed. It was the laughter of the Canadian federal apparatus, but it poured from the throat of one man.

Graham jerked awake. “One to cut a hole in the ice, and three to push the boat through,” he said.