My Three Favorite Non-Fiction Books of 2016 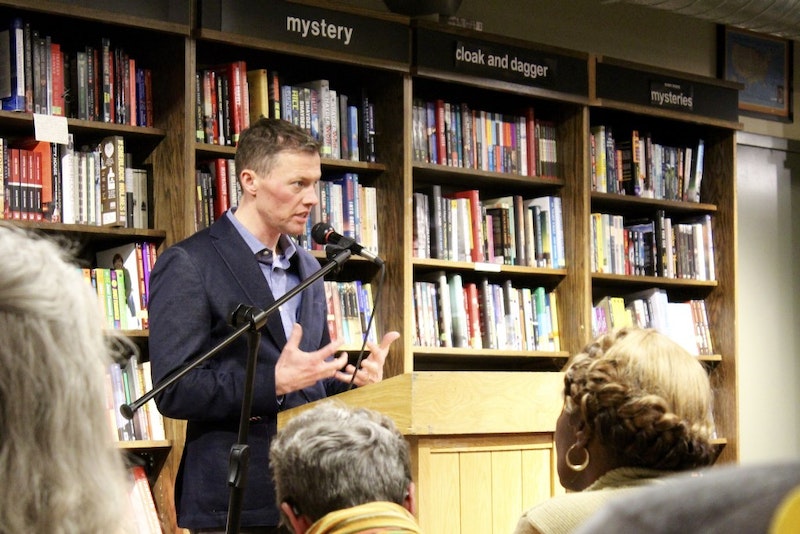 One of my jobs in 2016 required reading and summarizing non-fiction best-sellers. Some, like Paul Kalanithi's over-praised When Breath Becomes Air were mediocre. Some, like Thomas Friedman's Thank You for Being Late, were actively awful. But there were also some gems. Here are my favorites from a year of semi-enforced reading.

3. Christopher Achen and L.M. Bartels. Democracy for Realists: Why Elections Do Not Produce Responsive Governments (Princeton University Press). Donald Trump's election strongly indicates that democracy doesn't always work so well; Achen and Bartels' Democracy for Realists, released well before November 8, explains why. Using political science research, the authors show that the electorate is largely ignorant of policy, and barely able to assess their own economic well-being. Americans vote not on party platforms, or even on the basis of enlightened self-interest, but on a vague sense of whether they think things are going well (which can be influenced by the weather as much as anything) and whether they identify with the candidate. The book is a brilliant route of the "folk theory" that democracy is somehow connected to the will of the people, or that "the people" will always, or even often, choose their government wisely.

2. Jack Hamilton, Just Around Midnight: Rock and Roll and the Racial Imagination (Harvard University Press). According to the myth of rock, a first generation of black musicians codified raw, earthy roots music into rock ‘n’ roll, which was picked up by eclectic white geniuses who made it into popular sophisticated art. Hamilton's book is a corrective. He argues that black and white musicians influenced each other throughout rock's development, but that white musicians with black influences were celebrated, while black musicians with white influences were seen as sell-outs, or simply erased. As an example, Hamilton contrasts Bob Dylan's much-celebrated debt to black music with the uncertain reception of Sam Cooke's use of white pop. He also highlights the long, fruitful exchange between Motown and the Beatles, which went well beyond the Beatles’ early sides to the bass-playing on Rubber Soul and numerous Beatles covers by Motown artists. It would’ve been nice if Hamilton had branched out to consider lesser-known artists, but still, he provides a wonderful reconsideration of the 1960s canon.

1. Matthew Desmond, Evicted (Crown). Evicted is a sociological study of families and individuals struggling to retain housing in Milwaukee. Desmond's approach is studiously un-personal. He alternates between third person descriptions of the families kicked out of trailer parks, going to housing court, or dealing with deteriorating plumbing, and broader discussions, with numerous statistics, of the massive role that precarious housing plays in ongoing poverty. His account isn't dry, though; instead it's a quietly brutal look at life on the border of homelessness—and an impassioned, and convincing plea to put housing policy at the center of the safety net.

Poverty, Desmond shows, doesn't cause homelessness; rather, homelessness causes poverty. Those without a stable living situation can't get to work consistently and lose their jobs; they face terrible stress and succumb to depression, drug addiction, and other mental and physical illnesses. Housing assistance for all low-income people would be relatively cheap, and have a massive impact on poverty and (not coincidentally) on segregation. Desmond's book is sympathetic, smart, respectful, and offers a concrete path to improving people's lives—if policymakers are willing to read it.

Some other books I considered for the list were Sady Doyle's Trainwreck, about the glee with which people celebrate the difficulties of successful women, and Martin Lund's Re-Constructing the Man of Steel, which argues that Superman wasn't really all that Jewish.