I learned how to hang out at the laundromat. 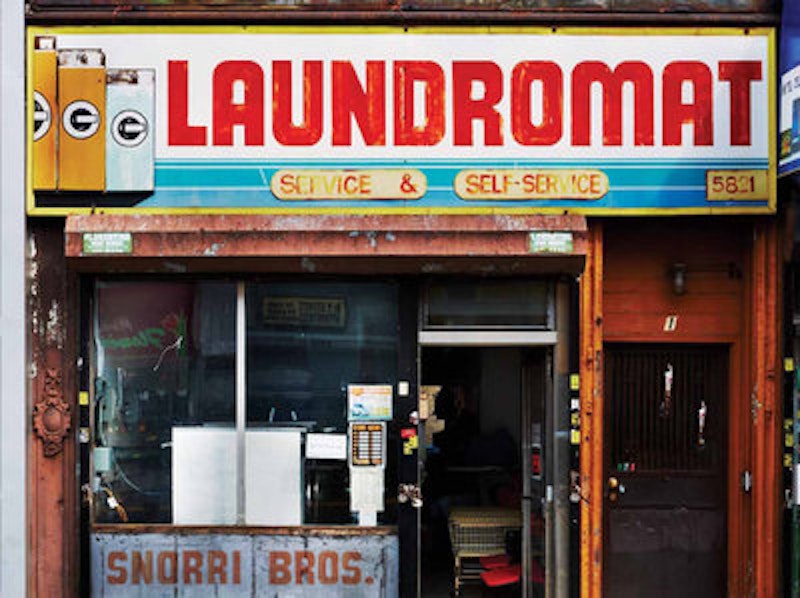 I haven’t gone to a laundromat in years. But after a nine-day road trip, and because I’m a light packer, I couldn’t avoid the laundromat experience. The first leg of the trip, we stayed in a small, idyllic country cottage. It was perfect despite not having a washer and dryer, and I was out of clean clothes. We found the only laundromat in town at the end of an unmarked lane. Like most of the laundromats I used to frequent, the coin exchange was out of order. Luckily, the man with a “Born to Lose” tattoo on his arm was stocked with a jar of quarters, kind enough to stop his needlepoint in exchange for my dollar bills. While I read the newspaper a few questionable characters came in. I was reminded that eighteen minutes seems like eternity in a laundromat.

I spent the next several days camping and hiking near a mountain lake. After all the physical activity, I was left with one pair of clean underwear and loads of soiled clothes, beach towels and a muddy tarp. After packing up camp, we started heading south to stay with friends. I didn’t want to show up looking like a filthy vagrant hauling garbage bags of smelly laundry over my shoulder, so we made a second visit to a laundromat.

This laundromat was in a shopping center and similar to the first one; tiny, drab and gray. I had quarters this time but had to fight for the last two available dryers. It was crowded and loud. There were women who, for one reason or another, showed up with their entire families. One woman decided to tell me her story. She had a “no good” husband who ran away with her sister, leaving her with 3 children and 2 nephews. The saddest part, in her mind, was that the week he left, he’d promised to buy her a washer and dryer.

I used to think there was nothing more aggravating than the laundromat experience. The equipment was always in half operational mode, they seemed like havens for germs and were unnervingly damp. Somehow, though, I learned how to hang out at the laundromat instead of just enduring it.