My Life as a Failed Witch

Religions are great at selling narratives to the masses, and Wicca’s no exception. 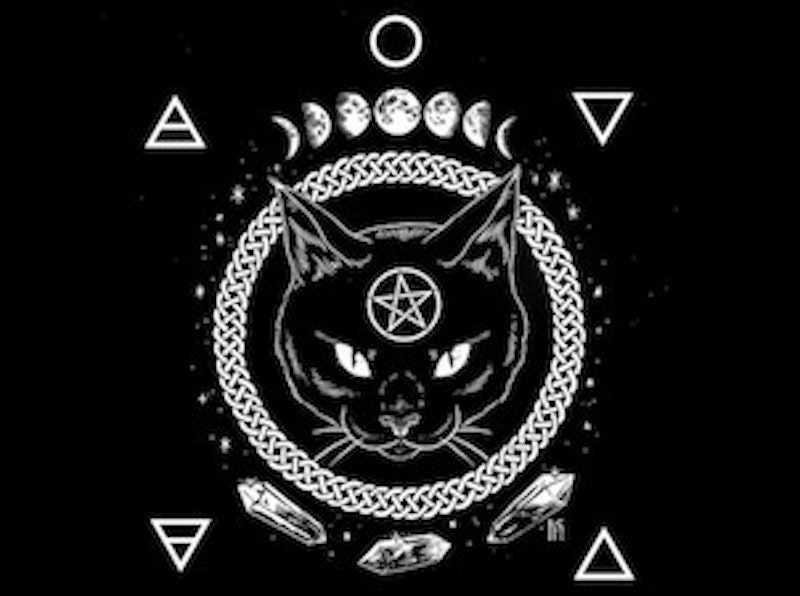 I was a stereotypical goth teenager. In high school I’d sit in class dressed in the finest black clothing from Hot Topic, fiddling with the chain and padlock around my neck, and drawing pictures of devils and skulls instead of paying attention to the teacher. My CD pouch was filled with the heaviest and gloomiest of bands: Marilyn Manson, Nine Inch Nails, Smashing Pumpkins, The Cure, Coal Chamber, and Slipknot, among others. This was just a few months after Columbine when everyone was paranoid about who’d pick up a rifle next, and I took the opportunity to play up that image as much as possible.

At first I rejected religion, but then realized I could spook out the other kids in school by practicing the occult. Satanism was too extreme—this was before learning Satanism is just secular humanism with devil horns—so I chose Wicca, the fluffiest form of occultism available. The core beliefs seemed reasonable enough to my underdeveloped teenage mind: both a goddess and god rule over all, magick is everywhere, and the only rule is “Don’t hurt anyone.” I bought a pentagram necklace from Spencer’s and Silver Ravenwolf’s Teen Witch: Wicca for a New Generation to get spooky.

Religions are great at selling narratives to the masses, and Wicca’s no exception. It markets itself as the ways of the wise women of yore. Wiccans also claim Salem was the Holocaust for their people. The truth is Wicca is an early-20th century religion that combines ancient pagan practices with New Age woo, and all of the Salem witch trials’ victims were actually God-fearing women whose only crime was pissing off the wrong Puritans. Wicca is particularly marketable to teenagers who are sick of Christianity, aren’t yet ready to admit that gods don’t exist, and want to creep out their parents.

Despite what horror movies and Baptist preachers say, witchcraft mostly means buying lots of candles and incense. Each spell and ritual requires a certain colored candle and a particular kind of incense, and must be performed during a specific moon phase or else the god and goddess won’t do their magick. A typical ritual has an altar with a lit candle, a burning incense stick, and a book of spells. The witch draws an invisible circle around the altar, speaks magic words to the moon, and ends by eating a small cake and drinking juice. Clothing is optional.

Wiccan theology is so open that witches make God in their own images. There’s no sacred scripture that promise practitioners undying divine grace, and so for a kid struggling with depression, that meant the Wiccan gods hated me as I did. Every book I read about Wicca reiterated that everything witches do, good and bad, would come back to them threefold. If I told a classmate to go fuck his mom, the goddess and god were going to kick my ass three times.

Ravenwolf didn’t make things easier. Half of Teen Witch is her telling readers not to drive under the influence, lie, cheat, steal, murder, and think bad thoughts. Maybe she overly anticipated kids getting into Wicca just to cast evil spells on classmates, but it came off as preachy as a church youth group. Ravenwolf was also inconsistent with her backstory; Teen Witch begins with a story about her troubled cousin introducing her to witchcraft, but in other books Ravenwolf says she found Wicca on her own. Years later I learned most Neopagans hate Ravenwolf for dumbing down Wicca in order to sell it to angsty goth kids.

By the time Halloween (aka Wiccan Christmas) arrived, I ditched Teen Witch for a Bible because a then-girlfriend sold me a better narrative. According to this narrative, Jesus was the cure to my self-loathing and daddy issues, so I jumped on board. Now as a secular humanist, I can create my own narrative based on evidence and direct observation, and it turns out the natural world has enough awe and wonder on its own without a supernatural force permeating throughout everything.