“MBD,” Toobin, and the “Eastern Grip” 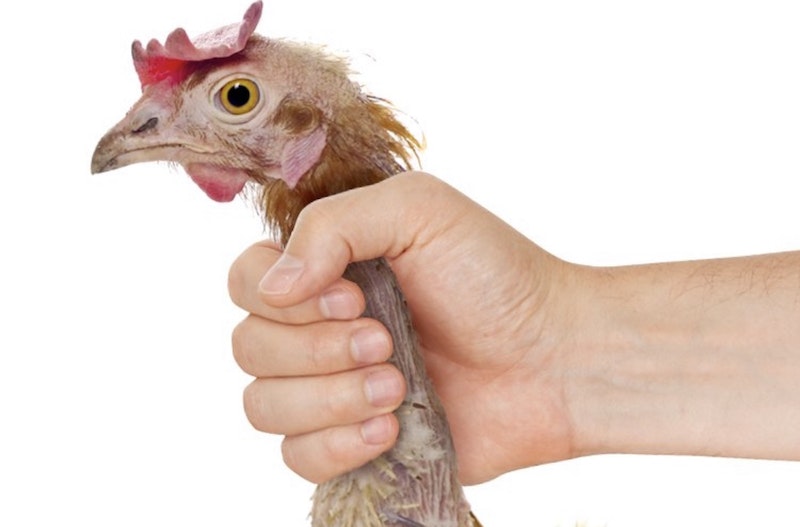 Michael Brendan Dougherty—the magnificent “portly pepperpot” of the paleoconservative punditocracy, holding down his corner of the Great Conversation from his redoubt in the progressive precincts of Pleasantville, or whatever suburban burg it is into the Mrs. Greens of which he wallows after mass of a Sabbath’s morning, covetous of cinnamon bagels—alludes in a recent tweet to his “supposed hostility” to the Ukrainians.

“Supposed”? Have the courage of your convictions, sir. Contempt for Our Holy Mother Russia’s fractious and ungrateful subject nations, the Ukrainians chief among them, is a constitutive element for paleoconservatism, an ideological glue. Every community has its binding rituals. Seething with hatred for the Little Russians—though the Belarusians are no picnic, either—is one of ours.

As a pure-blooded Anglo-Saxon “White Creep,” though, I do love an Irishman who looks down on the Ukrainians. I’d like to see “MBD,” a professional Irishman of a sort, debate a Ukrainian counterpart, someone as dedicated to Ukrainian “culture,” such as it is, as Dougherty is to Irish.

I imagine a grand debate of the old-fashioned heroic variety: Mailer vs. Greer at Town Hall, for example, or Foucault vs. Chomsky in the Netherlands. If I still owned a suit, I’d be happy to moderate the event.

Dougherty and his opponent might tussle over such great questions as the following. Which culture, the Hibernian or the Little Russian, more perfected the architecture and engineering of the raw-earth hovel, more ingeniously planking the walls and ceiling against excessive ingresses of dirt? Which culture’s Escoffiers worked more delicious changes on the cabbage, the soup of nettle, bark, and water, the countryside’s last four potatoes? Is the detonation of London rubbish bins the more noble exercise in political expression—or does the laurel rather go to the disemboweling of NKVD agents (just honest young police officers, after all, doing their jobs!) in Carpathian mountain hollows?

The intellectual event of the season, I’d say. Followed, no doubt, by a round of libations at a nearby “watering hole”—though I’d probably “beg off” from the festivities, having become sensitive of gut in my seventh decade.

The case of Jeffrey Toobin fascinates me, not for the obvious tabloid reasons or for what it says about the contemporary media, but for reasons of technique—technique being, of course, an expression of culture.

Did the legal scholar use the Western “underhand” technique, which places the ball of the thumb atop the shaft, and the knuckles of the four fingers below it? Or did he—-and here is the intellectually tantalizing possibility—use the Eastern technique that scholars believe originated in the Russian Orthodox monastic tradition, and that puts the thumb under the shaft and the four knuckles atop it?

I ask, because one scholarly current has the so-called “Eastern grip” leaking, during the reign of Nikolai I, from the monasteries of the Grodno region into local Ashkenazi communities of the Pale—from which they were, presumably, disseminated into the praxis of European Jewry more generally. This is cultural appropriation at its creative best. If Toobin adhered to Eastern technique, we would have evidence of a profound cultural continuity, linking a journalist in the contemporary U.S. to Russian monasteries at the western edge of the Romanov domains in the aftermath of the Napoleonic invasion.

We see here an expression of “deep culture” that neo-liberal capitalism and “liquid modernity” have not quite managed to efface.

Brother Aidan reminds me that I’m not the first to see the parallels between certain of the non-Russian Slavs and the Hibernians. He refers me to an under-remarked passage in Eliot’s The Idea of a Christian Society in which Eliot discusses the “cultural assonances between the Celts, on the one hand, and the Western Trans-Carpathian and southern steppe-dwelling Lesser Bohunks of the Hapsburg and Tsarist jurisdictions, respectively.”

Fascinating. I wonder whether that passage lodged in my subconscious long after I’d stopped consciously remembering it, and informed my subsequent identification of the Little Russians with the Irish. The mechanisms of intellectual influence are as secretly subterranean as they are powerful.

I recall here Ezra Pound’s comment that education is what remains when we have forgotten everything that we have learned.