A tale of two alleys. 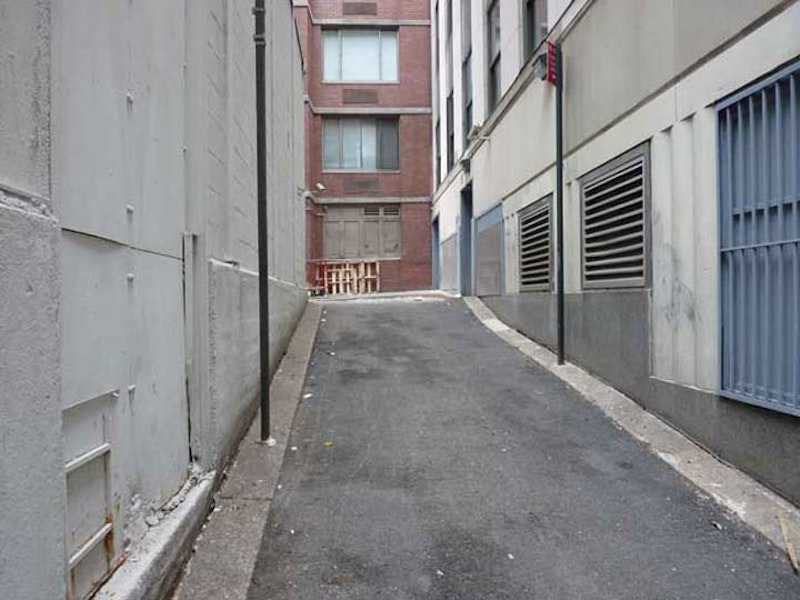 Ever since large superblocks began to dominate the lower Manhattan streetscape in the 1960s, NYC’s wealth of small side streets, which once competed in number with other older East Coast cities like Boston, Philadelphia, Baltimore, or Charleston, has begun to diminish. While those other towns have also systematically eliminated many of their narrow midblock thoroughfares, Manhattan now has only a decided few. Here are two of the survivors. 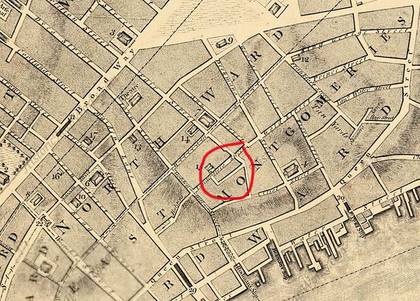 An L-shaped alley between what became Gold and Fulton Streets appears on maps of Lower Manhattan going back as far as 1776. At that early date we can already see streets with the same names as now, such as Broadway, Nassau, William, Beekman, and Water. The basic street pattern is the same as today; even so, Queen Street has become Pearl, and Fair was later extended to the East River and renamed Fulton, for the steamboat popularizer, Robert Fulton. Most of the streets on the northeast section of the map have been taken out by housing projects and the Brooklyn Bridge traffic approaches. As yet, the alley isn’t named on any maps. In about 1790 the alley is labeled “Ryders” or “Riders.” Again, note all the streets on the right side of the map we’ve since lost. 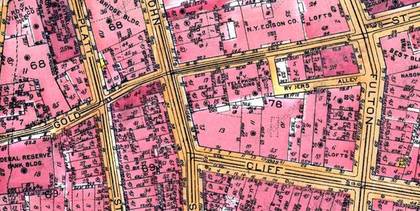 For many years, the street pattern of NYC changed little. After 1924 (above) though, in many cities, not just NYC, many downtown streets were eliminated due to the “towers in a park” method followed by French designer/architect Le Corbusier and devotees such as NYC’s longtime traffic czar Robert Moses, who also destroyed a lot of the street patterns with bridge approaches, parkways, and expressways.

Alleys were also where crime occurred, and nonhuman life forms hung out, as we’ll see. 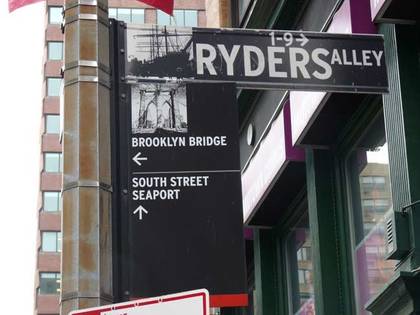 Who was the Ryder for whom the L-shaped lane was named? In The Street Book, Henry Moscow professes not to know, but notes that prior to 1842, Ryder’s Alley was called Eden’s Alley. I’ll return to this presently, but I’ll also note that as you can see on the above example from 1776, Moscow’s information may be incorrect.

Similarly, in Naming New York, Sanna Feirstein also could not find any attribution. 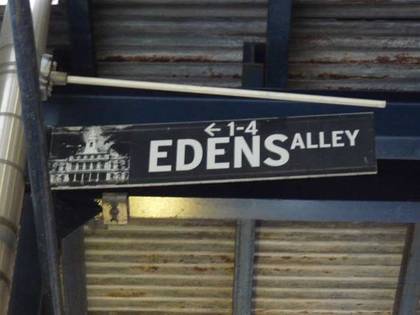 However, since 2001, when the Downtown Alliance installed new street signs in the region, the short jog of the alley that faces on Gold Street has been called Edens. This apparently cites Moscow’s brief mention of Ryder’s formerly being called Eden’s, and the organization decided to split the difference, calling the Gold Street facing “Eden’s” and the Fulton Street facing “Ryder’s.”

So who was Eden? And who was Rider, or Ryder?

The answer can be found in, of all places, James Sullivan’s 2004 study of Manhattan mammalian vermin, Rats. In fact, an entire chapter is devoted to Edens Alley (I’ll do without the apostrophe, as Sullivan does). Sullivan studied rats extensively on the L-shaped alley, since on Fulton Street it borders Chinese and fast food restaurants, which attracted legions of the rodents.

Sullivan’s meticulous research concluded that the alley first appeared around 1740, and he found in records of city proceedings from the late 1600s that a John Rider ordered paving stones for his street. A John Rider was also a prominent British-born barrister living in lower Manhattan at this time. The lane has been known as Rider, Rudder, Ridder, and, at last, Ryder’s. 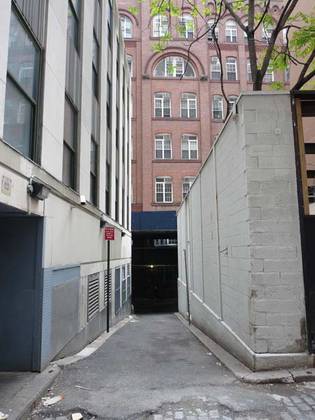 Sullivan found that a prosperous New Yorker named Medcef Eden (he is identified as a brewer in other accounts) lived in Rider Street, or today’s Ryder’s Alley, which likely was a bucolic, tree-lined route in the late 1700s when he was around. In fact, Eden owned most of the property facing the lane, as many as twenty buildings total. Eden was originally from Yorkshire, England, and after coming to NYC he became a close friend and associate of Aaron Burr. He owned a large parcel uptown, called the Eden Farm, which was later owned by John Jacob Astor; in the early 1900s, it was developed as Times Square. As for his unusual first name, I’d have to guess it’s a variant spelling of the commoner Metcalf. 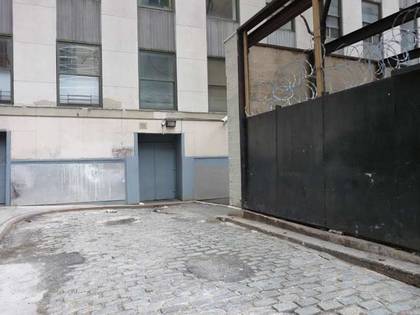 As for the mixup between the L-shaped alley’s name, Sullivan says that until 1833, it was entirely Ryder’s Alley, but the short section facing Gold was renamed for Eden that year, reverting to all Ryder’s in the early 1900s until the Downtown Alliance re-renamed the shorter section Edens Alley in 2001. Got it?