Memories of a young pseud. 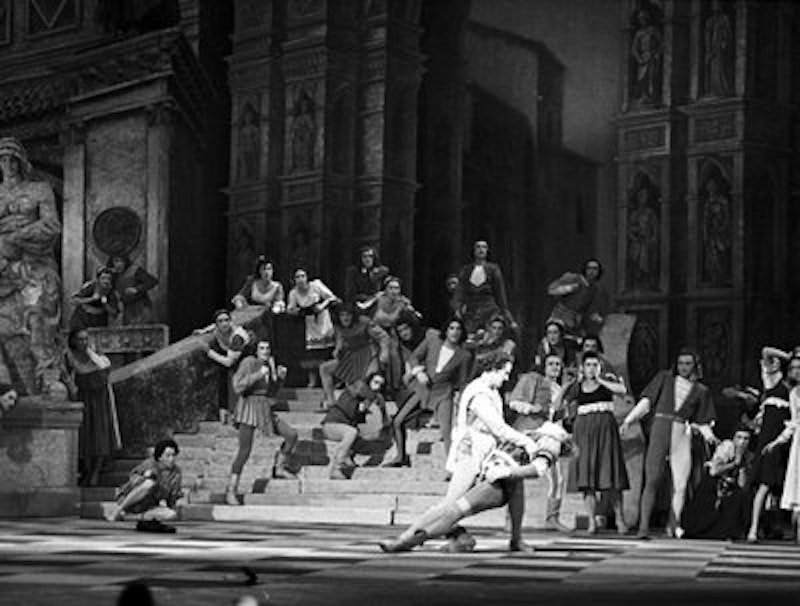 When I was a boy, I lurked in my parents’ bedroom (they were both safely out of the house) and listened to their record collection. As a result I heard a good deal of classical music, and lately I’ve been writing about the love I felt for it. I explained that the young me fell for melting, emotionally strenuous pieces, and I held up a symphony, a chamber work and an opera chorus as prime examples. But I also explained that I especially liked ballet suites. How can this be? Well, the ballet suites were my mainstays, whereas the great melting works counted as special occasions.

To be transported and to feel my cramped emotional life being turned inside out—that was a now-and-then experience. But every day, almost without fail, I liked the rush and excitement and the sense that sounds could break out in any direction. I could listen to Petrushka (Igor Stravinsky) or Romeo and Juliet (Sergei Prokofiev) many times before realizing the pleasure was gone. Of course, that end did come. Eventually I’d read while they played. Eventually, I think, I did homework. The experience became threadbare. But first came a decent run and afterward came sentiment. A favorite never left the list; it’s just that the list became more theoretical and less heartfelt.

Stravinsky’s Petrushka, Pulcinella, Les Noces and L’Histoire du Soldat. Not The Firebird, and don’t ask me why. Its climax should’ve thrilled me. Instead I was reminded of an oversized bird lifting its wings and dropping them, over and over until the orchestra knocked off.

Prokofiev’s Romeo and Juliet, Lt. Kijé and Love of Three Oranges, and his Symphony No. 1 (Classical). The First Symphony shows up here because it was as much fun as a suite and therefore made it onto my version of heavy rotation. (The other symphonies were fine too, as I recall, and his concertos. But that’s all I remember about them.) Alexander Nevsky must not have been in my parents’ collection. I don’t remember listening to Nevsky until I was out of college and already post-classical, post-Beatles, even post–Cole Porter.

Maurice Ravel’s Le Tombeau de Couperin, Pavane for a Dead Infanta and Boléro. All right, none are ballet suites. Couperin’s at least a suite—for solo piano, and then rescored for orchestra—but the others are stray pieces. But all of them are colorful and most of them manage it while being quiet. Boléro doesn’t, but it’s noisy while being subtle (the coloring of the horns at the end, for example). Pavane is like a wispy girl’s watercolors that are really beautiful. Put differently, every now and then a corny movie shows a pretty face biting a lip as sad, gentle music plays. These scenes are the imitation of what it’s like to listen to Pavane.

Finally, there’s Couperin. Imagine the wispy girl was beautiful herself and she had up moods when children and sad men could sit and listen to her. But now I dream and must go to sleep.