The New York Times’ Ross Douthat lets out a moan. 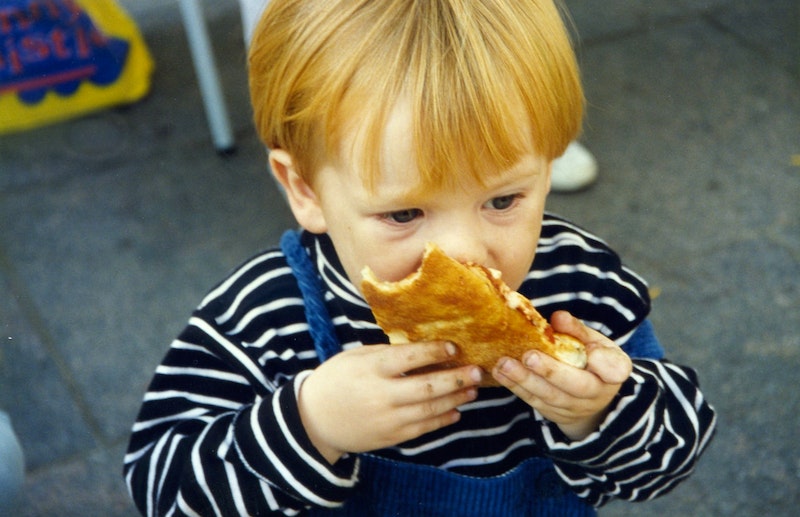 It’s a bit peckish to once again pick on The New York Times’ symbolic septuagenarian Ross Douthat, for he’s not the worst on the daily’s wheezy yet bombastic op-ed pages, but his column last Sunday, “Parental Pity Party” was a corker. The 34-year-old father, reacting to a woe-is-me Slate article about the fear of becoming a mother, writes: “What I didn’t expect is that parenthood would make me such a whiner.” Now, it’s very possible that Douthat was a “whiner” long before raising a family—it’s not, generally, a characteristic someone suddenly develops—and so maybe we’ll see a future essay about the wrenching, constant pain of his stubbed toe.

He admits that his ruminations are “philosophically problematic, since a Catholic columnist should presumably be trying to talk his acquaintances into having as many kids as possible.” That’s kind of odd, for I wasn’t aware that “Catholic” columnists were given to proselyting in their personal lives, but we’ll let that slide. Also, Douthat’s column was written exclusively for “young, reasonably affluent Americans,” the sort of people who may still read the Times’ “Styles” section (or say they do), and not the rest of the population, who, by and large, have children and don’t think twice about it. Or complain. Douthat speaks to his childless peers, who are on the fence about parenthood: “[I]t creates an understandable reluctance to give up the pleasures of extended brunches and long happy hours, late nights and weekend getaways, endless hours playing ‘Grand Theft Auto’ or binge-watching ‘New Girl.’”

There’s no shame in hurling after reading that crap.

Have I missed out on the masses of well-off parents whining about the rigors of being responsible for someone other than yourself? Granted, my own children are young adults now, 21 and 19, but it wasn’t so long ago that my wife and I had a second home at Tribeca’s Washington Market Park, where the boys would play in the sand (sometimes getting it in their noses), climb the jungle gym and frolic with their pre-K classmates. Melissa and I would often meet up with friends at the park, sit on the grass and gab about this or that, with one eye on our progeny. Our circle was comprised of the sort of people Douthat addresses—young and affluent—and I can’t remember even one instance of anyone “whining” about changing diapers, catching more frequent colds from the kids, interrupted sleep, ditched weekend plans or missing “appointment” TV viewing.

Of course, the conversations were often dominated by discussion of the tykes—from infants to toddlers to Little Leaguers—but no kvetching. Sure, when the expensive nursery school on Hudson St. had an outbreak of head lice and we all had to shave the heads of the kids, that was irritating, but it happens. One time, we were packed for a six a.m. flight to California, down in the street, with the driver helping to stow our luggage, and at the last minute determined that our older son’s fever was just a touch too high to risk a flight. It took some re-shuffling, but that’s what you do.

In fact, I’d say having kids toughens you up. Like most people, before I became a father my tolerance for babies crying on the train or plane was limited, although I was never rude enough to complain. Once we brought along our own kids, sometimes on long flights, they’d of course erupt, at any time, in natural tantrums, and I became oblivious to the groaning around me. One time, when Nicky was a baby, he came up with a beaut of a two-fer: first, on the descent to Rome’s airport, he peed on my tie and suit; a week later, on a ride from Heathrow to the Hyde Park Hotel, he barfed all over the car. The driver was very kind, and said not to worry, that his own children created their own bedlam. And even though we had to get the boy to the hospital to be on the safe side, there was some humor: when Melissa called the front desk to ask for a pediatrician, the Pakistani receptionist misunderstood, and five minutes later rang back and said, “Your pedicure has been scheduled!”

Certainly, the 90s in America was a time far different than when my own parents, struggling to make ends meet, raised five boys without any self-examination. Which meant that my wife and I were victims of a more narcissistic culture: who didn’t cringe when the word “playdate” became common currency? And I’m positive we attended more graduations—from first grade, second, etc.—school plays, soccer matches and the like with just two boys than my mom and dad did with their brood of five. Inescapable.

In fairness, Douthat says that becoming a father was “the most wonderful thing that’s ever happened to me.” That’s swell: so shut up about those missed brunches.