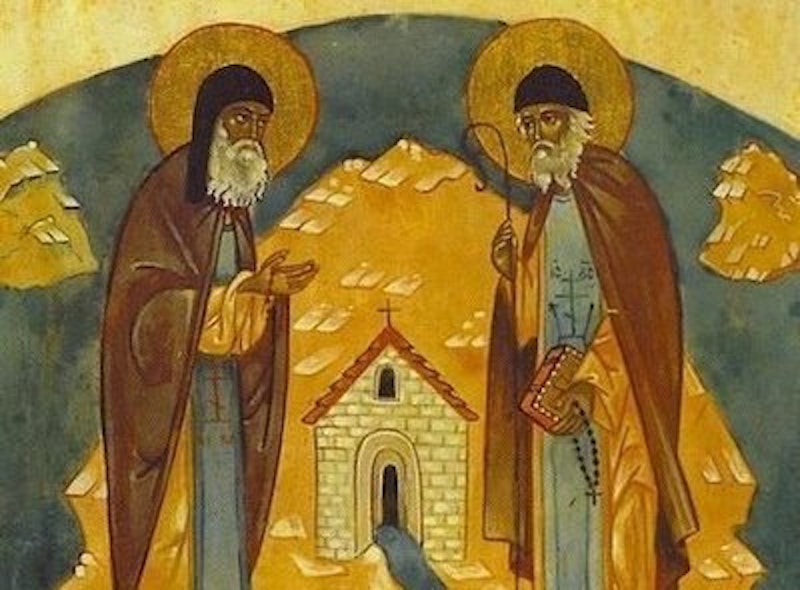 The latest salvo in this war was launched by Metropolitan Boris of Leninskoye-Timiryazevo, one of the clerics on the “bleeding edge” of the new conservative movement in the Moscow Patriarchate. At the recent Congress of Volokolamsk, Boris affirmed the message of the 2nd Encyclical of Archimandrite Vsevolod of Stalino-Sidorovsk. That message was to the effect that “hate masturbation”—which Vsevolod defined (for men) as “the manipulation of penis, and particularly the glans penis, for the purposes of issueless sexual pleasure, to the accompaniment of robust imagery depicting the merited sufferings of the enemies of the Russian Church, of the Russian People and of the Russian State, as well as of the Logos [that is, God the Father] himself”—could in “certain cases” assume a “sacramental character.”

Vague enough—and Archimandrite Vsevolod left it at that.

As for the sorts of imagery that might facilitate “hate masturbation,” Boris offered a short potential list. It included pictures of “traitor/whore” Yulia Navalnaya “photoshopped to show her being beaten with riding crops by members of Russia’s contemporary Cossack groupings, those stalwart defenders of the Russian nation”; pictures of “dissident/slut” Ksenia Sobchak “photoshopped to depict the prostitute losing what little sexual honor she yet retains to a band of honest, simple Putin-worshipping workingmen from the industrial settlement of Magnitogorsk”; and “photographs from the NKVD/KGB/FSB archives of the Ukrainian child-fascists and Enemies of the Russian People most justly starved to death by our Holy Red Tsar Stalin in the glorious National Security Action that has latterly been called the ‘Holodomor’ by the American media Jews and the Kiev Junta Nazis.”

There is a bewildering amount to unpack here, especially for the layman who’s reading all of this in translation, thus no doubt missing important nuances. First of all, it’s startling for us Russian Orthodox faithful to hear a highly placed cleric in our church admit that the Holodomor, or “Ukrainian Famine of 1932-1933,” actually happened. We have taken it on faith that this “Kremlin-motivated genocide against the Ukrainian people,” as it’s tendentiously been called, was a Western liberal hoax, dreamed up as an anti-Russian initiative by, indeed, the media Jews and the Kiev Junta Nazis.

I could go on with this, and will in the future. For the moment, though, I need to pause to digest this issue more thoroughly. One thing I do know is this: the foes of the Russian state, of the Russian church that serves it, and of us white American Anglo-Saxon Protestant converts to Russian Orthodoxy will use this issue as a weapon.