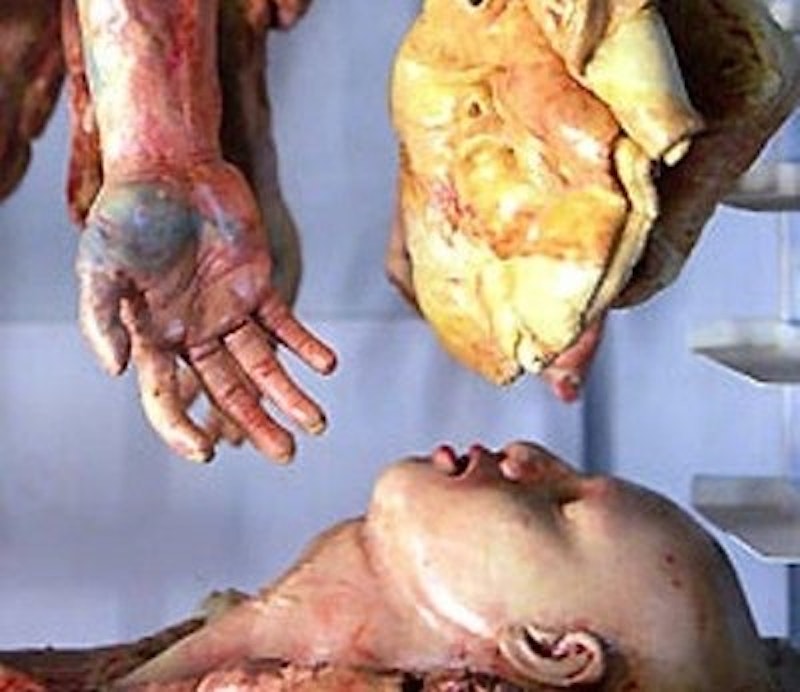 Birth and death is the sub roll that holds life together. The bread that sustains us. Everything you pile on it is your personal choice. What type of cold cuts and cheese you desire, lettuce, tomatoes, and onion are all optional. Condiments too. It’s our freedom of choice. I like mustard and mayo, but sometimes I’ll go naked with a little oil and vinegar. Other times I get double everything with hots on a toasted roll. It’s all according to preference on an given day. Life is funny like that. Some days you get extra meat and cheese. On rare days I order a salad: I may be feeling a tad green and unsure.

The 1971 musical mockumentary, 200 Motels by Frank Zappa has a prologue to a song entitled, "This town is a sealed tuna sandwich." There’re those kind of days these days too. When you're stuck in a stinking city wrapped up in the waxed paper machinations of smelling something rotten in your hometown. Possibly the madam mayor and her corrupt cronies reeking with the stench of guilt trapped inside a zip-lock bag. Or an even larger pizza scheme with all the deadly toppings including extra avarice pepperoni and anchovies of greed. A gooey cheese melt of buttery lard ass politicians and preachers. Self-proclaimed, Omni-entitled interest groups. White and full of hot air like Wonder bread. Righteous caucasians who mistakenly think they care. Even whiter shades of a tasteless pale watery soup. Bland and rotten as dirty dish soap water with a thin film of scum on a layer of all you hold dear. Leaving you nothing but the runs from an all-you-can-eat buffet.

You can’t spice up life with the hot sauce of lies and deception but we try. Those fiery hot dishes burn both ways, going in and coming out. Same with overpriced appetizers, too much bread and butter, way too full and no room left for any dessert. You may just want to go with a combo platter of little white lies and sweet nothings.

1962’s Twilight Zone episode, “To Serve Man,” was a hungry tale written in the 1950s by a starving artist named Damon Knight, about big-headed superior aliens with nefarious ulterior motives and exotic appetites who invade earth with the promise of peace and prosperity. A chicken in every pot and a spaceship in every garage. As a bonus, free cosmic rides are offered to the people of earth by the space creatures to their home planet for a quick visit and some rest and relaxation. The humans line up in droves for the journey, waiting to board giant UFO’s. Some code-breaking translator deciphers the big book that the leader of the giant brained aliens left behind. It turns out the book is a cookbook and humans are the main ingredient on the menu. Too late… dinner is served.

The 1973 film, Soylent Green is a post-apocalyptic sci-fi gem starring Charlton Heston, the man who would be Moses and a five-term president of the NRA. His co-star Edward G. Robinson was one of the greatest old time Hollywood movie gangsters. In this movie part he played a professor who helps discover that the cracker rations that feed the populous are made from people. So we are still on the menu but we didn’t know it. The cracker factory received dead bodies delivered from the city in garbage trucks. Not very tasty.

1974’s Texas Chainsaw Massacre by Tobe Hooper was banned around the world. A fine cult classic culinary example of life for supper. Meat, it’s what’s for dinner. With a Southern gothic flair for roadside gas, inbred cretins, barbeque, sausage links, and roadkill. Giving new credence to what we mean by finger licking good. New meaning to breasts and thighs. The family that kills together, eats together and they eat everything they kill.

That guy named Jesus, the one nailed up on a cross. Millions partake in his symbolic offering of flesh in a communal communion wafer. To one-up that magical feat of meat, he turns his blood into wine. Now that’s some creative cuisine. I wonder if vegans eat communion wafers? Open up another can of them pork and beans. Pass that macaroni and cheese. We do not live by bread alone. It’s a greasy deep-fried world filled with toxic fast food.

Some might be living high on the long hog. Mad cow disease evolved from cows eating feed processed from cows. Squirrel meat's common in many rural areas too, but ingesting squirrel brains can cause madness and death. Organ meat is not very musical. Bush meat is an exotic alternative but there aren’t any lizards or monkeys around here. The one simple fact we all have in common is everything we eat turns to shit. Midas had his golden touch but people who eat people are the hungriest people in the world. It’s a dog-eat-dog, eat-or-be-eaten world and we’re not the top of the food chain.