Me and My Social Conscience

Plus, Desi and his arc. 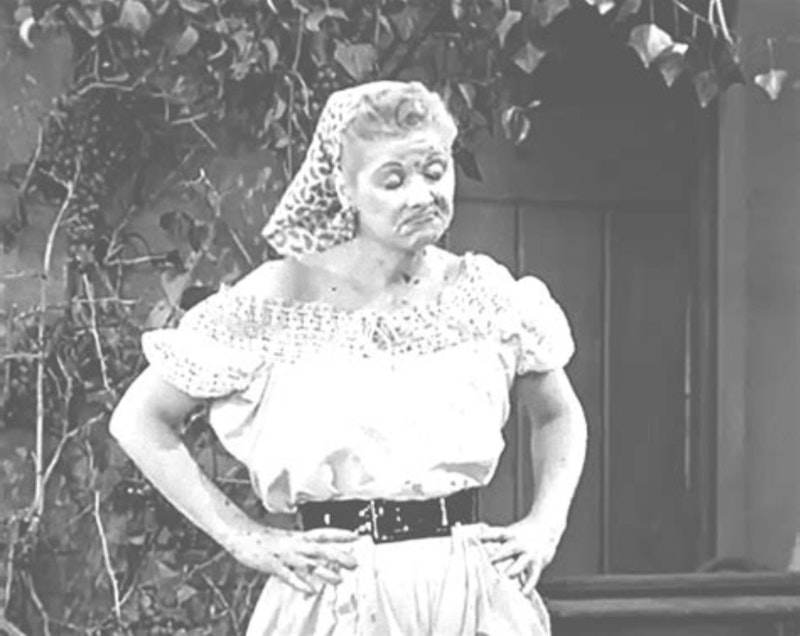 When I was a boy, I was considered a sensitive child of some promise. I still think that was right, but sensitivity of one sort doesn’t mean sensitivity of another. Here’s an example. At 14 or 15 I went through a phase for Tsarist Russia, some mild pining based on books and movies. I said I wanted to live back then. “They had serfs!” my mother protested. “I wouldn’t have been a serf,” I said.

Over the years this moment would cross my mind. A foolish memory of early adolescence, I considered it. The prattle I inflicted on my poor mother! Talking about how serfdom and I would fit in together, the terms I’d accept, when no one could pick how they were born. Then, one day in my 30s, a conceptual shift took place. It occurred to me that, really, the unfairness toward the serfs was the main point in the business. I’d been reading about the civil rights movement and perhaps that had got me thinking. If so, I wasn’t done, because after a long, long while a new wrinkle occurred to me. It was this: I wasn’t just dense, the problem went beyond that. My boyhood me had been fine with the idea of people suffering so long as he, or I, was able to benefit. I’d known those people were property, but if I got to stand on their heads everything was all right.

As a boy, I was naïve enough to highlight this attitude with my remark to my mother. As an adult, I’d reflect on the remark’s dumbness and miss what was important, that the big point about serfdom wasn’t its effect on a hypothetical me but on the people enserfed. Then, when I did tumble to the idea, I had to wait all over again before the next breakthrough, the one about what my boyhood attitude added up to. Because all that time my childhood outlook had been monstrous and I never guessed, not even on my looks back into the past.

I don’t know if this last revelation came before or after everyone was talking about “privilege.” I do think exposure to social media helped me figure things out. If nothing else, laugh at those clueless Republicans and you may take a look at your own collection of clues and notice the gaps. That’s what I did, at least in regard to this one thing. I’m still waiting to see what happens next—perhaps nothing. For now I’m reinforced in my view that I’m trivial. Whatever monstrousness I possess, it’s the dinky end of something that takes more momentous form away from my milquetoast individual existence. At 15 I wasn’t blowing up frogs, and nowadays I feel like a crumb if I’m not polite on the phone. But I was a sheltered dummy back then and maybe that’s what I am now. The doctrine of privilege tells us that enough sheltered dummies can produce a good deal of harm. If so, my dinky bit of monstrousness says I’ve done my share.

Amazon Prime Theatre. A confident Desi Arnaz (Javier Bardem) is laying it out for the suits. Lucy’s pregnancy? “An eight-episode arc,” he says. “Starting with Lucy telling Ricky the happy news and ending with the birth of the baby.” But the time is 1952 and nobody knows from arc. If a story gets told on TV, it lasts from commercial break to commercial break and then the credits roll and the story is dead. It doesn’t extend a pseudopod into the next episode and keep on going; that state of affairs won’t exist for decades. The Desi of Aaron Sorkin’s Being the Ricardos is using a piece of future shorthand. Another from Desi (on Lucy, defensively): “It’s her process.”

The movie also features a Sorkin specialty, the Tensely Great Idea. Nicole Kidman, as Lucy, is listening to a story conference. Lucy’s eyes narrow, become laser-like; the music gets high-pitched as the strings repeat an insistent thrum. The characters hush each other and Lucy speaks. The response is instantaneous.“Yes!” says one man. “There it is,” says another. A third, the chorus’s dummy, says, “What are you talking about?” And what was she talking about? What idea did the star just hand down? “She loses an earring,” Lucy said. Because they’re planning the episode with the vat of grapes.