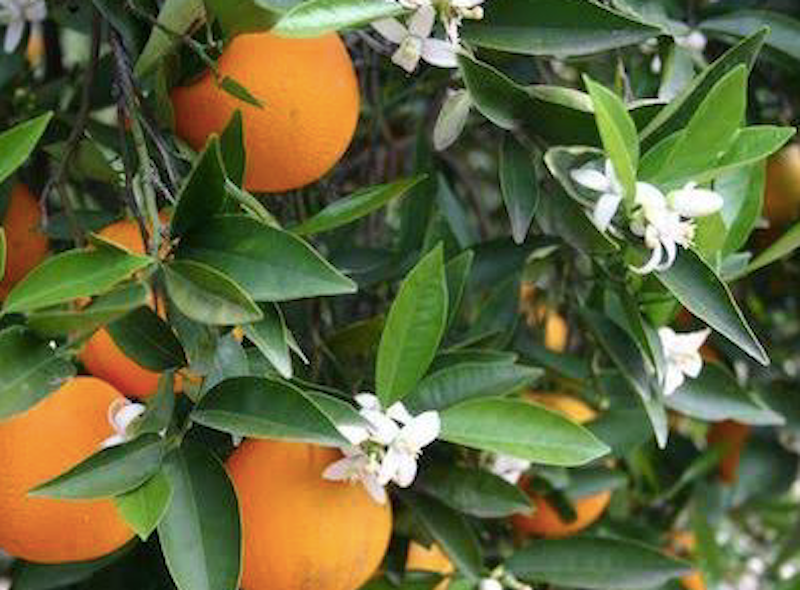 Dash and Mill settled on a June wedding, the first Sunday of the month. After tying the knot, Dash would move to Mill's Victorian across the way. He was already working with Mill and his boardinghouse pal, Bill Jones, drawing plans for work on the decrepit manse.

Bill had given the house a close inspection and was happy to report that the slate shingle roof was sound, but the roof beam could stand reinforcement. The foundation needed some support work, but nothing tragic, certainly no major surgery, he chuckled. Of course, the siding had to be scraped, primed, and painted. All of which Bill would be able to do, with a little hired help. It was an undertaking, but one that was overdue. And upon completion, the spooky old place would gleam.

Trixie Engle had no desire to live the rest of her life under Lloyd's thumb, like an insect tortured by a sadistic child. Best to extricate now. With a steak knife pilfered from room service, she waited until he was asleep and sunk it into his back to the blade's hilt. His eyes popped open, he gurgled blood onto the pillow and went limp, staring dully to a distant horizon.

Trixie washed the bloody knife in the bathroom sink and packed it into her suitcase; she'd dispose of the evidence someplace far away. She was ready to make tracks, pronto. The Do Not Disturb sign on the door knob would buy time. How long would the maid honor it? A day, certainly. Possibly two. More than that? Who knows? Honeymooners are allowed extra privacy, right?

She snuck down the stairwell to the lobby. On tenterhooks, she slipped past the dosing desk clerk. TWA ticket in her purse and hat pulled low, she took a cab to the airport.

In the terminal, sitting on a fiberglass bucket seat, legs crossed, she fought to keep from kicking her leg furiously. She was wound tight. Trixie never pretended to be an angel, but she'd never murdered anyone before. Not that Lloyd didn't deserve it, but try telling it to a judge.

She picked up a paper from the seat next to her, but couldn't focus worth a damn. Looking around at her fellow travelers—couples, families, a granny—an undertow of grief swept her down to a depth of sorrow. Bolting to the ladies' room, she locked herself in a stall and cried, silently, a handkerchief covering her trembling mouth. She shut her eyes tight as can be, but that didn't prevent big tears from falling to the tiles.

She rocked back and forth, "Oh, God! Oh, God! How did this all happen?"

That night, back home, she packed a few suitcases with clothes and jewelry. The next morning she closed her bank account, taking it in 20s, a denomination large enough for compactness, but not too big to scream for attention. Then she got in her late-model pale-yellow Dart and hit the road with a Rand McNally atlas, but not much of a plan. She had to get out, that was clear. But to where? She only had roots here. First step? Just begin, just get on the interstate and go a generous distance. She had one day of grace; with God's help, a few more.

One state west, Trixie hit back roads and small towns. She’d need a new name and had to keep a low profile. She'd lose her house, but that's the penalty. What price freedom? A substitute existence had to be concocted. Her beady little brain commenced hatching a new her. She'd be neither bottle blonde, nor her natural brunette. She'd dye her hair jet black and get a good deep tan. She'd have a new name: Rosie Hernandez. She'd gotten A's in high school Spanish. Could she pass? Si! Eez no problemo, meestor señor! Her new destiny and destination was vaguely the Southwest. "Dear God, just let me disappear, let me drop through the cracks. I'll work in the fields picking grapes or oranges or whatever it is they pick, off the books, no ID required. Just don't let me get caught. I don't want to go to the electric chair."

At a lonely scenic overlook of two picnic tables and a short hiking trail, Rosie Hernandez flung the murder weapon bouncing down a gulch into a rushing stream.

Weeks later, in a small factory in a small southern California valley town, as the sun descended, Rosie Hernandez, bone tired, shuffled to the office to retrieve her pay packet. She was a little late because she'd killed some time yakking with the gals, and found herself alone in the office with the boss man, Ramon. At his desk, he took a swig from a pint of bottom-shelf whiskey, screwed the cap back on, put the bottle in the lower desk drawer. He held up her envelope by a corner with his thumb and index finger, waved it, and said, "Come here for your moe-nee, Roe-zee! Si? Ah, she wont her moe-nee! Ah ha! Zee leetle weetch, she wont her moe-nee! Come an' get eet, my leetle weetch!"

In no mood for games, she leapt to grab the dough. Anticipating her move, Ramon hooked an arm around her waist, dragged her onto his lap and began kissing and biting her neck. She fought like a lnyx, but he was strong, too strong. For all her fury, he only laughed. "Ah ha! A hot tamale! Remove zee wrapper to get to zee spicy meat! Ah ha ha! I like zee señorita with a leetle zest! Ha ha ha! Ho ho ho!" He held one of her wrists in a viselike grip, twisted it against the small of her back, pushing her into him, his pot belly jiggling against her as he laughed. She spit in his face. Overhead, the fan twirled lazily. With her free hand she tried to push herself free, but it was like fighting quicksand. Ramon worked doggedly to open her dungarees. Rosie attempted to scratch his eyes, but he slugged her in the temple, twice, dazing her.

"Be a good leetle girl! Ramon, he no take no for zee answer!"

In her fog, Rosie grabbed a letter opener from the desk and jabbed the dull blade into the torso of her attacker. She felt it skip off a rib, and sink into guts. The two of them, still in Ramon's chair, toppled over, she landed on top of him, staring into his suddenly lifeless eyes.

Rosie jumped to her feet, shuddered, took a deep breath, nabbed her wage packet and grabbed the cash tin, hightailed it out of the office, hopped into her car. Speeding away, Rosie reverted to Trixie, leaving her temporary identity with the cooling corpse of Ramon.

Blood was on her blouse and jeans. "Ugh," she thought. "Disgusting."

On the lam again, her brain raced as she tried to cobble together yet another plan. She drove along back roads leading to a dirt road. On either side of that road were vast heavenly orange groves. It was getting dark when she spied a rugged path on her right. Desperate, she took it and drove another quarter mile before coming to a deserted weathered shack. Knowing there would be a manhunt, she parked her car around back, under a pine. It should be invisible from the air, at least from a distance.

Trixie had to put her shoulder into it, but the locked shack door opened with a crack, splintering the door jamb. Stepping inside, she blinked as her eyes grew accustomed to the dark. She took stock of her new home, one room about 10 by 15. The kitchen area had a sink with a hand pump. She tested it. After a few tries, water ran, rusty at first, then clear. No fridge, of course; too remote for power lines. There was a kerosene lantern, but she didn't dare light it. Cabinets to the right of the sink were stocked with canned goods: budget-brand soups, beans, corn, hash. An unopened jar of sweet pickles sat on the counter, its metal lid a little dusty. "Well, this is one sweet pickle I'm in! Wanted for not one, but two murders."

She filled the sink with water, added dish detergent, stripped, and let her clothes soak. Hopefully, most of the stains will wash away.

Trixie scraped the door shut, padded her way in the dark to an army cot in the corner, lay down and went to sleep.

In the morning light she woke, checked her watch: 10:06. She'd slept a long and deep sleep, felt as good as one could, considering. Trixie found a jar of instant and made a dreadful, but greatly appreciated, cup of cold coffee. As she focused, Trixie explored her tiny plot. There wasn't a stove, but outside there was a metal barbecue pit on legs. That'd be nice in normal circumstances, but now it could send a smoke signal of death. Under the cot she found a book of crossword puzzles, a pen, and maybe best of all, a .38 revolver and a box of ammo. She loaded the .38, gave the cylinder a spin.

She drained the sink, rinsed her clothes in a fresh sink of water, wrung them out, and put them out to dry on branches. The stains were fainter, but still visible.

That same morning, Dash unlocked the door to his shop, and was greeted by Novak. "Raa! Raa!" The other day, a customer had commented, "He sounds like a baby, a human baby!"

"Ah, ready for a breakfast, I see. Well, your meow is my command. Right this way, my little friend. A breakfast it shall be! A breakfast fit for the king of the beasts, pint-size edition!"

Trixie placed the pistol under the cot's flat gray pillow. She wiled away the hours doing crosswords. By noon she felt restless, but squelched the urge to step outside until evening cast its gloom. Then she went out, put on her clothes and explored. In a storage shed she discovered a transistor table radio. She clicked it on, happy to find a connection to the outside world. She also found a small box of batteries. Good luck all around! She tapped her sneakered toe to a soft-rock hit, then the news came on. The senseless murder of Ramon Gustavo was at the top of local news. He was described as a good man, a diligent worker, a faithful husband, a loving father to a heartbroken brood of eight, a sober churchgoer. "Hah! In death, the transformation! He was an indolent belligerent bastard who pinched every fanny within reach! He cursed like a son of a bitch and drank like a fish! And everyone knows it!"

The police chief announced there was a person of interest whom they sought to question. "Rosie Hernandez, a Mexi gal, five foot four, slim, cute little thing they tell me, known to drive a late-model yellow Dodge Dart hardtop. Anyone with information should contact..." Trixie snapped the radio off, but kept it in hand as she stepped out of the shed. She froze. Overhead, the sound a helicopter approaching, flying low. She jumped back into the shed, yanked the door shut. Damn! The pistol's in the shack!

Clutching the radio, Trixie crouched to the shed's dirt floor, backed into a cobwebbed corner. She closed her eyes and prayed.