A Reflection on Public and Academic Writing

Similar to teaching, students mimic the kinds of writing they have seen as examples. 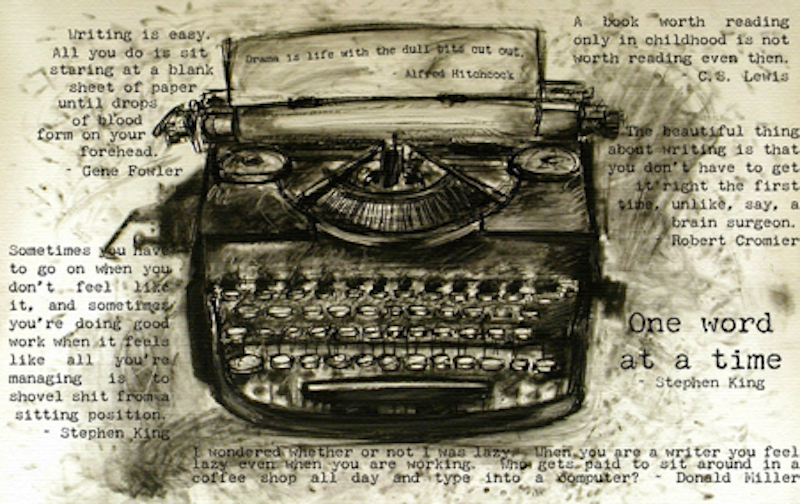 Graduate school’s a strange experience, especially for those with teaching obligations. You can regularly hear a graduate student, likely the spokesperson for many others, decry being thrown into a classroom without adequate instruction on how to teach. Sink or swim! But similar denouncements don’t happen when it comes to writing. You’re expected to know how to write. And people also assume they know how to write. Similar to teaching, students mimic the kinds of writing they have seen as examples. A lot of academic writing is terrible, even if the ideas and arguments are rigorous, and insightful. For instance, academics are prone to either physically long sentences by using unnecessary words and phrases or mentally long sentences that’re convoluted and distracting. These pitfalls make the text harder to follow than necessary. Recently, in academic philosophy, there’s a push to get more philosophers writing for the public, which I think is a fantastic idea. My confusion lies in how academic and public philosophy became so isolated in the first place, and why philosophy isn’t more public. While there are likely several reasons, I think one is a largely unnecessary distinction between academic and public writing.

Recently, on Twitter, I posed a question about books people have found helpful to develop a better style. I was hoping for book recommendations that would give practical tips without diminishing the argument or ideas. Almost no one responded. I did my own search, weeding through lists of recommendations. It didn’t surprise me that most of these focused on fiction, and as someone who has a mild aspiration to publish fiction, I bought several. For example, Janet Burroway’s fabulous book Writing Fiction is useful. But there are also books on the writer’s life, such as Bird by Bird by Anne Lamott and On Writing by Stephen King. These are teaching through example. Finally, there are excellent books for writing in general. These include: Write Tight by William Brohaugh; On Writing Well by William Zinnser; and Writing Tools by Roy Peter Clark. This doesn’t even cover the books on grammar, English usage, and classics, such as The Elements of Style.

The biggest lesson gleaned from the books: the most important distinction is that between good and bad writing. And yet we try to fit our writing into these artificial groupings: academic and public. While I’m not sure how this sharp division came about, though I have some beliefs, I’d like to see the boundary between public and academic become blurry. The cost of books and journals is already a barrier to a wider audience; we shouldn’t add incomprehensible writing as an additional barrier. I just finished a book, which I won’t name here. The basic idea revolves around public reason and conversation. Just one problem: the unwieldy and cumbersome language will never have a public audience. While this book was written for an academic audience, the main ideas would appeal to and benefit a wider audience. But the language and sentences are a hindrance.

Multiple reasons exist to explain academic writing. But I think there’s an implicit bias against simple writing, that it can’t be intellectual. Academic writing is supposed to quote and refer endlessly to other thinkers and writers, which begins the winding road of thought. Without creating a sharp distinction between academic and public writing, institutions would have trouble distinguishing work that counts toward tenure and other kinds of recognition. Plus, if most could understand academic writing, their expert knowledge would shrivel. Learning is difficult, but reading shouldn’t add to that difficulty. I’m not against jargon, technical terms, or difficult ideas. I’m only claiming that the writing shouldn’t add any extra difficulty than the subject matter demands.

One final problem that often goes under the radar is that academics, beginning in graduate school, already struggle with imposter syndrome, so they feel like they can’t go to a writing center or other university-provided help. In my experience, these centers often have no idea what to do with grad students. This problem is cyclical. But they’re kept so busy that finding time to improve writing seems impossible. Most graduate students (and then academics) think they can learn only by doing. While there’s truth to this, remember Ben Franklin’s statement: “Learn of the skillful; he who teaches himself has a fool for a master.” While writing a lot improves writing, there are tips and theories that could make the improvement occur quicker.

Writing’s difficult. Academics focus more on their ideas, which are also difficult, that they may not focus on the style of the writing itself. If we want our writing to reach a wider audience, we need to write in a way that encourages that audience without sacrificing the intellectual virtues. I envisage two circles representing writing as it’s currently practiced. They don’t touch as one is for public and the other for academic. But I’d like them to overlap more, so that maybe 50 percent is suitable for both audiences.